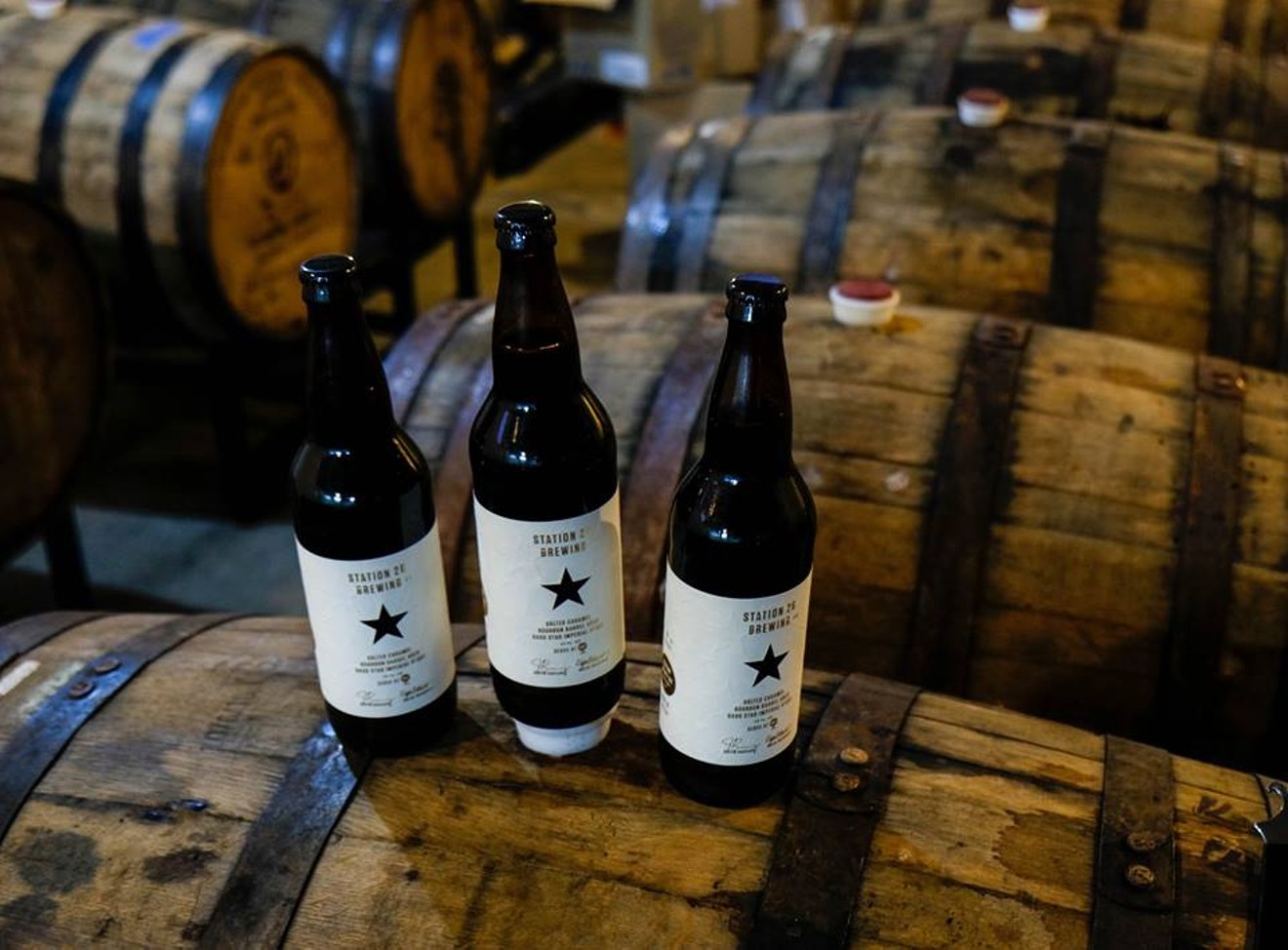 Every year for the past four, Station 26 Brewing has released its luscious Dark Star Barrel Aged Imperial Stout on the day after Thanksgiving. The brewery — and the beer — provided a welcome respite from Black Friday and from holiday madness. This time around, Station 26 will release the same beer, but under a new name.

The new name is Nightfall of Diamonds, a phrase from the Grateful Dead song "'Dark Star,' which is what the beer was originally named after," explains brewery founder Justin Baccary.

The reason for the change — and it was only a matter of time before it happened — is that Seattle's acclaimed Fremont Brewing also produces a barrel-aged stout called Dark Star, a name to which the brewery owns the trademark rights. Fremont's version has been available in Denver for the past several years on tap and in bottles. Station 26 Brewing
"The founder of Fremont, Matt Lincecum, reached out to me last fall about changing the name. We had a friendly brewer-to-brewer conversation, and we agreed that he wouldn't force a name change at the last minute for our 2017 release but that going forward we would rename," Baccary says. "And we were happy to do so."

Station 26 isn't the first Colorado brewery to have to change a beer name, but others have typically involved cease-and-desist letters rather than "friendly brewer-to-brewer conversations." They include Ursula Brewery, Diebolt Brewing, Renegade Brewing, Dry Dock Brewing, Oskar Blues and several more.

Come Black Friday (November 23 this year) at 11 a.m., Station 26 will release Nightfall of Diamonds, but only on tap. There will be ten flavor variants, along with a base version and vintage batches from years past.
KEEP WESTWORD FREE... Since we started Westword, it has been defined as the free, independent voice of Denver, and we'd like to keep it that way. With local media under siege, it's more important than ever for us to rally support behind funding our local journalism. You can help by participating in our "I Support" program, allowing us to keep offering readers access to our incisive coverage of local news, food and culture with no paywalls.
Make a one-time donation today for as little as $1.