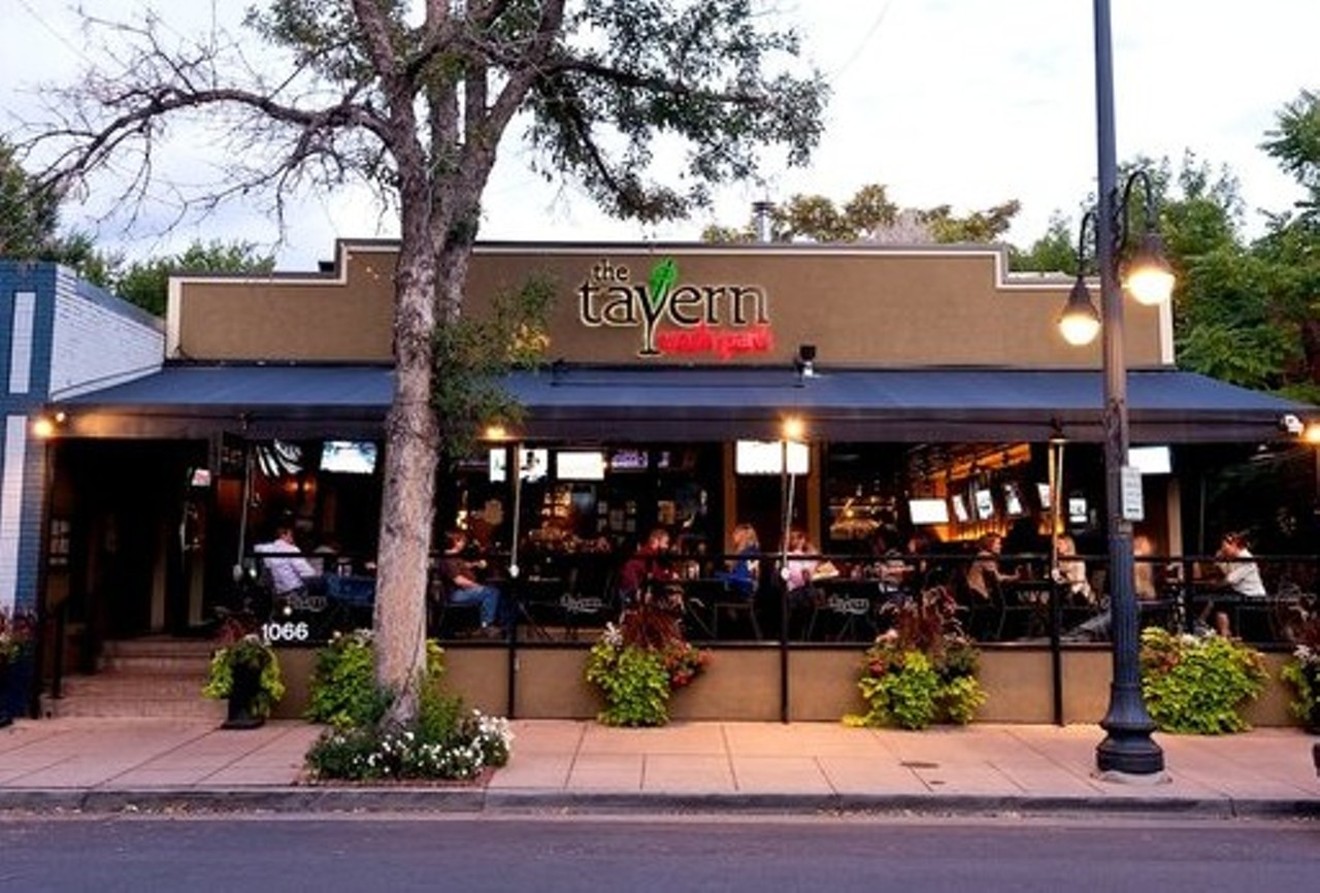 But the company will close the Wash Park outpost on Sunday, May 6, in part because sustaining two very similar restaurants in the same part of town just wasn't feasible. The Tavern Platt Park (1475 South Pearl Street) is just a mile and a half away, and it was THG's intention to change the Tavern Wash Park to a different concept when its sibling on the other side of Washington Park opened two years ago, according to Helen Wood, the company's director of marketing.

"When we opened in Platt Park, we planned on doing something new at Wash Park," Wood notes. "We considered bringing Whiskey Tango Foxtrot or Otra Vez [two of THG's other concepts], but we came to the realization that the space wasn't the best fit for what we wanted to do."
Among the issues with the building (which THG owns) is that there's no possibility of adding a rooftop patio, something that has become a signature amenity for the company's restaurants. The Tavern Platt Park was built with all the best aspects of the other locations, including a retractable roof, a huge lineup of draft beers and a menu that goes beyond bar-food standards.

But the existing architecture and lack of space prohibit THG from making similar upgrades to the Wash Park address, so instead the restaurant will close and THG will either lease out or sell the building — but not before throwing a big sendoff party. Details are still in the works, but Wood says the company wants to say goodbye to Washington Park neighbors on May 6, and hopefully say hello to them as they find their way to the Tavern Platt Park.

Tavern Wash Park employees will also be finding their way to Platt Park and other THG restaurants, as they've all been given the opportunity to continue working for the company.

In addition to the Tavern group, THG also runs Whiskey Tango Foxtrot, the Cowboy Lounge, the Soiled Dove, Otra Vez and Chopper's Sports Grill. The Tavern Uptown is currently closed for redevelopment of the building but will reopen once construction of a new apartment complex above and around it is complete.
KEEP WESTWORD FREE... Since we started Westword, it has been defined as the free, independent voice of Denver, and we'd like to keep it that way. With local media under siege, it's more important than ever for us to rally support behind funding our local journalism. You can help by participating in our "I Support" program, allowing us to keep offering readers access to our incisive coverage of local news, food and culture with no paywalls.
Make a one-time donation today for as little as $1.