Teocalli Cocina's Arvada location is open and airy. Tom Hellauer
In 2019, Grant Hopfenspirger, son of the restaurateurs who created the local retro-diner chain Gunther Toody's, opened Teocalli Cocina in Lafayette. This past Valentine's Day, he debuted a second location in Olde Town Arvada, adding a vibrant new dining option to the historic area, which has seen several restaurants shutter in the past two years.

The Mexican eatery, well known in Lafayette for its tacos and tequila, is breathing a bit of life into the busy corner of Ralston Road and Olde Wadsworth Boulevard. Despite its accessible location, the property had not been occupied since the closing of Griff's Hamburgers in 2015.

Hopfenspirger happened to walk by the closed Griff's a few years back, at a time when he was looking to expand his business. "We spent a lot time just cruising around the Denver area just seeing what we liked, but I always kind of reverted back to here," he explains. "There was just a piece of legal paper taped to the door, probably years before we even walked by, and we found a number on there. ... We reached out to the previous owner, and they were willing to sell it."

After about seven months of construction and renovations and a few more months of permitting and training, the latest Teocalli Cocina has been humming along steadily since opening. "I think there's been a lot of appreciation that we kind of redeveloped this corner of the city and give another good option for people to eat in this area," Hopfenspirger says. The new iteration of Teocalli Cocina stays true to the original in Lafayette, from the menu items to some of the decor. "We're trying to keep it as consistent as possible so we have the same menu from store to store," he adds. "You should be able to go to Lafayette or Arvada and have the same experience."

The food offerings at both outposts spotlight executive chef Julio Gaspar's traditional Mexican culinary background. "[Julio] is kind of the whole brains behind the kitchen side of things," Hopfenspirger notes. The tacos and other areas of the menu mix classic recipes and flavors with contemporary ingredients like mahi, bigeye tuna and tempura-fried avocado.

Traditionalists can rejoice, as well. The tacos, even Teocalli Cocina's boldest in experimentation, are reminiscent of traditional street tacos, presented on housemade corn tortillas with wedges of lime resting neatly on the side and cilantro sprinkled on top. Pickled onions, caramelized leeks and mango salsa are some of the more playful toppings, slightly upending the standard chopped onion, lime and cilantro street taco formula.

For those interested in more time-honored ingredients, carnitas, carne asada and other common options pair nicely in a mix-and-match fashion — Teocalli even won the people's choice award for best carne asada taco at Denver's Top Taco festival last year. An interesting array of enchiladas (both Swiss and Oaxacan styles) and lighter offerings like pozole and queso fundido help balance out the rest of the menu, which centers around several pork, seafood and steak dishes.

Teocalli Cocina's libations also have a flair for the exotic, with tequila and mezcal taking center stage alongside a multitude of fresh fruit juice cocktails. "We juice everything. It's about two and a half hours to actually prep in the morning," bartender Jenna Castello says. The Transplante is made with pineapple run, coconut milk and fresh lemon.
Tom Hellauer
"We do a real traditional way of serving our mezcal, with worm salt and grapefruit," Hopfenspirger adds. Worm salt, or sal de gusano, is a common Mexican garnish with a spicy-smoky flavor that's just now gaining traction in the United States. Another house favorite, the aro de fuego margarita, stars a jalapeño-infused tequila with housemade sour cilantro simple syrup and lime. The eatery offers several Colorado-based beers on tap, including some from its Arvada neighbor, Denver Beer Company, as well as a curated wine list.

Although only open since mid-February, Teocalli Cocina is already drawing the attention of locals and operating smoothly with a full staff, thanks in part to some thorough planning. "We had time, and we knew what our goal was for opening this place, so we developed other managers [in Lafayette] and did some training with hourly employees," Hopfenspirger explains.

Word of mouth, vibrant music and a colorful mural from local artist Chad Bolsinger have also helped draw patrons in. Hopfenspirger hopes to start pulling in more foot traffic from Olde Wadsworth, which was closed off to vehicle traffic just a block south of Teocalli Cocina to promote outdoor patio dining and attract passersby during the pandemic. "We're really looking forward to summertime," he says. "Seeing that first community event with St. Patrick's Day and farmers' markets coming up is probably what makes things feel pretty good down here." Over the summer, Hopfenspirger plans to have patio concerts on alternating nights with Denver Beer Company. "I think they're trying to do Wednesday or Thursday. We're just trying to engage this corner between the two of us," he says. The outdoor appeal was important to Hopfenspirger, who is an avid skier and a Colorado native.

It may also have some bearing on Teocalli Cocina's future. The Arvada location was Hopfenspirger's "first development project, essentially," he says. "We do want one or two more, maybe another concept at some point in time. Where number three is — do we go north or south or west? Who knows? We really like being in the mountains, whether that would be an opportunity to be somewhere up toward Summit County, Frisco — you never know."

While Hopfenspirger looks to the future, at present there is a new mainstay in Olde Town Arvada. "We like that destination and being a part of the local community, so this was a good fit down here," he concludes.

Teocalli Cocina Arvada is located at 5570 Olde Wadsworth Boulevard and is open from 11:30 a.m. to 9 p.m. Monday through Saturday and 11:30 a.m. to 8 p.m. Sunday. For more information, visit teocallicocina.com.
KEEP WESTWORD FREE... Since we started Westword, it has been defined as the free, independent voice of Denver, and we'd like to keep it that way. With local media under siege, it's more important than ever for us to rally support behind funding our local journalism. You can help by participating in our "I Support" program, allowing us to keep offering readers access to our incisive coverage of local news, food and culture with no paywalls.
Make a one-time donation today for as little as $1. 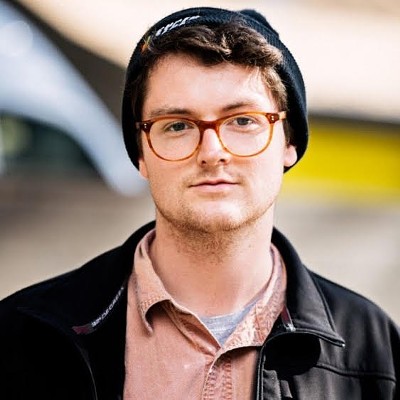