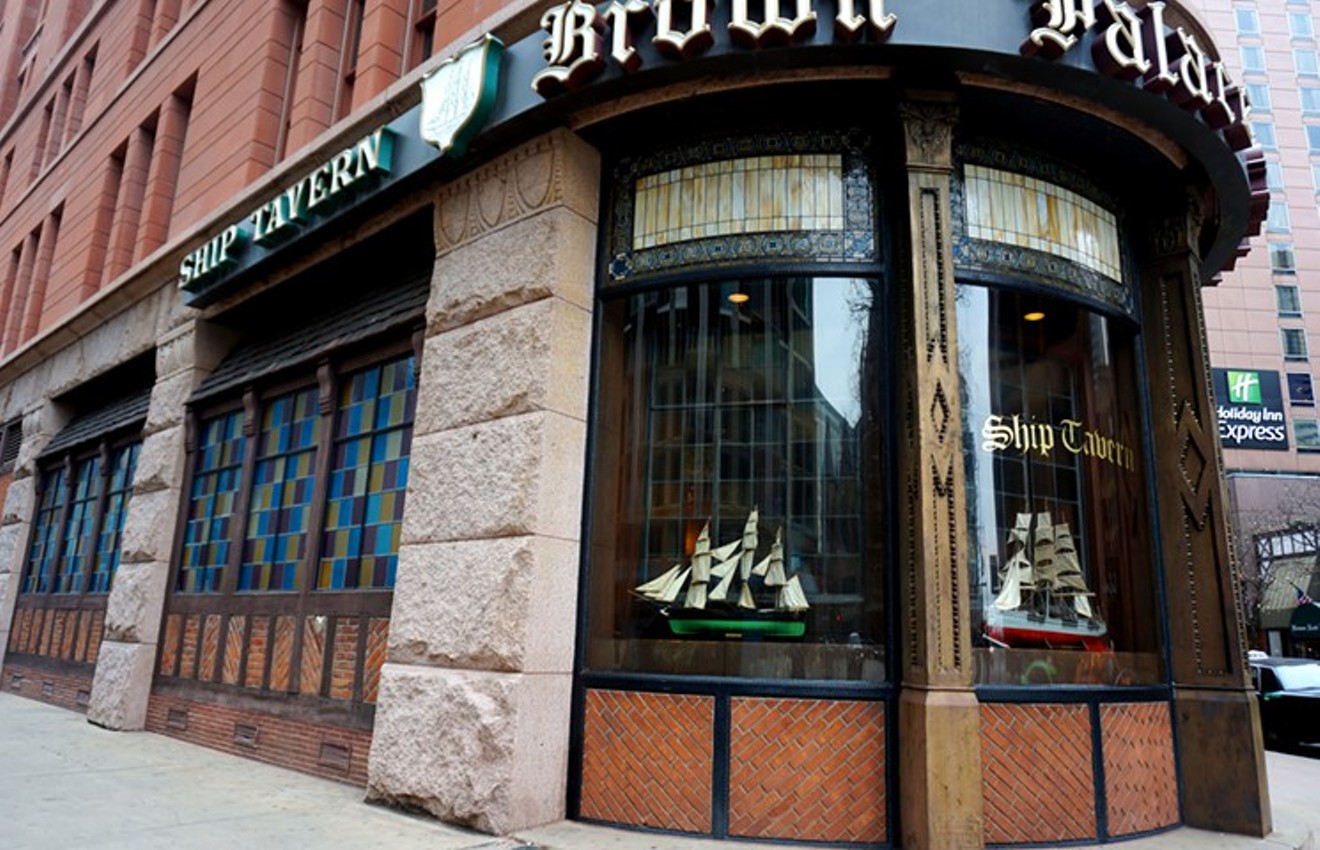 The outside of the iconic Ship Tavern. Mark Antonation
In the year after Prohibition ended, Denver's watering holes were suddenly awash in business. To accommodate the cocktailing crowd, the Brown Palace renovated its corner lounge into a true tavern: the Ship Tavern, which opened on August 24, 1934.

When the Brown was built, in 1892, this space held shops; just before Prohibition, it was turned into a gentlemen's lounge that offered a high tea for ladies from 4 to 6 p.m. Now designers decided to take the room back to the late 1800s, with a dark, clubby look.

In this landlocked state, the fish-out-of-water nautical theme was inspired by a collection of fifteen model clipper ships that Claude "C.K." Boettcher, who owned the hotel with his father, Charles Boettcher Sr., had brought home to his mansion at 400 East Eighth Avenue. His wife, Edna, took one look at the models and wisely suggested that they would look ship-shape at the Brown. 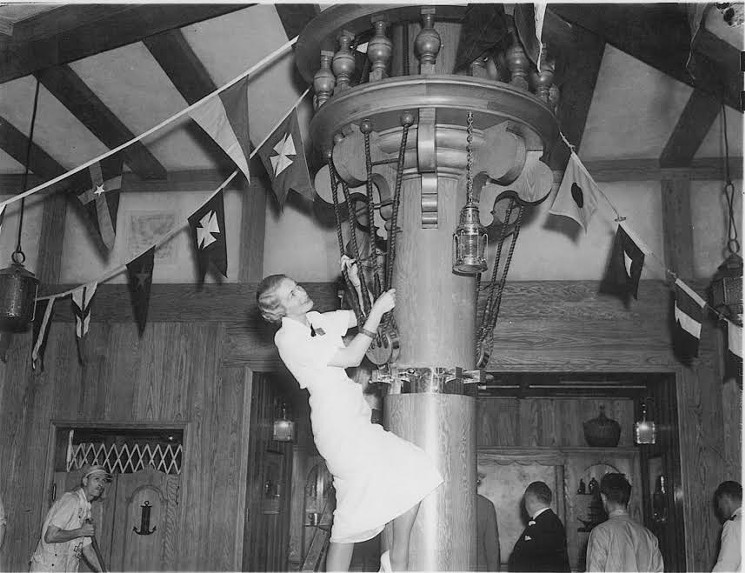 An intrepid Brown employee climbs the new crow's nest in the tavern.
Courtesy the Brown Palace
Today the former Boettcher home is the Governor's Residence, and it still has a couple of the ships. The others were all displayed in the Ship Tavern, which was also decked out with bar stools with anchor insignia, maps of the ocean, captain's chairs and a crow's nest right in the center to disguise a support. "One of the designers had this brilliant idea to rig it up as a crow's nest," says Debra Faulkner, the Brown Palace's historian. "They had to search quite a while to find someone who could rig up a crow's nest."
The looks of the bar didn't change much over the next eighty years. But after an affiliate of the Dallas-based Trammell Crow bought the Brown Palace three years ago, the renovation that the previous owners had started on the outside apparently moved inside.

New furniture in the Ship Tavern.
Mark Antonation
We recently revisited the Ship Tavern in our search for the Ten Most Iconic Bars in Denver, and noticed that the blue-and-white-checked tablecloths are gone. A few old wooden tables remain, but the others look like formica with racing stripes, and new high-tops are crammed close to those lower tables. Most of the captain's chairs are gone, too, replaced by orange vinyl chairs that look like they were lifted from a diner. (And a smart diner owner might now have the former Ship Tavern furniture; when the space was redecorated, the unwanted furnishings were reportedly left out on the sidewalk.) 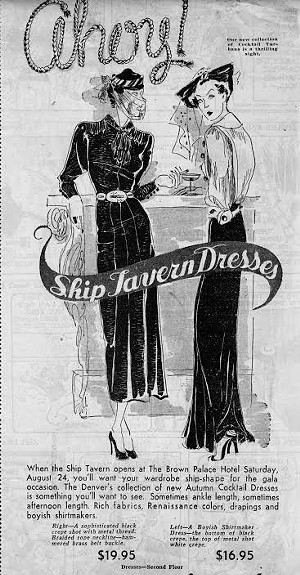 According to the Brown's publicist, the new furniture is part of a "soft" renovation that also included repainting the ceiling and installing some new light fixtures (which blend in well). "That is all that's planned for the year, renovation-wise," she says.  That's good news, but still, we'd recommend throwing the high-tops and orange vinyl overboard.

Other notable hoteliers had made a run at the Brown — including Philip Anschutz, whose renovation projects at the Broadmoor have been widely lauded, and Sage Restaurant Group, which is in the process of restoring the Cruise Room to its former iconic glory.  The new owners of the Brown might want to take a look at the work Sage is doing there, before any more changes at the Ship Tavern torpedo its chances of remaining on our list of Denver's most iconic bars.