Le Méridien Hotel Will Open This Summer With Two Restaurants: Corinne and 54thirty 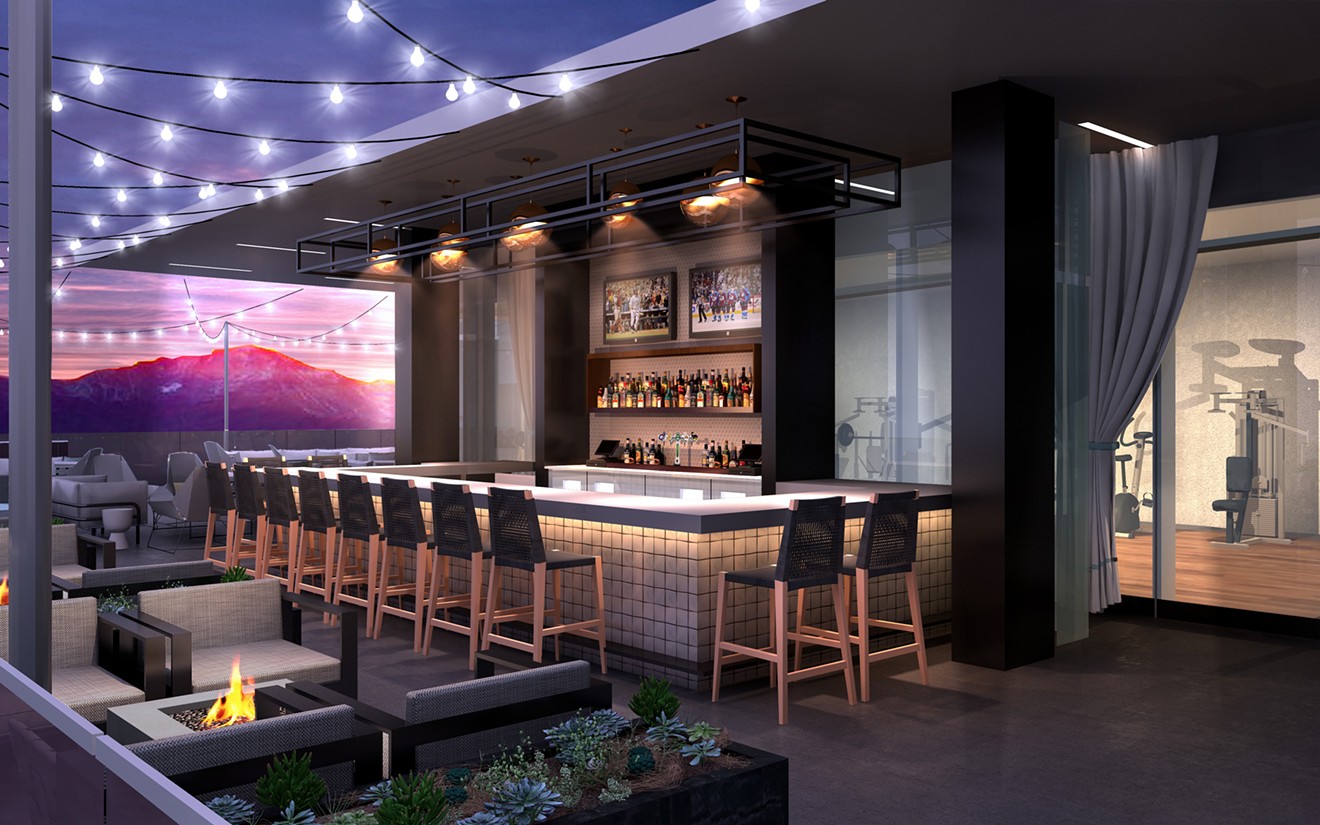 Helming the kitchen of both concepts is Tobias Burkhalter, who was most recently executive sous-chef at the downtown Denver Westin, after stints at the St. Regis in Aspen and the downtown Denver Sheraton. A native of Switzerland and an alum of Michelin-starred restaurants in Europe, Burkhalter says he's creating an approachable menu rooted in American comfort food. "These are foods you can recognize and relate to," he says. "They're not pretentious. This is food people can identify with, what people love to eat. The menus will be simple and uncomplicated, but well executed."

Burkhalter says the kitchen is still finalizing the menus, so he's unwilling to share specifics. But he will say that he and his team are using local produce and products, an emphasis that will carry over to the drinks menu, which is built around craft cocktails and local draft beer. A rendering of Corinne's dining room.
Le Meridien
Corinne will serve breakfast, lunch and dinner, while 54thirty will focus more on shared bites with global inspiration. Burkhalter says he's drawing from his experience in cities such as Paris and Barcelona for the bar slate. 54thirty will also boast sweeping views of the Rockies and a number of fire pits.

Burkhalter says the goal at both offerings is to create "uncomplicated, socially engaged, neighborhood all-day spots with approachable food and drinks and engaged service." They'll also highlight items from local partners like Laws Whiskey House and Infinite Monkey Theorem Urban Winery, which will also be destinations for private tours offered to hotel guests. In a similar vein, the hotel plans to host pickling classes with local brine expert the Real Dill.

The opening is tentatively slated for August, though the hotel cautions that a firm date is still a bit of a moving target.
KEEP WESTWORD FREE... Since we started Westword, it has been defined as the free, independent voice of Denver, and we'd like to keep it that way. With local media under siege, it's more important than ever for us to rally support behind funding our local journalism. You can help by participating in our "I Support" program, allowing us to keep offering readers access to our incisive coverage of local news, food and culture with no paywalls.
Make a one-time donation today for as little as $1.