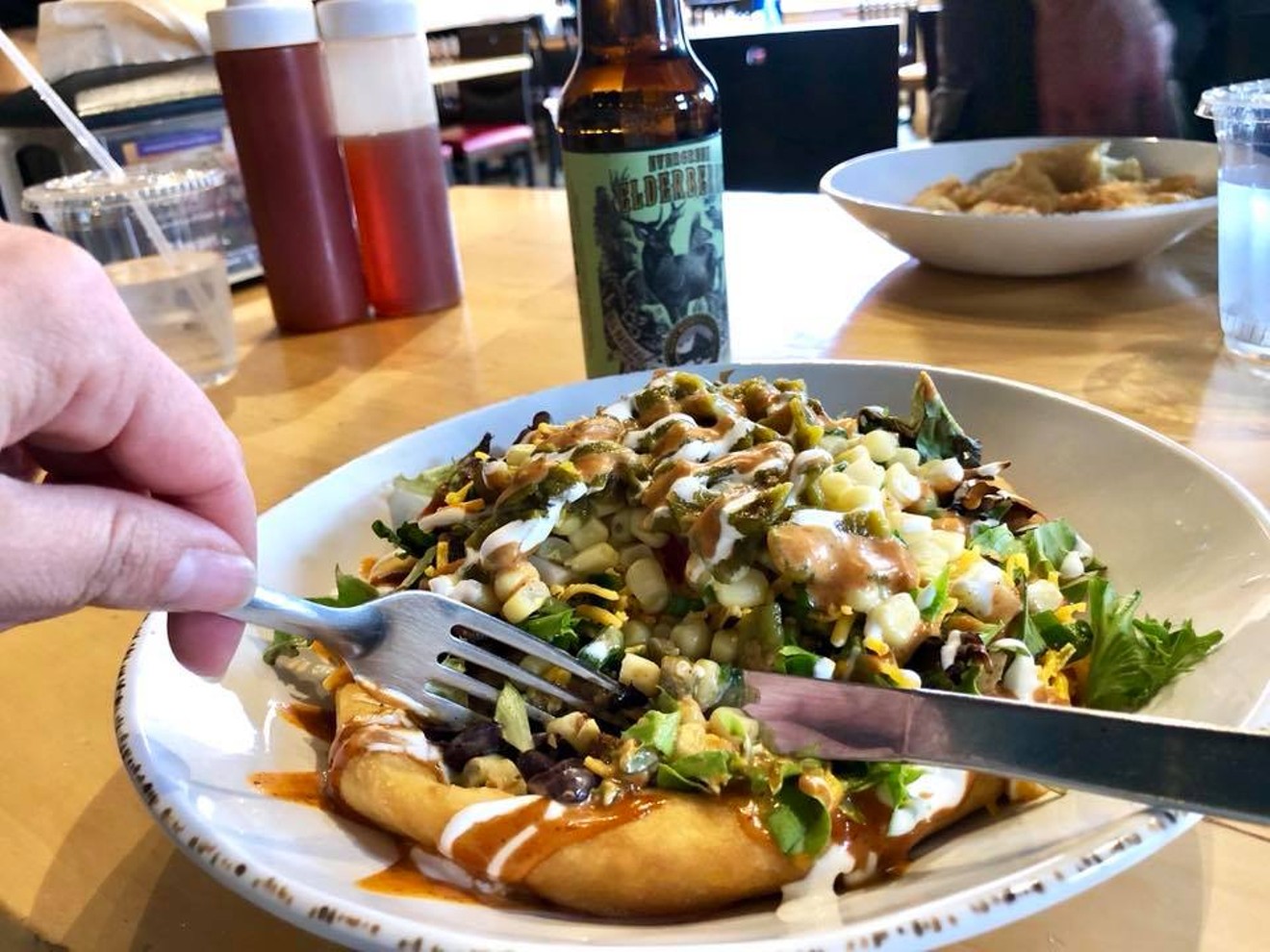 Many of the ingredients on Tocabe's menu come from Native American producers. Courtesy Tocabe, An American Indian Eatery Facebook
Creating Native American cuisine goes beyond recipes; the ingredients and where they come from are just as important. So when Ben Jacobs and Matt Chandra, owners of the Tocabe restaurants in Greenwood Village and Denver's Berkeley neighborhood, had to shut down their eateries specializing in Native American food, they worried that they'd also affect the farmers and other producers who provide the raw ingredients for their menus.

After the coronavirus restaurant shutdown began statewide in mid-March, Jacobs and Chandra tried briefly to keep things going as a takeout-only business, but soon decided that they would rather try to keep their employees safe than take in a few extra dollars. "We have people who have children, people who live in multi-generational families who work for us, and we didn't want to take the risk," Jacobs explains.

But closing the doors to the two fast-casual restaurants came with another price: ending purchases from Native American communities around the U.S. Tocabe buys wild rice from Red Lake Nation Foods in Minnesota, beans and wheat berries from Ramona Farms in Arizona, and Indian corn and blue corn from Bow & Arrow Brand, part of the Ute Mountain Ute Tribe Farm & Ranch Enterprise. "We normally go through several hundred pounds a month of wild rice," Jacobs notes. "That and the Ramona Farms wheat berries have become our mainstays and most popular items over the past couple of years." 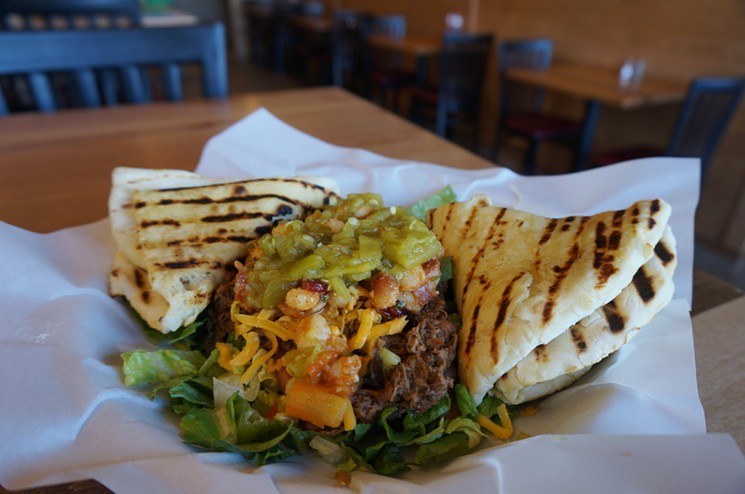 Tocabe will be back beginning June 4.
Mark Antonation
The business partners applied for federal funding to help with payroll, but worried that they might have to lay people off again once that money ran out. So they launched a GoFundMe campaign and raised more than $30,000 to help fund the reopening of the restaurants. With that, Jacobs says he'll be able to expand the company's initiatives to support food producers.

"We're trying to survive as a business, but we also want to support communities trying to survive," he adds. "It's not just what's happening in Indian country now, but what's going to happen in six months? Now is the time to start preparing. Small places like us can genuinely impact our community members who need support."

Both Tocabe locations will reopen this Thursday, June 4, with limited hours and in-house dining. "I don't want to over-commit too soon — having too many people here doesn't feel right," Jacobs says. "Our number-one concern is the care of our community; it's easier to add days, so we're going to slowly wade back into the water."

It will be a while before Tocabe can get back to its pre-COVID level of sales, but the owners are still committed to partnering with organizations that assist the Native American urban population, such as Denver Indian Family Resource Center, Denver Indian Center and Denver American Indian Commission. And they're also looking forward to once again bringing in olive oil from the Yocha Dehe tribe in northern California, maple syrup from the Ojibwes of the Great Lakes region, and local bison from Rock River Ranches.

Beginning June 4, the original Tocabe, at 3536 West 44th Avenue, will be open for curbside pick-up, delivery and limited in-house dining from 11 a.m. to 8 p.m. Wednesday through Saturday and noon to 8 p.m. Sunday. And the Greenwood Village location, at 8181 East Arapahoe Road, will be open from 11 a.m. to 7 p.m. Tuesday through Saturday. Call 720-524-8282 (Denver) or 720-485-6739 (Greenwood Village) for details and ordering.
KEEP WESTWORD FREE... Since we started Westword, it has been defined as the free, independent voice of Denver, and we'd like to keep it that way. With local media under siege, it's more important than ever for us to rally support behind funding our local journalism. You can help by participating in our "I Support" program, allowing us to keep offering readers access to our incisive coverage of local news, food and culture with no paywalls.
Make a one-time donation today for as little as $1.