From Tosh's Hacienda to the Denver Wrangler to Housing? 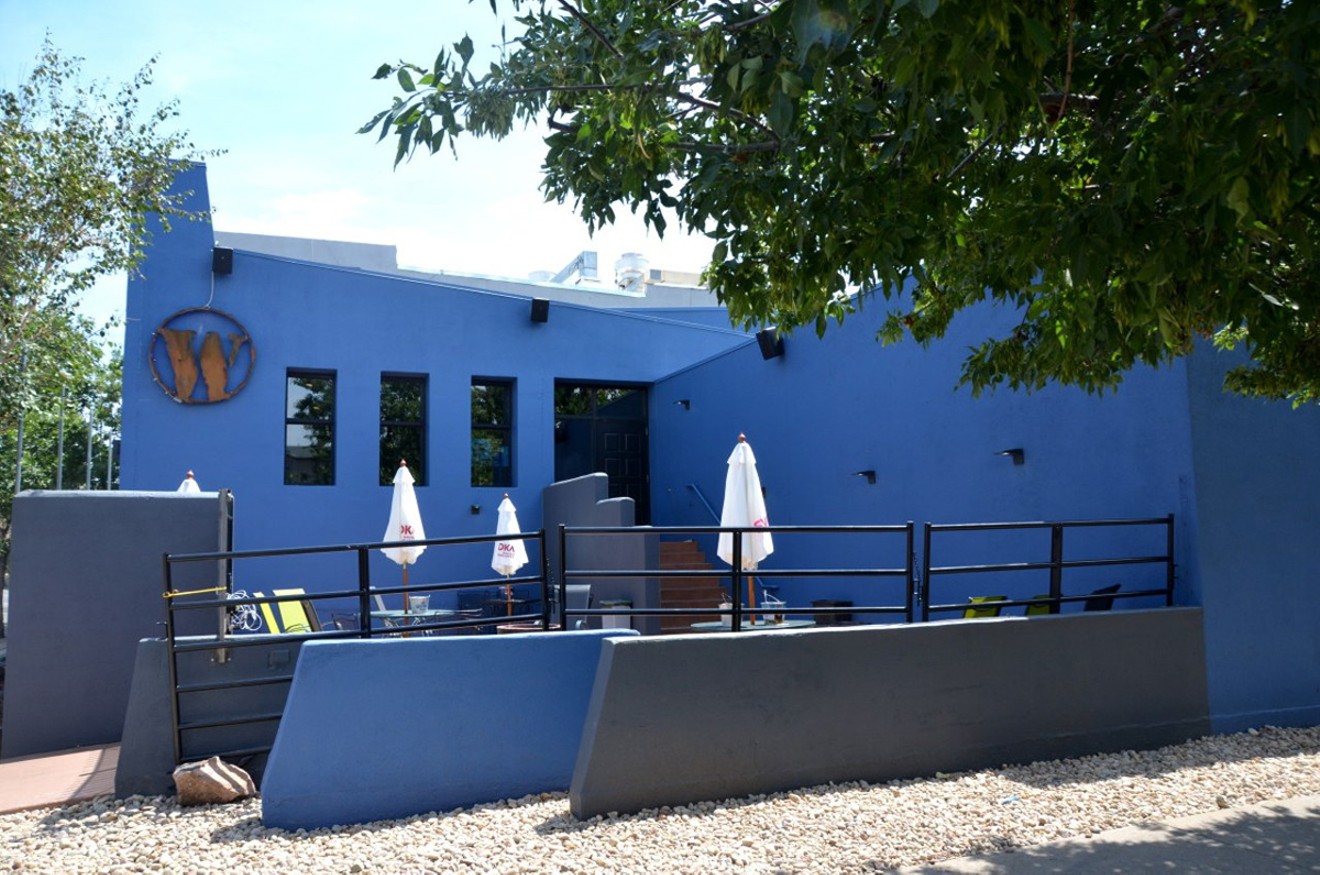 The Wrangler left 3090 Downing Street last month. Lindsey Bartlett
A string of restaurants and bars have taken on the space in a former church at 3090 Downing Street for sixty years, and most haven't had a prayer of surviving. But now that long, lousy run may be coming to an end.

The first, and most successful, was La Hacienda, founded in Five Points in the ’40s by the Mackintosh family. "Yes, a Scottish family making their nickels rolling tamales sounds a lot like a cat working as an astrophysicist, but there's quite a back-story here," Jason Sheehan reported in 2005, when he reviewed the restaurant. "The Mackintosh clan were early immigrants to Old Mexico, where they put down roots as ranchers. And they did well, if legend is to be believed, right up until the Mexican Revolution, when Grandpappy Mackintosh was shot down by Zapatistas trying to drive the foreign devils and hacendados out of their ancestral whatever.

"It worked, at least as far as the Mackintoshes were concerned. Salvador, one of the Mackintosh sons, fled north across the border into Texas and eventually landed in Denver, where he got a job boning ham for Armour Meats. The meatpacking job ended when Salvador got into a scrap with his boss. He entered into a tamal venture with the Gonzales family — locals with a name more suited to Mexican food — but bailed out less than a year later after another dust-up," Sheehan continued. "Finally, he and his family — wife Esther and seven children — got into the restaurant business on their own. Already two generations removed from the haggis and shortbread of his forebears, Salvador started La Hacienda, a takeout tamal enterprise that operated out of the Mackintosh home. From takeout in the kitchen to sit-down service in the front room, the business kept growing, and when the demand for Mackintosh tamales became overwhelming, the family hastily constructed a building on the front lawn of their home on Downing Street. This served as La Hacienda's base of operations until 1956, when Salvador sold it and moved operations down the street to an old church."

That was 3090 Downing Street, and the structure, like the business, grew as son Ruben Mackintosh and four of his brothers decided to expand the family business, adding carry-out tamal shacks around the city, selling tortillas and tortilla chips wholesale, and still running the full-service restaurant. Finally, the family partnership dissolved, and Ruben closed everything except the flagship restaurant, renamed Tosh's Hacienda.

And then he got ambitious all over again. A loan from the Mayor's Office of Economic Development in the ’90s allowed La Hacienda to update and double in size, and Ruben (along with four of his kids and their spouses) went on to open a second location in the Denver Tech Center and a third in Tubac, Arizona. 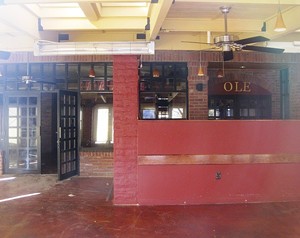 Tosh's closed over a decade ago.
Lori Midson

But once again, the family was overextended. A couple of members split off and took over the Arizona restaurant, the Tech Center restaurant shut down — and the original Hacienda was put on the block in 2006 because of its unpaid loans to the city, all HUD Community Development Block Grants.

"For me," Bill Lysaught, then the head of the city's Office of Economic Development, said at the time, "the sad part is that they were the only economic activity in that neighborhood for all the very bad years, and now, with all the new household density and neighborhood improvement, they aren’t there to take advantage of it."

But all that density didn't improve the chances of the tenants that subsequently attempted to make a go of 3090 Downing. Among the places it swallowed up: the Kiva Restaurant, Club Dynasty (whose dress code might have hastened its demise: "no hats, white tees, do rags or sports apparell. ladies no tennis shoes, period!"), Blackberries Bar & Grill, 3090 Eden (a swingers' club that didn't have enough swingers), the unfortunately named Swallows (a bar that was not related to the swingers' club) and the Downing Street Grill.

Two years ago, though, it looked like the building might finally break free of its dark-hole status. Chris Dawkins, the owner of the Denver Wrangler, a popular bear bar on East 17th Avenue, closed that location and bought the building for $2.38 million through JoelChip LLC, reopening the Wrangler there in August 2016. The Wrangler leased restaurant space to Mary Jane's Pizza, which moved over from Highland but wound up moving out in a lease dispute. It was replaced, briefly, by the Hungry Bear Kitchen.

And last month, the Wrangler, too, gave up the ghost after one last big beer bash. According to Denver Business News, JoelChip sold the property to 3090 Downing Investors for $2.95 million; the California-based company shares an address with GHC Housing Partners, which purchased other parcels on the same block earlier this year. GHC acquires and develops affordable-housing communities throughout the United States, according to its website.

Unlike restaurants and bars, maybe housing will find a real home at this address.
KEEP WESTWORD FREE... Since we started Westword, it has been defined as the free, independent voice of Denver, and we'd like to keep it that way. With local media under siege, it's more important than ever for us to rally support behind funding our local journalism. You can help by participating in our "I Support" program, allowing us to keep offering readers access to our incisive coverage of local news, food and culture with no paywalls.
Make a one-time donation today for as little as $1.