What Happens When You Blend Three GABF Medal-Winning Beers?

Jonathan Shikes
In 2016, Jamie Williams cheered as his friends at Baere Brewing took home a bronze medal for their saison from the Great American Beer Festival. The next year, he cheered as his buddies at Our Mutual Friend Brewing won silver for Saison Trystero, a Brett beer. And then, to his delight, Williams's home-brew shop and brewery, Co-Brew, won its own bronze medal for the farmhouse saison it had entered in the GABF. 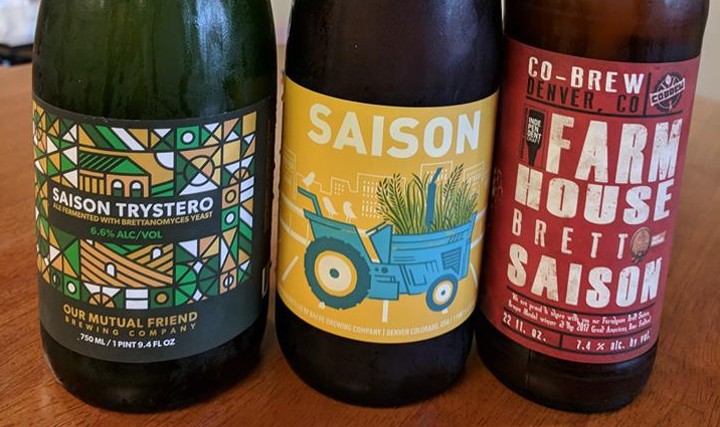 The three medal-winning beers.
Co-Brew
It didn't matter. The three breweries gathered in January at Co-Brew, where they each brewed their own beer — with their own yeast strains — on the store's three small, twenty-gallon home-brewing systems. Then they blended the beers together and aged them for six months in a Chardonnay barrel. 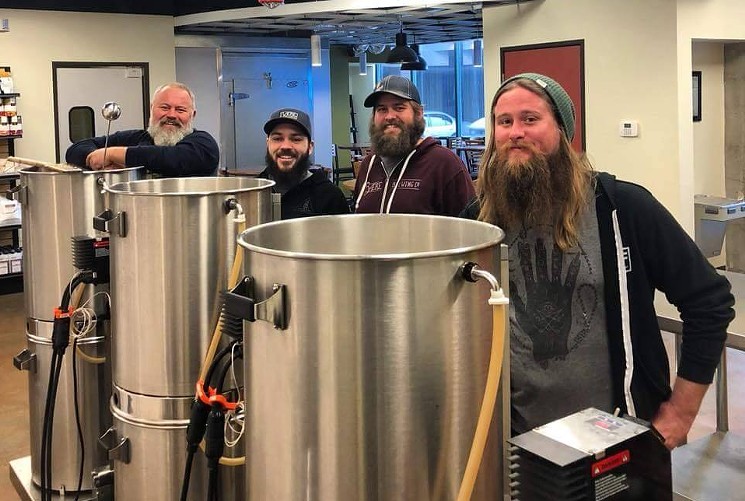 Brew day at Co-Brew.
Co-Brew
"There's no other brewery in Denver that can brew three beers at a time," says Williams, who used his store's software to scale the recipes down to the right size. "So I think those guys had fun."

Last month, they bottled the beer. It's called Alloy, named after the word for a metal that is created by combining two or more  metals — or, in this case, medals.

The resulting beer, which went on sale in bottles on September 19, showcases the friendship between the three breweries, along with their house cultures and methodologies. Still, it tastes a little more like an OMF beer,  Williams acknowledges, because that brewery's yeast strain is much stronger than the others.
KEEP WESTWORD FREE... Since we started Westword, it has been defined as the free, independent voice of Denver, and we'd like to keep it that way. With local media under siege, it's more important than ever for us to rally support behind funding our local journalism. You can help by participating in our "I Support" program, allowing us to keep offering readers access to our incisive coverage of local news, food and culture with no paywalls.
Make a one-time donation today for as little as $1.