Reader: Denver Has Become as Pretentious as Hell! 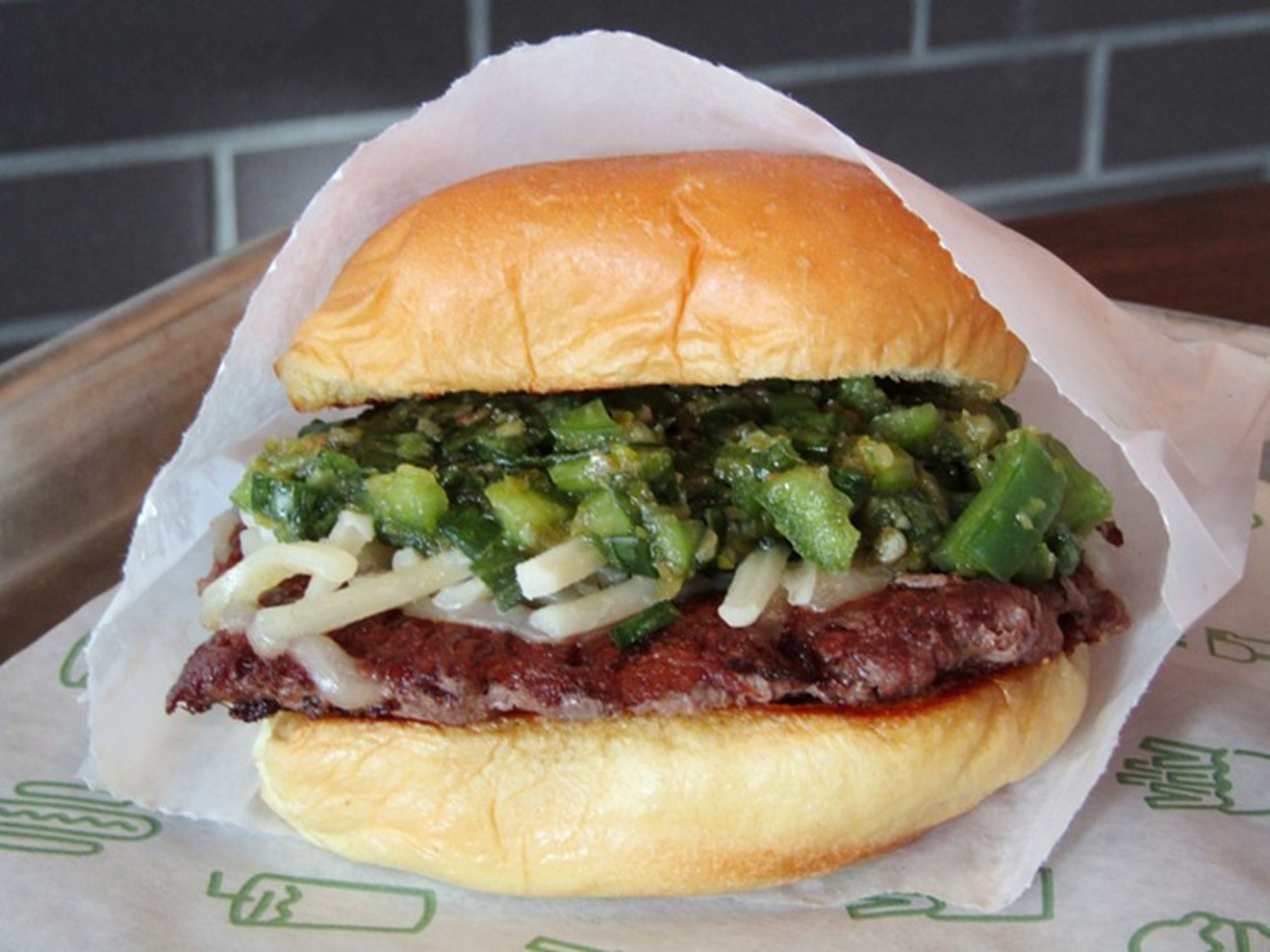 The Green Chile CheddarShack at Shake Shack. Mark Antonation
The same week that Shake Shack opened in RiNo, the reboot of the Campus Lounge closed its doors. Shake Shack is the brainchild of restaurateur Danny Meyer; while the chain has popped up in many cities since it first opened in New York City 2004, it didn't debut in Denver until late March, when long lines waited outside 2995 Larimer Street.

In honor of its long-anticipated appearance in Denver, Shake Shack is offering a regional special: the Green Chile CheddarShack. The burger is topped with chopped green chiles, a far cry from the gravy-like green that's a favorite around Denver, smothering everything from burritos to Mexican hamburgers. It was a mainstay at the original Campus, but wasn't on the menu at the new Campus. And that's not all readers missed; owner Dan Landes admits that neighbors saw the place as "pretentious" rather than welcoming.

Readers were quick to notice the irony of the Campus closing at the same time Shake Shack was attracting crowds to an area where gentrification is a hot topic. Says Anwar:

Denver loves pretentiousness! It has become the defining characteristic of the city!

NYC sensation? As usual, New Denver is fixated on location more so than the actual person/food/thing/breadbox/widget. The cowtown is beyond validation, yet still seeks it out. Was Elway there to bestow credibility?!??!

I know the problem. There wasn’t a line around the corner. New Denverites love standing in long lines and waiting for their food, no matter how bad or overpriced it is. Just tell everyone it’s a two-hour wait. Get a news crew out there. Watch everyone start piling up and taking selfies.

I say it not to offend, but this place is losing what soul it has. Everyone is from somewhere else and wants to have the comforts of where THEY came from. People don't give a shit about green chile, they want super-premium single-origin coffee and fancy avocado toast. Everyone wants shiny new and hip.


The Campus Lounge was successful since 1946 operating on the same business model. The group should have stuck with what had proven to work for decades. Should have cleaned it up and made a few updates but kept it the same. Bad business decision.

We do want green chile .... and we want our old-school Denver.

Westword should have given them some publicity when they reopened instead of crappy Shake Shack.


Oh, we did cover the Campus Lounge. Keep reading for just some of our stories about the Campus and Shake Shack.