Best Bars in Denver for Watching the World Cup

The best tournament in sports is back. Courtesy of Robert Wilson
The World Cup, by far the most intense and entertaining international sporting competition in existence, has finally arrived. It's been a long four years since the last one, and an especially long eight years since the U.S. Men's National Team last participated.

This time around, the World Cup will be played in late November and December instead of in the summer, thereby avoiding the intense summer heat in Qatar, the small Middle Eastern country serving as host for the 2022 competition. Given the ten-hour time difference between Denver and Doha, Qatar's capital, serious soccer fans in the Mile High City have been losing a lot of sleep. But that's a small loss when you have so much to gain by gathering with fellow fans at a local watering hole, cheering on your team.

While there are plenty of good spots around metro Denver to take in the World Cup, here are our top choices for viewing tournament matches: Raíces gets packed for soccer matches, especially ones involving Latin American teams.
Conor McCormick-Cavanagh
Raíces Brewing Company
2060 West Colfax Avenue
720-324-8550
There's a real chance that Argentina or Brazil could win the World Cup, so watching games surrounded by Latin Americans, who eat, sleep and breathe soccer, would be a smart move. Raíces Brewing Company is the perfect place to do it; the venue will have a large projector set up for maximum viewing capacity. Be sure to try the Manguito, a dangerously delicious beer that will go down pretty quickly, even in the morning. Raíces will list all of the games it's showing on a calendar here. 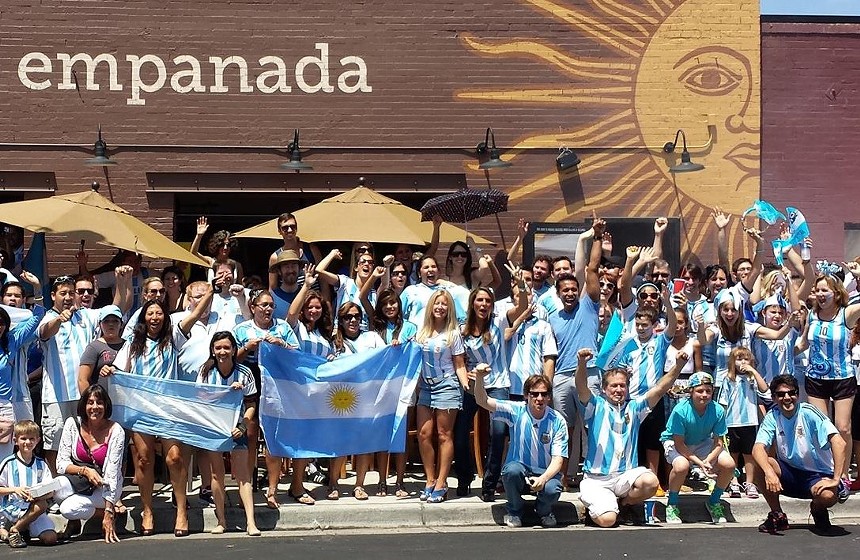 "We will be raffling things off at all games. It's going to be crazy, like usual," he promises. During the Argentina v. Saudi Arabia game that starts at 3 a.m. on November 22, for example, Maria Empanada will raffle off an official tournament ball. 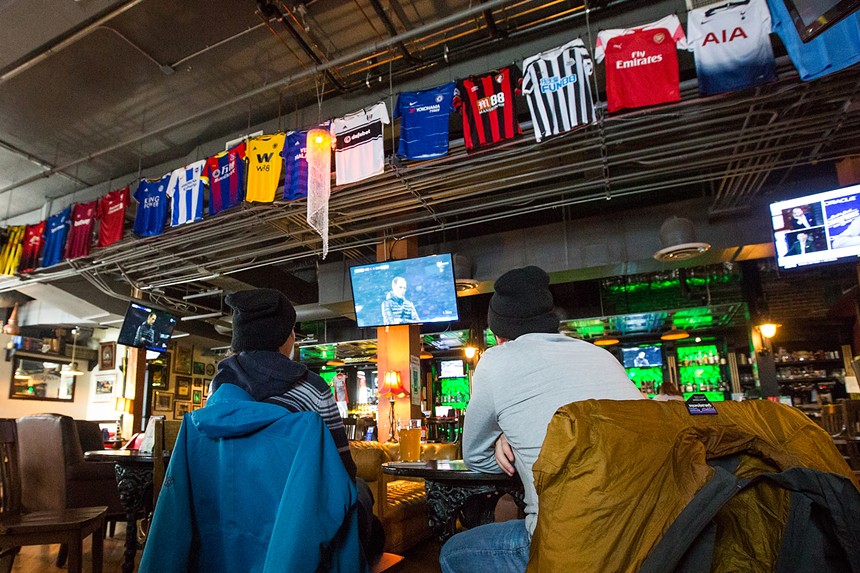 The Celtic offers soccer fans a chance to get an authentic sports betting experience.
Danielle Lirette
Celtic on Market
1400 Market Street
303-484-1066
Celtic on Market is the place to catch patriotic vibes while watching the USMNT try to scrap its way out of the group stage. The Denver chapter of the American Outlaws, the fan group for the USMNT, will be hosting watch parties at the Celtic, and there's a good chance everyone here will learn the "I believe that we will win" chant.

There will also be mariachi bands on hand during the Mexico group games thanks to the Mile High Lokos, a Mexico team fan group.

Aside from showing all of the U.S. games, the Celtic will be open for all England and Mexico games, as well as all games slated for 8 a.m., 9 a.m. and noon in the group stage. After that, Celtic will show all the games in later rounds. "We have a full breakfast menu, including a full Irish breakfast," says Noel Hickey, the Irishman who owns the bar.

The British Bulldog will be open for all games that take place at 6 a.m. and later. It's expecting large crowds for games, so the Bulldog will be operating a shuttle between the bar and the Icehouse Tavern — a partner venue — for when it hits capacity. "We encourage all fans to arrive early to ensure they can experience the best game-day atmosphere you only get at the British Bulldog," Tuohy says. "While we will not have our full menu, we will have breakfast options and British food favorites for all to enjoy." 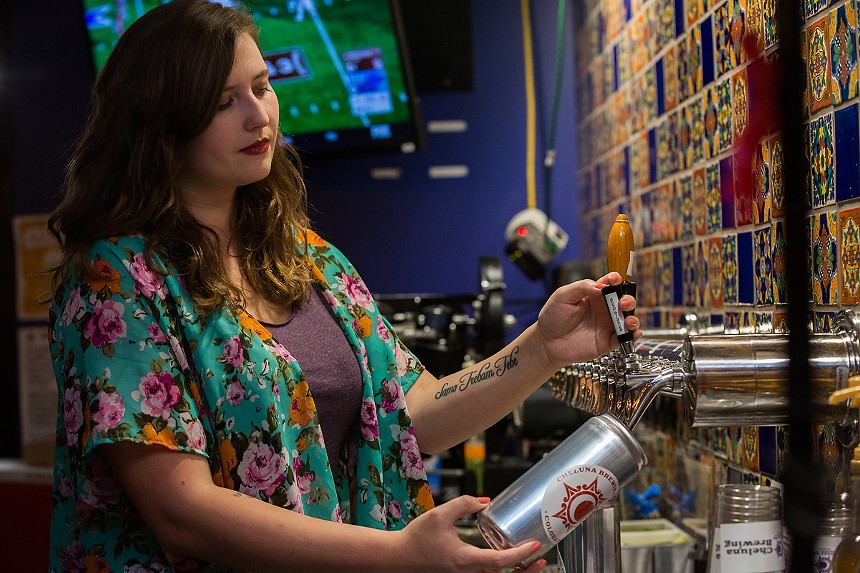 The beer will be flowing at Cheluna during World Cup matches.
Danielle Lirette
Cheluna Brewing Company
2501 Dallas Street, Aurora
720-600-0020
For those on the eastern side of the metro area, Cheluna Brewing Company inside Stanley Marketplace offers an ideal viewing environment. Cheluna, which features a Oaxacan-themed bar, will be open at 6 a.m. for games from November 21 through 28, excluding Thanksgiving. And then for the last four days of group stage games, starting on November 29, Cheluna will open at 8 a.m. The watch parties will also be co-branded with FC Denver, the semi-pro soccer club, and the American Outlaws fan group.

DNVR Bar gets crazy during games.
DNVR via YouTube
DNVR Bar
2239 East Colfax Avenue
303-997-6886
Partnering with the Colorado Rapids for the World Cup, DNVR Bar will open its doors for all group stage games from 6 a.m. on. The bar will serve a full breakfast menu, as well as drinks (starting at 7 a.m., when it's legal). The relatively small sports bar's intimate feel might be just the right thing for cold November and December mornings.

The Abbey Tavern is the official Denver bar for Liverpool FC fans.
Danielle Lirette
The Abbey Tavern
5151 East Colfax Avenue
303-321-5151
Another great bar that offers an intimate soccer-viewing experience, the Abbey Tavern is a Liverpool bar. Many of the fans will be coming here to root for beloved former Liverpool player Sadio Mané to make a run with Senegal, a potential dark-horse candidate to win it all. The Abbey will show all noon games every day during the group stage, except for Thanksgiving, and it will be open for all games in the knockout stages. And while Ireland might not be playing in this tourney, pints of Guinness will certainly be flowing at the Abbey.
KEEP WESTWORD FREE... Since we started Westword, it has been defined as the free, independent voice of Denver, and we'd like to keep it that way. With local media under siege, it's more important than ever for us to rally support behind funding our local journalism. You can help by participating in our "I Support" program, allowing us to keep offering readers access to our incisive coverage of local news, food and culture with no paywalls.
Make a one-time donation today for as little as $1.