How Highlands Ranch Became a Hotbed of Coconut Graters 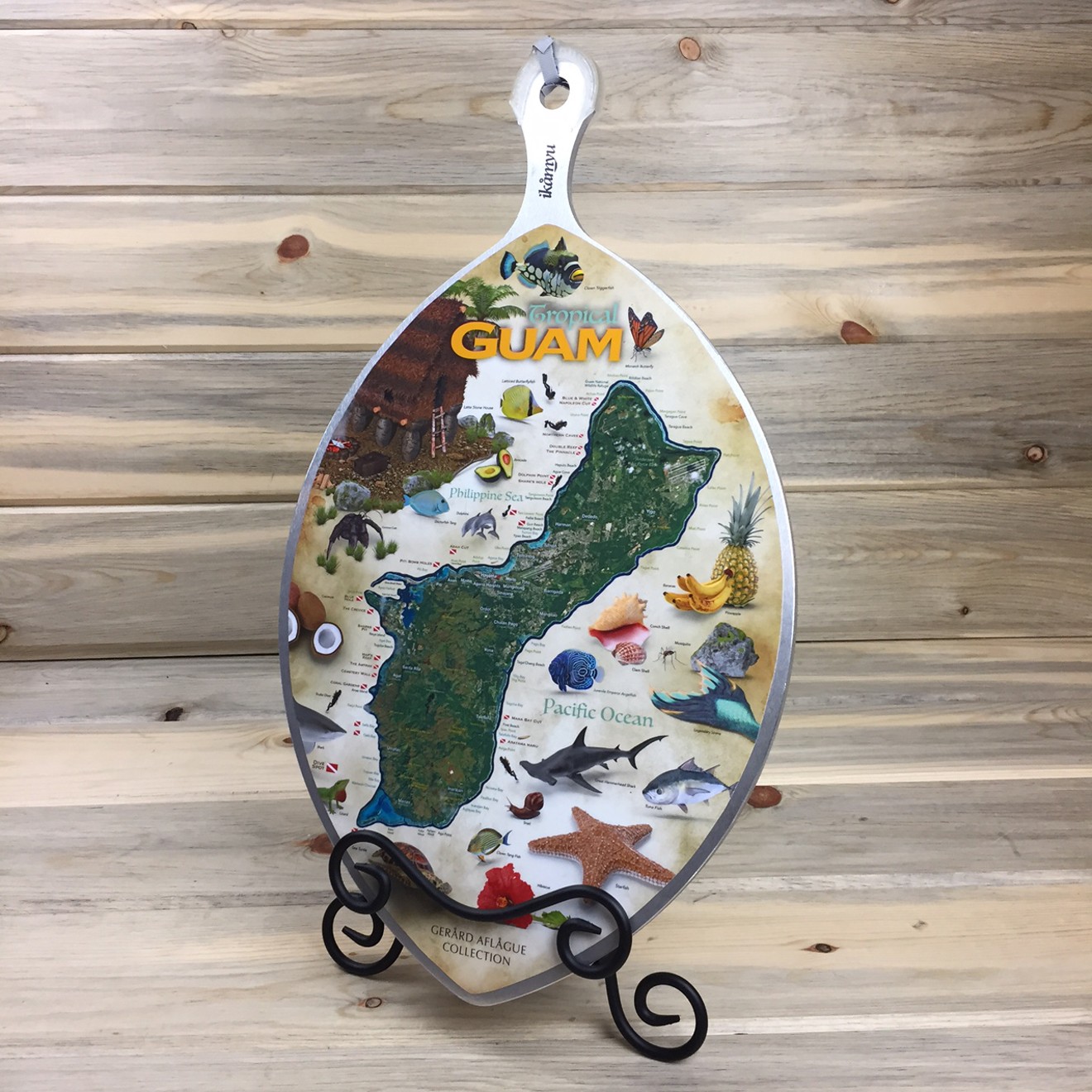 One of Gerard Aflague's coconut graters, inlaid with an image of his home island of Guam. Gerard Aflague Collection
From an unlikely home base of Highlands Ranch, Gerard Aflague, a native of Guam, is bringing a taste of his native land not just to Denver, but to the rest of the world.

When he was growing up on the Pacific island, one of five territories of the United States, Aflague was heavily influenced by his Chamorro heritage. He moved to Denver for work in 2007, and five years he later started his own online business: the Gerard Aflague Collection, which designs and sells Guam-themed and -inspired products, catering to the nearly 200,000 Chamorros living in the United States, as well as people who have connections to Guam, sometimes through military service there.

Designing products for Chamorros is “the heart of what we are doing,” he says, but he also prides himself on thinking of "regions that are not well represented” in the online marketplace, such as the islands of Tonga and Samoa. The company, which he runs with his wife out of their home in Highlands Ranch, offers an eclectic mix of goods: snap-backs with tribal prints, dog collars, and Bible stories in Chamorro (Aflague is a devout Christian).

The surprise centerpiece of the line? Coconut graters. Chamorro cuisine makes ample use of the coconut, which grows naturally on the island, and most families there have a grater in their homes. “Guam, like some other islands in Micronesia, is very unique in the way that they prepare their food,” Aflague says, explaining that coconut grating itself is a cultural act. “It is part of the family. You grow up learning how to grate coconuts, learning how to cook with it, and you actually help Mom or Dad when you grow up to grate the coconuts.”

The graters are used to extract a fine grind of the white, meaty interior of a coconut, which is essential to many Chamorro dishes, such as coconut corn soup.

Gerard Aflague is the guru of coconut graters.
Gerard Aflague Collections
Although coconut grating is a “rite of passage” when children "learn the culture of being Chamorro or being a Pacific Islander and learning that art," Aflague admits that "nobody really likes to grate coconuts."

So when designing his own coconut graters, he broke with tradition — starting with the shape. The classic graters are larger, sitting on four legs with a metal grater on the end. That metal is often rusted and cheap, Aflague says, because it's sometimes ripped from the suspensions of American jeeps still languishing in Guamanian jungles – the legacy of the U.S. recapture of Guam from the Japanese in 1944.

Because of the grater's four-legged horse shape, “Children love it, because they think it’s a toy!" he points out. "And then they end up getting hurt, because it grates them.”

The traditional contraption is also bulky, weighing between 20 and 25 pounds; Aflague made his version much more compact. Weighing in at three pounds, Aflague’s grater is easily shipped anywhere in the world. It runs about $125, which is only slightly above the price of many traditional graters, he says. Aflague's work on behalf of his homeland doesn't stop with the company. He sits on the Mayor’s Asian American and Pacific Islander Commission, which draws attention to issues in those communities, such as under-representation in government and media.

“I came in because there was no organization for Pacific Islander groups,” Aflague explains, “and the folks who were involved in bringing me in…to be a commission member wanted to bring some insight on the issues.”

Asian-American and Pacific Islanders are the fastest-growing racial group in the U.S.; about 28,000 people from those areas live in the Denver area, Aflague says. With his coconut grater, they can always enjoy the taste of home.