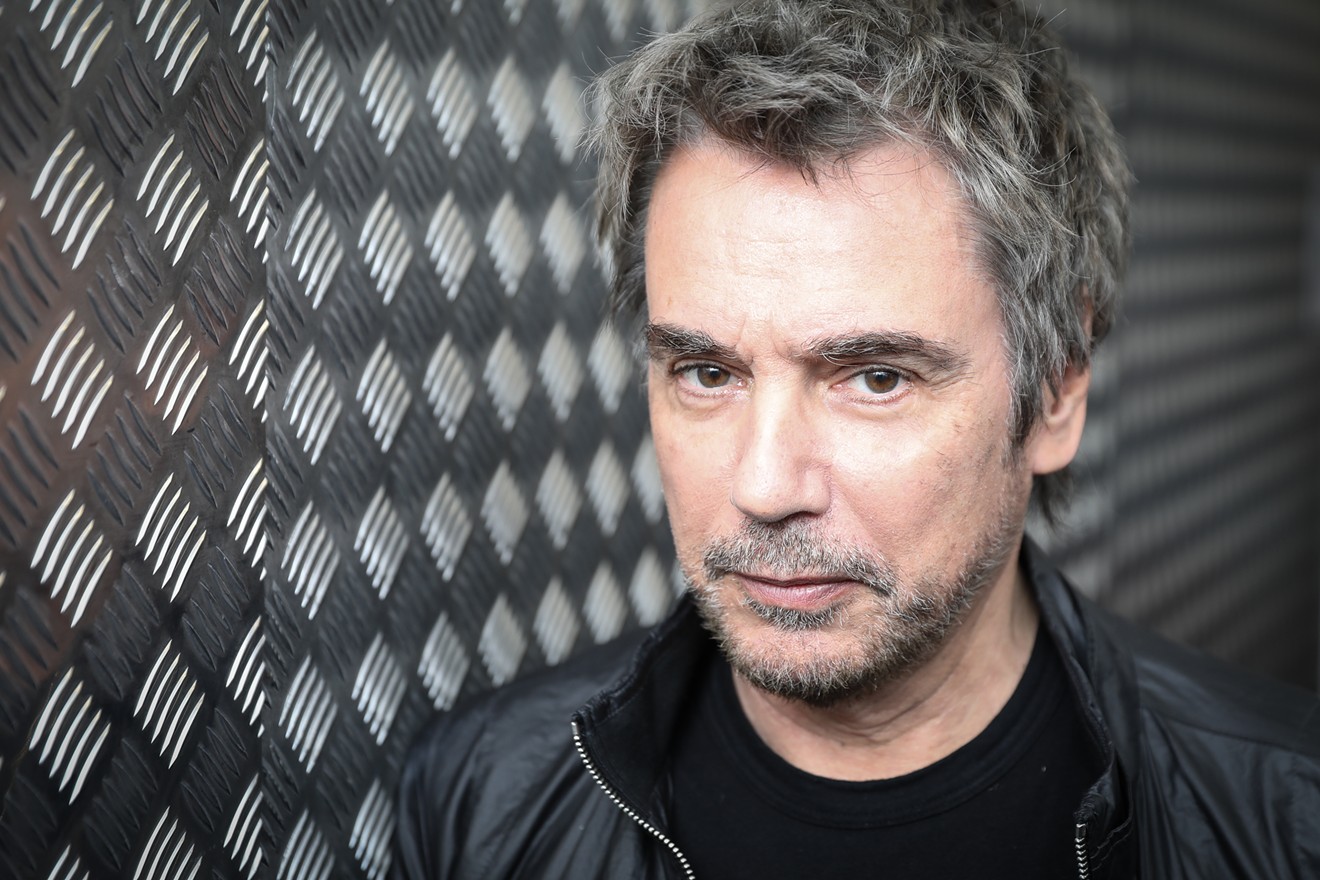 Jean-Michel Jarre M. Kuenster / Monsterpics
French composer Jean-Michel Jarre’s debut album, Deserted Palace, was released in 1972. That’s a decade before Juan Atkins and Rick Davis formed Detroit techno pioneer Cybotron and more than a decade before anyone considered electronic music a thing. Only Kraftwerk, whose self-titled debut came out in 1970, pre-dates Jarre when it comes to widely accepted and appreciated electronic music. The man was there at ground zero.

Those were different times. Nowadays, budding electronic musicians can read gearhead magazines or scan the websites, then walk into stores and pick out the equipment that fits their needs. There was none of that in the early ’70s. Musicians such as Jarre had to invent the stuff from scratch.

“It’s interesting, because I started at the moment when electronic musicians were a bunch of crazy kids, just working on strange machines,” Jarre says. “We had no real people before us. So my influences mainly came from movies — for example, 2001: A Space Odyssey, by Stanley Kubrick. But also a lot of audiovisual work, mixing video with music. I always considered electronic music quite close to visual art — to abstract painting or people like Jackson Pollock.”

“At the beginning, we had to invent, even before synthesizers came along,” Jarre says. “Electronic music really started in France and Europe in the first part of the twentieth century. We started off stealing banks of filters and the like — not set up for music, but more to fix the receivers and transmitters at radio stations — and everything started from this. Even the first Moog, all the first designs of the synthesizers, it started by using these oscillators that were not necessarily to make music, but more scientific laboratory items.”

Acts like Jarre and Kraftwerk were hearing the beeps and boops that we now associate with science labs in 1970s and ’80s movies and thinking, “I could really do something with this.” That thinking would lead to the building of the instrument Jarre was most closely associated with in the ’80s: the laser harp. Jarre literally plucked laser strings. Minds were blown.
“I’ve always been interested in trying to find visual correspondences with the music I was doing,” he says. “At a very early stage, I considered that sitting behind your machine or your laptop is not the most sexy thing in the world. It’s about trying to create for the audience a link between what you see and what you hear. Culturally, when you see a violin, you know the sound of a violin. When you see a synthesizer, it can create so many different sounds. So how to connect visually with the sound you’re hearing — that’s something I’ve always been interested in, and this North American tour and what I’m going to play in Denver is really based on this. All the graphics and some of the instruments on stage are really developed to create a kind of visual correspondence to the music.”

While Jarre was inarguably one of the first electronic-music artists, the genre has developed in the 45 years since his debut. Most notably, new technologies have emerged.

“These days, you can choose the most wide range of electronic instruments, both analog and digital — whatever you want for a specific project,” Jarre says. “On stage now, I’m using the early Moogs as well as an iPad. Or even a new instrument I developed which is like a Minority Report kind of concept, where I can control sound, and it mixes directly on a big transparent touch screen.”

Yes, despite the fact that there are a ton of unbelievable devices on the market, Jarre is still building his own instruments and equipment. You suspect that he’s as happy inventing as he is composing, and he sees the two things as parts of the same whole anyway.
On May 24, Jarre will bring his Electronica world tour to the 1STBANK Center — part of his first-ever (unbelievably enough) North American tour, and he is promising something quite special, a performance that, true to form, integrates visuals, though this time there are 3-D elements at play.

“The whole idea was to try to express and convey artificial soundscapes and to express that sufficiently,” he says. “It’s quite challenging. I found the idea of creating real 3-D without glasses by having layers of LED screens, and I was scared, because I thought it might not work at all. But it’s working so much that you have to see it live; you can’t get the idea at all from YouTube. It’s a total immersion, in which the visuals don’t have a narrative content, but rather a graphic content directly linked to the beat of the song itself. It’s almost part of the music, the arrangement of the tracks.

As for the Denver show, Jarre says, “For every concert, I try to do something specific, as much as I can. It’s an old habit, because I’ve done a lot of one-off concerts. I approach every concert as a unique moment.”