Photographer Michael Weintrob Has a Funny Way of Shooting Musicians 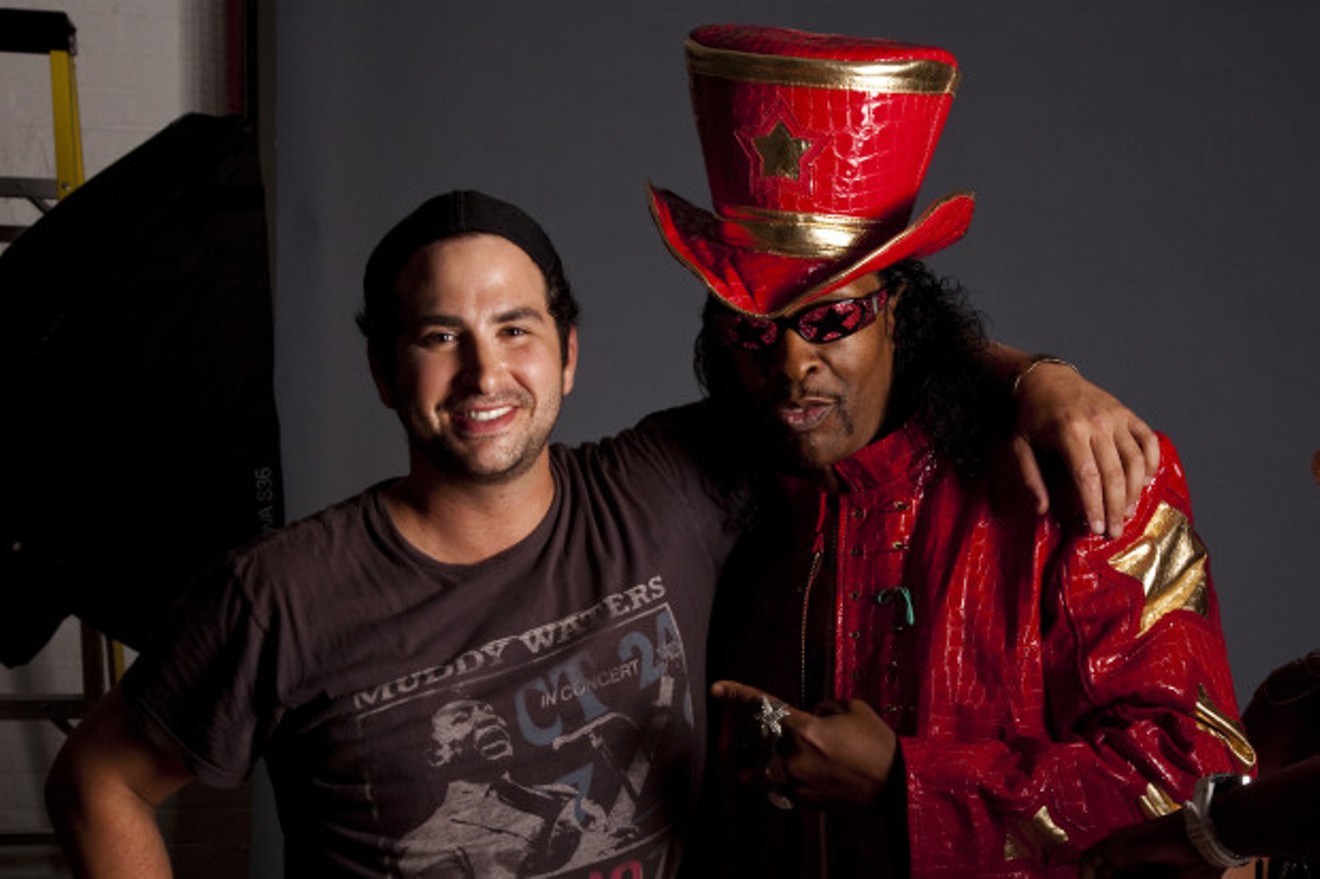 Michael Weintrob and Bootsy Collins. Courtesy of Michael Weintrob
Seventeen years ago, Michael Weintrob was a student at Colorado State University and the house photographer at the Aggie Theatre in Fort Collins. While he was taking portraits of the Derek Trucks Band backstage, he asked the bass player to do something crazy: put his bass down his shirt.

He didn’t realize it at the time, but that was the inspiration for what became Weintrob's book Instrumenthead, a collection of photos of 366 musicians that he published earlier this year after raising more than $50,000 from crowdfunding through Indiegogo.

An interactive Instrumenthead exhibit, which showcases large-scale musician portraits, is at the Red Rocks Visitor Center through Saturday, August 5. The exhibit is open during the day from 9:30 a.m. to 2:30 p.m., and on concert nights.

Red Rocks is a suitable site for the exhibit. It was during Weintrob's stint as a house photographer at the storied venue, starting in 2000, that his career really began, leading him to move to New York in 2003, where he hoped to continue shooting. There, he met with editors of Vibe, Spin and Rolling Stone, who told him, “Your music photography is as good as it gets, but if you want to be a portrait photographer, you need to do some studying.” 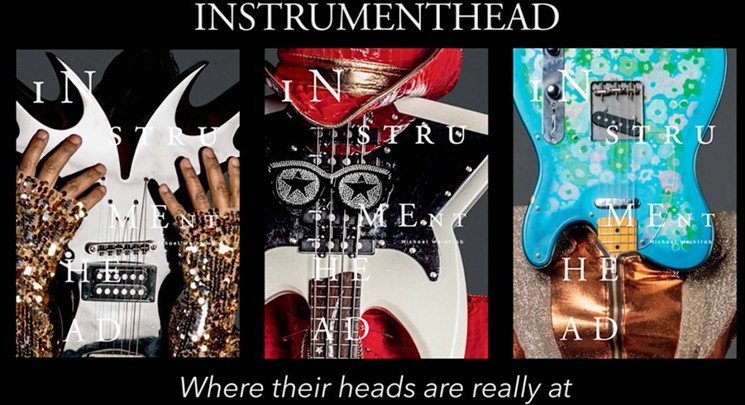 In 2008, Weintrob walked into a New York bookstore and found James Mollison’s photo book The Disciples.

“There were shots of fans of bands,” Weintrob says. "The idea was to guess what band they were the fan of. Willie Nelson fans had braids. ZZ Top’s fans had beards, the Wailers fans had dreadlocks. Dolly Parton fans had big boobs. So I thought, ‘How can I create a guessing game with the musicians themselves? Oh, I have all these photos where the guitars are over their heads. That’s what I’m going to focus on.’”


That’s when the idea for Instrumenthead was born. He’d take photos of musicians like Bootsy Collins, Johnny Winter, the Grateful Dead’s Mickey Hart, Junior Brown, Sam Bush and Kyle Hollingsworth holding their instruments over their heads. While there are some frontmen in the book, Weintrob says most of the photos are of sidemen.