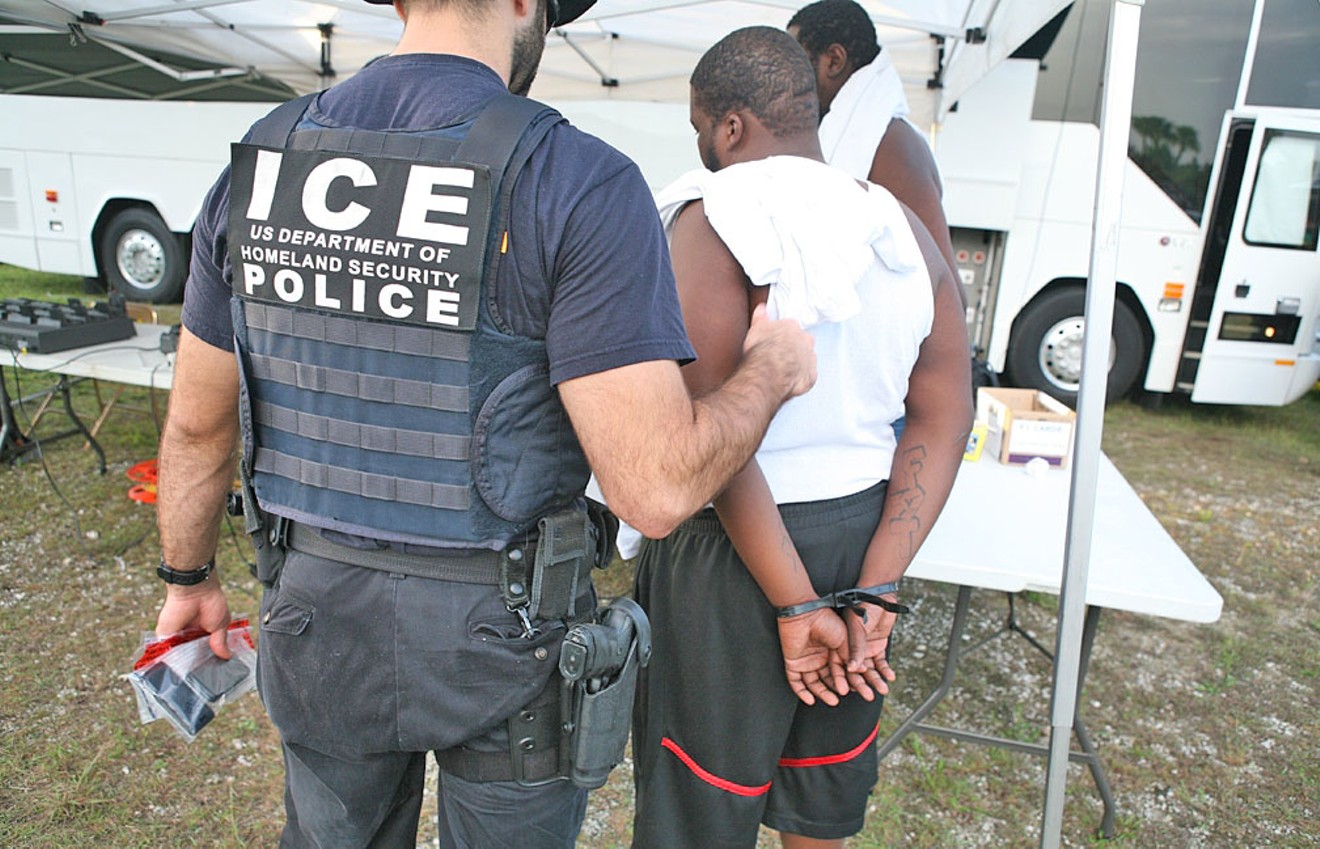 Celesté Martinez was standing in her kitchen when the call came in. It was late — almost 12:30 a.m. — but Martinez knew that the call might be urgent. A week earlier, on June 15, immigrant-rights advocates had launched the Colorado Rapid Response Network, a hotline to report immigration raids by ICE, and Martinez was on a volunteer shift as one of the hotline’s dispatchers.

"Colorado Rapid Response Hotline, my name is Celesté. How can I help you?" she said as she answered the call.

“And how many ICE agents are there?”

As Martinez ran through a checklist of questions, she learned that a possible ICE raid was occurring at a late-night restaurant on East Colfax Avenue in Aurora. According to the caller, ICE agents had just entered the restaurant and were detaining employees in handcuffs. The caller added that he was watching the scene unfold from his car, which was parked outside the restaurant, and said that he would stick around so that Martinez could call him back for updates.

Using the information provided by the tipster, Martinez sent out a group text message to the network’s ten “confirmers” that were assigned to Denver and Aurora at the time.

Five minutes later, one of the confirmers — a volunteer who’s trained to go out into the field and verify a reported ICE raid — responded to Martinez’s text and said that she could be on the scene within twenty minutes.

Martinez called the tipster back. She had already made sure that he was aware of his constitutional rights, as she was trained to do, and now she wanted updates on the reported situation. Apparently, more ICE agents were rolling up in cars in front of the restaurant. The caller said that he was uncomfortable and had to go.

Martinez was surprised when her confirmer called her and reported that there were no ICE agents at the restaurant. The confirmer had not only interviewed patrons and employees inside the late-night joint, but people outside in the parking lot, as well. The whole report appeared to have been false.

But Martinez, who is also an organizer with one of the Colorado Rapid Response Network’s sponsors, Together Colorado, says that it was important to verify the report — even if it might have been from someone who was trolling the hotline.

"In a scenario like that, what's important is that instead of someone posting something on social media about a raid and creating fear in our community, we were able to utilize our hotline as an important resource and demonstrate how our system works," she says. "No matter what the call is, it's important to treat it with the same seriousness like it's real because we want to build credibility for the hotline to be a trusted community resource."

Since launching in mid June, the hotline has struggled with trolls and critics that call the number and deliberately mislead or berate dispatchers like Martinez, who volunteer on twelve-hour shifts, either 8 a.m. to 8 p.m. or 8 p.m. to 8 a.m.

Martinez says that there was one confirmed report of ICE agents operating inside Denver courthouses in late June, but that it had been the only confirmed report for over a month. That changed this week.

On Tuesday, the Colorado Rapid Response Network confirmed five ICE raids throughout Colorado on Monday and Tuesday, July 24 and 25. 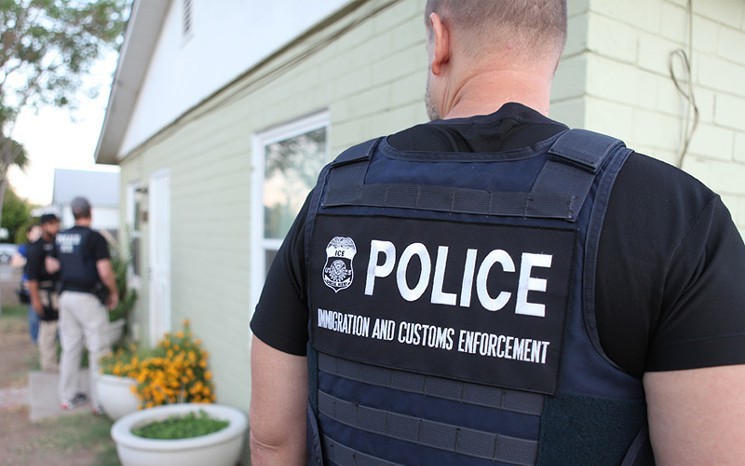 Castedo says that each report was independently verified by one of the network’s confirmers, who are trained in how to interact with ICE officers, and that the network has records for thirteen individuals who were detained throughout the state early this week.

“Undoubtedly, there are more; we just don't have their information yet,” Castedo adds. “And at least eleven of the people arrested were bystanders and were not being ‘targeted’ by ICE's investigations, but once ICE uses intimidation tactics to find out about someone's status and people get scared and they answer, they will also get taken....”

Castedo and others with the network believe the raids were part of a coordinated sweep across the state targeting young immigrants (all of the twelve people detained are under the age of thirty).

Responding to Westword’s request for comment, ICE spokesman Carl Rusnok issued the following statement on behalf of the agency about recent enforcement actions in Colorado:


U.S. Immigration and Customs Enforcement (ICE) is currently conducting a surge operation focused on identifying and arresting family units, adults who entered the U.S. as unaccompanied alien children (UAC), and UACs who are at least 16 years old and have criminal histories and/or suspected gang ties.

All of these targeted individuals have been issued a final order of removal by a federal immigration judge, and have no appeals or motions to re-open their case before the nation’s immigration courts.

Attempting to unlawfully enter the United States as a family unit or UAC does not protect individuals from being subject to the immigration laws of this country.

As DHS Secretary Kelly and Acting ICE Director Homan have stated repeatedly, ICE prioritizes the arrest and removal of national security and public safety threats; however, no class or category of alien in the United States is exempt from arrest or removal.


For the twenty trained dispatchers and over 180 or so other volunteers with the Colorado Rapid Response Network, this week’s events have proven the viability and importance of their hotline, even if their first month was marked by a surge of calls from trolls or critics yelling phrases like, “Build the wall!”

"We don't engage with people in a negative way, and the line isn't meant to inform people's views about immigration,” explains dispatcher Tania Chairez. “We're really just here to support people when they're encountering raids."

Chairez adds that the hotline allows callers to request legal advice; after dialing the number (1-844-864-8342), callers either can press “1” to report a raid or “2” to leave a message and request legal assistance, which volunteers with the network will respond to within three days.

Martinez says that there are still adjustments that need to be made to the Colorado Rapid Response Network — including a way to track trolls and building out social-media channels to give community members more information when there are confirmed raids — but she is generally optimistic about the hotline's roll-out so far.

“We've created this infrastructure collectively, and we’re doing our best to respond as quickly and responsibly as possible so that folks are safe in our communities," she says.