Just-confirmed U.S. Attorney General Jeff Sessions. Additional images and a video below. U.S. Senate
Update below: The confirmation of Jeff Sessions as attorney general in the administration of President Donald Trump was touted by Senator Cory Gardner, who voted to confirm the former Alabama senator shortly after doing likewise for new Education Secretary Betsy DeVos — a donor, along with her family, of nearly $50,000 to the Colorado Republican. But the news isn't being cheered by Colorado's other senator, Democrat Michael Bennet, or marijuana-industry representatives fearful that Sessions, a vocal pot hater, will soon order a crackdown on cannabis sales in Colorado and beyond.

After Sessions was confirmed by a 52-47 margin, Gardner released the following statement: "Mr. Sessions has an impressive legal career and a profound commitment to upholding the rule of law. I’ve had the opportunity to work with him in the Senate and witness firsthand his strong record of bipartisanship. I’m confident in his ability to serve as the chief law enforcement officer in the country.”

This is hardly the portrait painted by Bennet, who spoke against confirming Sessions.

"I sat here on this Senate floor, night after night after night, listening to the Senator use fear and inaccuracies to derail our best chance in years to fix this broken immigration system,” Bennet said.
"The president is entitled to choose his team. But the attorney general, more than any other cabinet official, must be the people’s lawyer, an advocate for the rule of law above all else.”

Bennet added: "It’s clear from the nearly 23,000 calls and e-mails my office has received that Senator Sessions has not earned the confidence of many Coloradans who may soon rely on him to protect their rights and identify abuses of constitutional power."

Here's a video of Bennet's remarks about Sessions.


Sessions's views on marijuana — he's quoted as saying (or joking, as he characterized it) that he thought members of the Ku Klux Klan "were okay until I found out they smoked pot" and later announced, "Good people don't smoke marijuana" — are of special concern to Coloradans, who voted to legalize limited recreational cannabis sales in November 2012.

And while shutting down the industry wouldn't be easy for Sessions and the Trump administration to accomplish, such a move is hardly beyond the realm of possibility.

In a December Westword post, Sam Kamin, Vicente Sederberg professor of marijuana law and policy at the University of Denver's Sturm College of Law and a longtime expert on cannabis conflicts between states and the federal government, outlined three ways Trump and Sessions could shut down state-legal marijuana. One would utilize the judicial system, a second would involve Congress's spending powers, and the third would employ law enforcement. 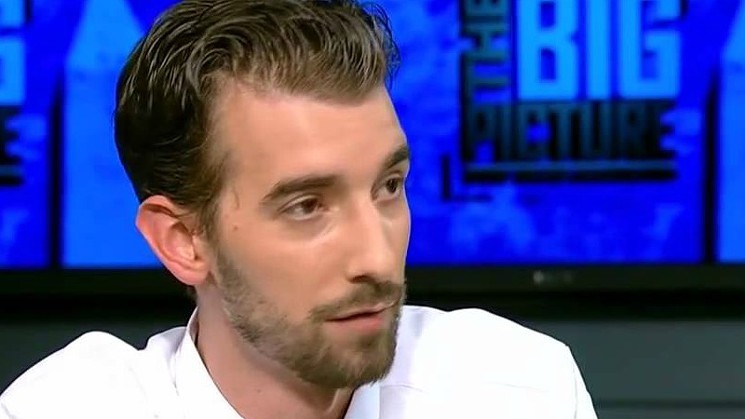 "If he were allowed to have his personal predilections dictate the policy of the Department of Justice, that would be a nightmare scenario for the 60 percent of Americans who support marijuana legalization, and especially those in states that have recently approved laws," said Altieri, who encouraged supporters of progressive marijuana policy to stand against any attempts to turn back the clock.

Aaron Smith, co-founder and executive director of the National Cannabis Industry Association, among the oldest and largest marijuana business organizations, resisted the temptation to hit the panic button in his own interview with Westword on the topics of Sessions and Trump.

"Both Mr. Trump and Mr. Sessions have routinely said they support states' rights on a number of issues, and it's our job to hold them to their word," Smith emphasized. "And it's also our job to make it very, very clear that in states with some form of legal marijuana — and 60 percent of Americans live in those states — those laws don't change, regardless of what the Department of Justice does." 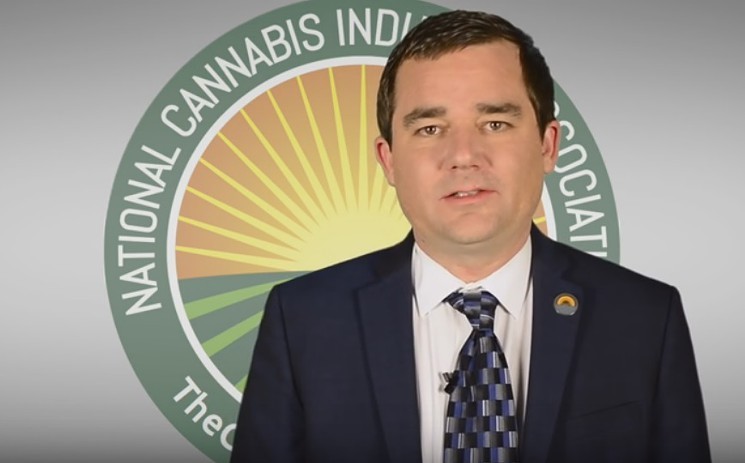 NCIA executive director Aaron Smith.
YouTube file photo
According to Smith, "the only thing that DOJ actions against the industry would accomplish would be moving the supply side of the marijuana market back into the hands of illegal drug cartels and the criminal market and out of the hands of the legal, responsible businesses that exist today. Marijuana would still be legal for adults to grow and possess in Colorado and seven other states under any circumstances. There's no way they can undo that short of coming out with new ballot measures, which we would see as being dead on arrival. So basically, it's their responsibility to ensure that the states can continue to develop and implement their successful regulatory model for the supply side of the cannabis equation."

After Sessions officially received the Senate's blessing, both NORML and the NCIA weighed in.

"Jeff Sessions's views are out of step with mainstream America, and they are in conflict with the laws regarding marijuana in over half of the states in this country," stated Justin Strekal, NORML's political director. "Our elected officials, now more than ever, know that marijuana policy is at the forefront of the minds of American voters and that we are willing and able to mobilize for it. We will never stop fighting for further marijuana reforms at the state level and much-needed federal policy changes. With Americans throughout the country organizing and taking action, the fight for cannabis freedom will continue with renewed energy.”

For his part, Smith focused on the positive in his remarks: "We look forward to Attorney General Sessions maintaining the current federal policy of respect for legal, regulated cannabis programs in the states, and we will work with him to do that. That policy, as outlined by the Cole Memo, has allowed carefully designed state regulatory programs approved by voters and lawmakers to move forward, while maintaining the Justice Department's commitment to pursuing criminals and prosecuting bad actors."

After stressing that "a change in policy will lead to hundreds of millions of dollars in marijuana sales shifting from state-regulated businesses back to the criminal, underground market," Smith noted that "state-legal cannabis businesses generate billions of dollars in economic activity and support tens of thousands of good-paying jobs. The projected value of the legal cannabis industry in the U.S. for 2016 is $6.7 billion, and that market value is expected to grow to $21.8 billion by 2020. President Trump has promised Americans a thriving economy, and these businesses play a key role in 28 states. The many small businesses of the cannabis industry contribute not only to the economy, but also to the quality of life of our citizens, by helping countless critically ill patients, veterans managing PTSD, and parents combating a child's epilepsy. Those small-business owners are building an industry dedicated to responsibility, professionalism and community engagement."

Thus far, Sessions has made no formal announcement about actions on marijuana or any of the other areas of concern for his critics. But it's plain from the reaction to his confirmation that expectations for his time in office are split — and not only along party lines.

Update: Also weighing in about Jeff Sessions's confirmation as U.S. Attorney General is Micah Tapman, managing director of Canopy, a significant player in the state's marijuana industry. His statement reads:


Colorado's booming cannabis industry is threatened by a potential federal crackdown under Jeff Sessions but we're hopeful the GOP's position on states' rights will prevent any dramatic changes in the federal government's approach to cannabis enforcement. The state's well-structured cannabis industry is the nation's leading example of how an open market can flourish while providing safe access to cannabis products in both the medical and adult use markets. Cannabis brings Coloradans a wealth of jobs (including a dramatic increase in manufacturing jobs), tax revenues, and of course a Rocky Mountain high. Visitors from all over the world come to Colorado and enjoy our world class skiing, spectacular mountains, and get a glimpse of the future where cannabis is a welcome part of a healthy life.

Looking to the future, Colorado may well lose its position at the forefront of the cannabis industry as competitors such as Canada and Israel forge ahead with research and building world-class businesses. It is critical that the federal policies remain stable to allow states to continue developing efficient and effective marketplaces.

And here's a statement from Keegan Peterson of Wurk: "It doesn't appear that the new administration has any focus on changing the cannabis industry immediately. However, we have heard comments about enforcing state laws. Now is the time for cannabis businesses to invest in compliance as this appears to be one topic of interest for this administration."