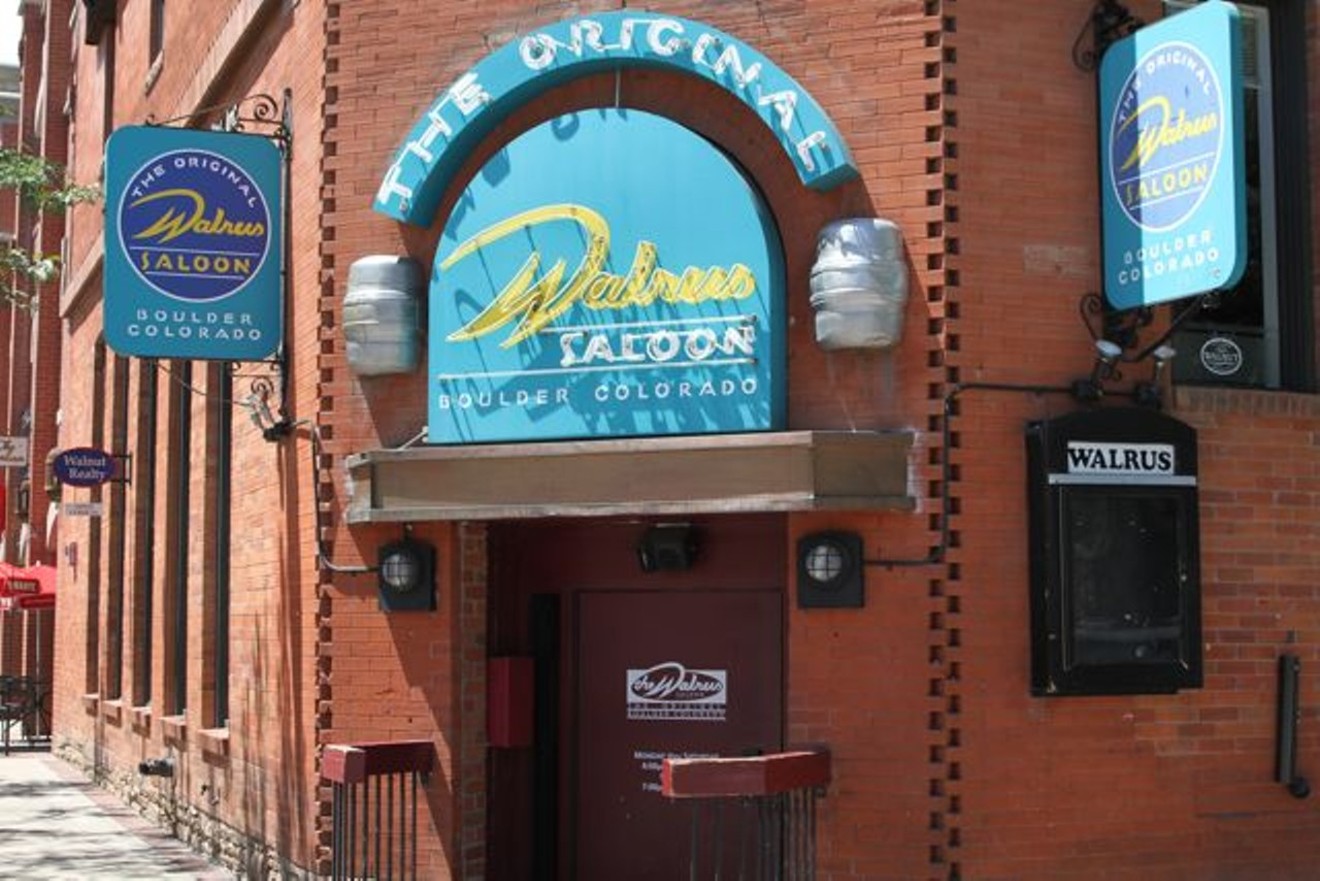 The Walrus closed after 35 years at 11th and Walnut streets in Boulder. Westword
The notoriety of the Walrus Saloon as a Boulder party destination spans time and geography; even as a Colorado State University student and Fort Collins resident in the late 1980s, I would make road trips to Boulder with my friends, filling up on cheap drinks at the Walrus before crashing on the floor of some acquaintance's apartment. But the party has come to an end at 1911 11th Street; the Walrus closed after last call on Saturday, May 19.

The Walrus has been a top destination for University of Colorado students (anyone much over 22 looked a little creepy hanging out there) for decades. Restaurateur Frank Day originally opened the place in 1973 as a dining destination, but it has been primarily a bar since the mid-’80s. Day's current holdings include Stout Street Social, Ignite Kitchen + Cocktails, Humboldt and Blue Island Oyster Bar & Seafood, and his Concepts Restaurants group also runs the bars and restaurants inside the Hotel Boulderado, but the Walrus was his first.

"It was opened as a San Francisco-style kind of place with stained glass and ferns hanging from the ceiling," Day recalls. 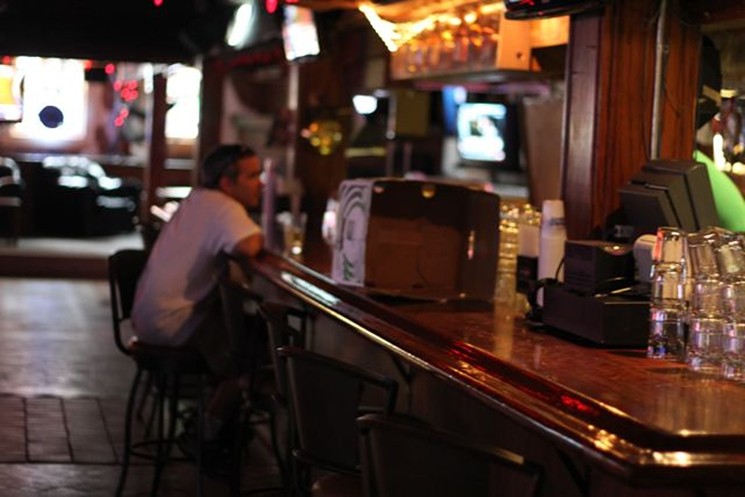 A rare empty moment at the Walrus before dark.
Westword
He sold the Walrus in the 1980s but almost immediately re-purchased it, trading out the dining tables for pool tables and renewing the lease several times in the intervening decades. But Boulder businessman Scott Littlefield purchased the entire building last year, and big renovation plans meant that the Walrus had to close, Day explains.

Still, all is not lost to those who want to perpetuate the dancing-and-drinking scene that has long been a part of the Pearl Street Mall's west end. Day also operates Boulder Beer on Walnut, the downtown branch of the Boulder Beer Company that recently took over the old Walnut Brewing space at 1123 Walnut Street. "The Walrus's entertainment — the people — are moving over," Day says. "DJ Petey and the crew will be celebrating the history and fun of the Walrus here. We're hoping to capture the same audience that made the Walrus so much fun."

Starting this Thursday, May 24, DJ Petey will be laying down beats at Boulder Beer on Walnut after 10 p.m. The brewpub is installing a dance floor and a DJ booth to facilitate the good times, and a full liquor license will provide additional refreshments for those not interested in craft beer. Unlike the Walrus, Boulder Beer has a full kitchen, so late-night bites will be available. While the beer-soaked floors and subterranean atmosphere of the original Walrus won't be part of the equation, fans of the original will still have something new to look forward to.

While the Walrus is no more, the party itself refuses to die.
KEEP WESTWORD FREE... Since we started Westword, it has been defined as the free, independent voice of Denver, and we'd like to keep it that way. With local media under siege, it's more important than ever for us to rally support behind funding our local journalism. You can help by participating in our "I Support" program, allowing us to keep offering readers access to our incisive coverage of local news, food and culture with no paywalls.
Make a one-time donation today for as little as $1.