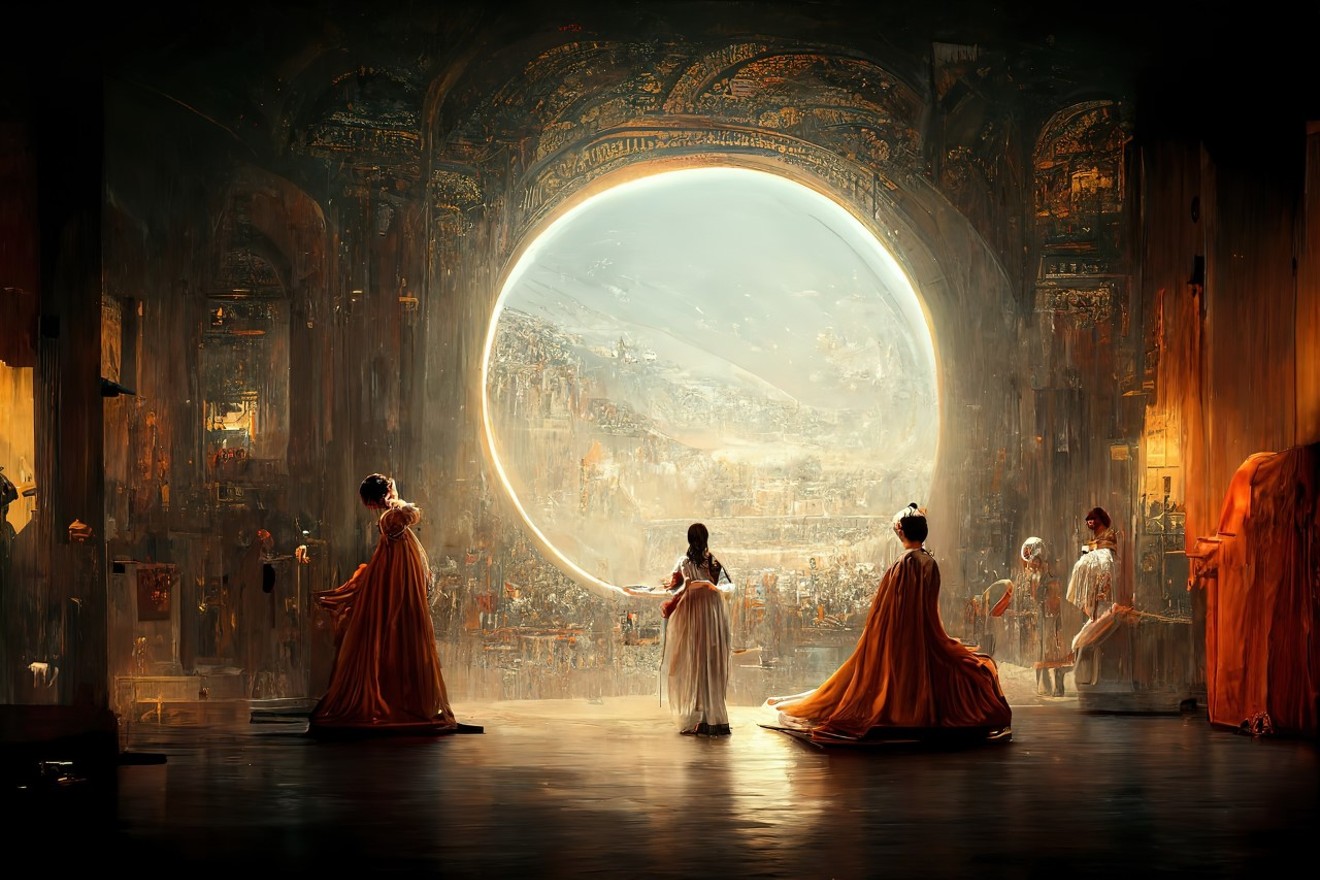 Théâtre D’opéra Spatial Jason Allen
Jason Allen knew his digital art piece "Théâtre D’opéra Spatial" had won first prize at the Colorado State Fair back on August 26. It was a unique choice: The piece was created not directly by Allen's hand, but by an Artificial Intelligence he programmed. Allen had exactly four days to enjoy the win — until VICE picked up the story on August 31. Then the pixels really hit the fan.

Allen had posted the news of the award to his own Discord account, and was encouraged to cross-post it in a thread where participants share information about digital media in the physical world. That’s where VICE found it — along with the growing outcry of artists protesting the award and arguing about whether AI-created art is actually art.

“We’re watching the death of artistry unfold right before our eyes,” commented @Omnimorpho on Twitter. “If creative jobs aren’t safe from machines, then even high-skilled jobs are in danger of becoming obsolete.”

Allen heard that his win had gone viral just before he was leaving on a road trip to Las Vegas to attend the World Masters Jiu Jitsu Tournament. “I was getting all these emails and texts while I was driving,” says Allen. “I did my first interview with a newspaper on the road.”

The interviews haven’t stopped. Allen has been doing about two a day every day since.

Allen is the founder and president of the Colorado-based company Incarnate Games, designed to “discover and explore emerging markets, new technologies, and their impact on the gaming industry.” It seeks to “blur the lines between ‘now’ and ‘tomorrow,'” he says. And "Théâtre D’opéra Spatial" is only one of several pieces in his Space Opera Theatre series, which he plans to debut soon. 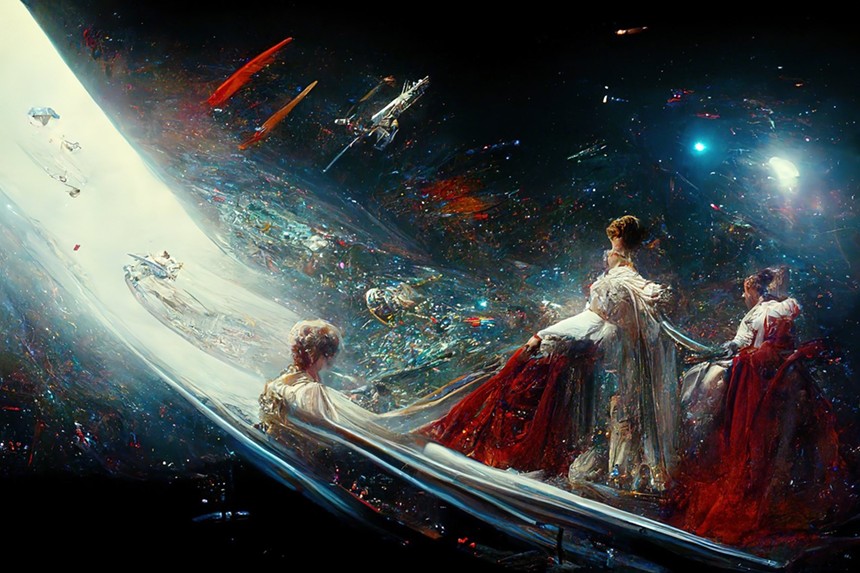 Another work from the same Space Opera Theatre project.
Jason Allen
At the core of the controversy is a question that aesthethic philosophers have been mulling over for centuries: What is the fundamental essence of art? Allen says the answer is “transformation."

"Bringing your vision into form, anything that someone does that evokes a reaction from its audience — that’s art," he says. "You’ve taken something from within and externalized it. You’ve brought it into the world, and the world has reacted. That’s art. It’s fundamental. And that’s where people start to argue.”

But should it be a controversy at all? When a computer called Deep Blue beat chess grandmaster Garry Kasparov at his own game over 25 years ago, there wasn’t an outcry declaring the death of gamesmanship. “Why are we celebrating AI on the one hand for kicking our butt in chess,” Allen says, “but we’re not celebrating AI for kicking butt in the art world? It’s got to be all about the individual. Very few people could compete with chess masters at the top of their game, but there are so many artists out there. There’s no analogy. Anyone can be an artist, which is the way that it should be.”

But the controversy is also complicated by the fact that most people — even some of the artists commenting vociferously on the matter in online forums — don’t understand the process. Allen uses an online research lab called Midjourney, which employs AI to create images from textual cues provided by users.

“It’s a machine learning method where you show the algorithm how to do a task, and once it understands how to do that task, it can extrapolate from there and learn how to do it better and better,” explains Allen. “Then that essential concept is applied to billions of images on the internet.”

At that point, it’s a lot like the old joke about how an artist sculpts an elephant: They start with a big piece of granite, and then chip away anything that doesn’t look like an elephant. “It’s crazy,” Allen says. “It’s like the image was already there, and now it’s just revealing itself. Think of the miracle of that.”

Some artists share Allen’s appreciation for the process. Others — clearly — do not. But Allen compares it to the stages of grief. “Some people are just in the anger phase right now,” he says. “This has been coming for so long. I’m not trying to make light of it. I know it’s serious, and I understand the ethics of it. It’s not about me — it’s about corporations that might choose not to hire an artist. If they’re passing over an artist for AI to save some money, that’s on them. I get that’s the danger, but AI is also going to provide a wealth of opportunities. We just have to move past the shock so that we can adjust, embrace it, and then move forward. We’ll see where we end up after that.”

Ultimately, Allen says that the controversy from keyboard warriors in the art community doesn’t bother him.

“I don’t see any of this hate in the real world,” he says. “When I go around talking to people about it, they’re very loving and interested. I’m not trying to be cantankerous. It’s brought up a lively debate. It’s one that needs to happen. I’m just glad I was able to help bring the discussion into the world.”

To follow Jason Allen and see his Space Opera Theatre project come to life, see his website.
KEEP WESTWORD FREE... Since we started Westword, it has been defined as the free, independent voice of Denver, and we'd like to keep it that way. With local media under siege, it's more important than ever for us to rally support behind funding our local journalism. You can help by participating in our "I Support" program, allowing us to keep offering readers access to our incisive coverage of local news, food and culture with no paywalls.
Make a one-time donation today for as little as $1.