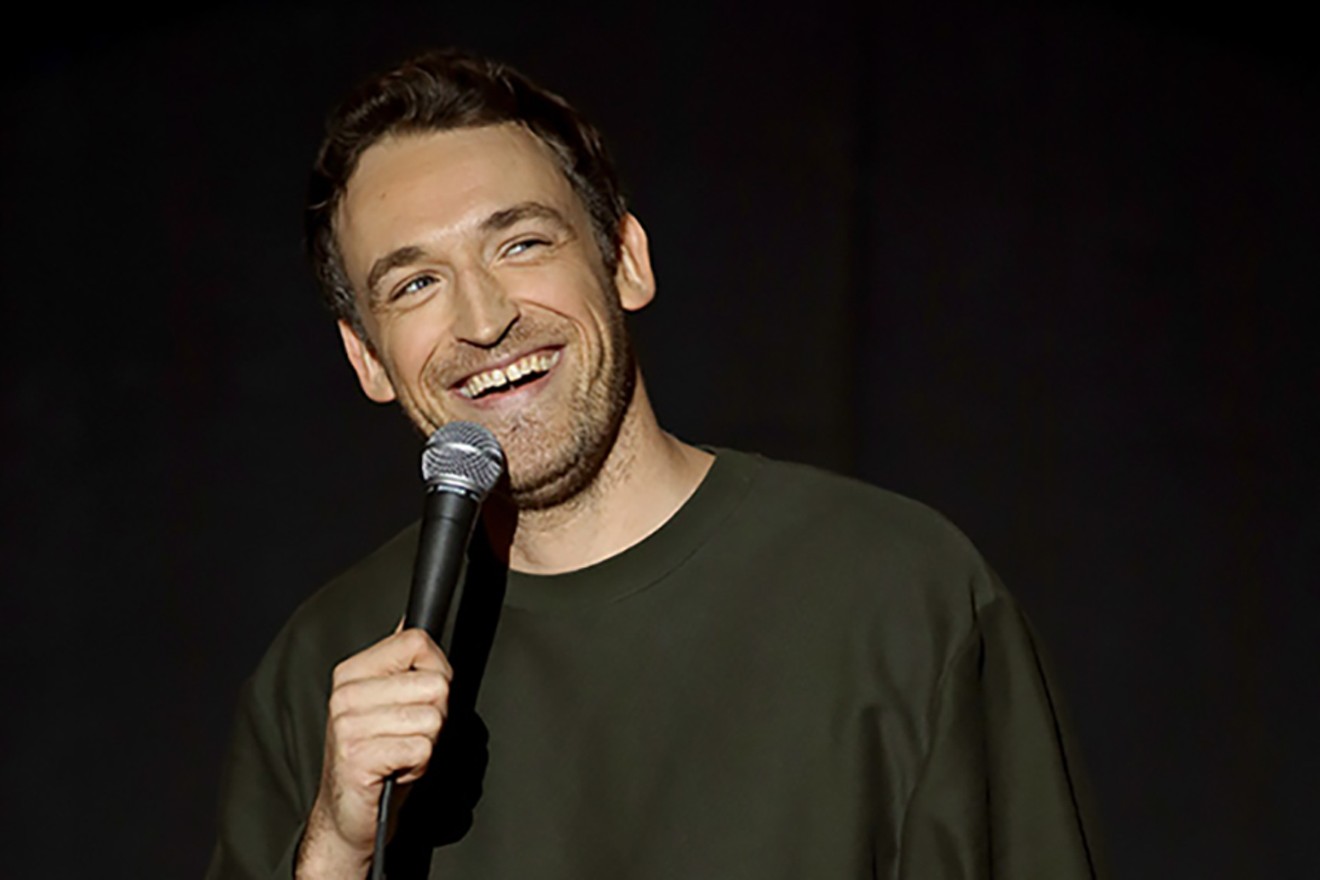 Dan Soder will be at Comedy Works Downtown March 3 through 5. Scott McDermott/HBO
Before moving to New York, achieving comedy specials on HBO and Netflix, and landing a role as Dudley Mafee on the Showtime TV series Billions, Dan Soder grew up in Aurora.

“I loved growing up in Aurora,” Soder says. “I always disliked that it got a bad name. It’s just that I always thought that people from Denver are a little snobby about it. And now it's funny that with all these people moving to Colorado, Aurora is one of the only places that they can afford. I like reminding people of that when I come back; it's like, 'Remember that place you used to shit on all the time?'”

Soder spends a good part of the week taping Sirius XM’s The Bonfire podcast, which he hosts with fellow comedian Big Jay Oakerson, and does standup tours on the weekends. He'll be at Comedy Works Downtown from Thursday, March 3, through Saturday, March 5.

Soder was an only child, raised by a single mom. It's a characteristic that he’s worked into his standup bits.

“I think when you’re an only child, you're a weirdo,” he says. "You add that to the fact that you've been raised by single mom who's working, and you dance a lot in your head. ... I was lucky that I found standup and was lucky that I was able to do it. I can't think of me just being at an office job. I would be annoying. I think I’d be annoying or fired.”
While attending Laredo Middle School in Aurora, Soder befriended Mike McDaniel, who would go on to get coaching positions with NFL teams and was recently named head coach of the Miami Dolphins. After graduating from Smokey Hill High School, Soder went to the University of Arizona, where he studied journalism. He’d later take some of the skills he learned, such as writing a decent lede, and apply them to his joke writing.

“When you're learning how to write a lede, they try to teach you to try to condense your words,” he says. “Just get to the point. I think that can help with joke writing. Journalism can help teach you the economy of words. ... You can pull words and it's still effective, sometimes even more effective if you have less words — you can say more.”

Soder says he always wanted to be a comic but never thought he was funny enough. During his time at University of Arizona, a twenty-year-old Soder finally tried standup for the first time at a comedy open mike.

“It went all right,” he recalls. “And then I did a couple more and it sucked, and then I just kept doing them.”

He became a success in the comedy field. A year after graduating, Soder moved to New York. Before his HBO comedy special, Son of a Gary, premiered in December 2019, Soder had also been part of The Standups, which premiered on Netflix in 2017, as well as his first hour-long standup special, Not Special, which premiered on Comedy Central in 2016, the same year Billions first aired. He says he shares a few similarities his Billions character, Mafee. "I'm just doing me if I had money, pretending to be in that situation," Soder says.

“It's just a fun show to work on,” he concludes. “But then people come to comedy shows and think they're watching a guy that is a character. I’m a pothead comedian; I'm not a stockbroker.”

Dan Soder, 8 p.m. Thursday, March 3; 7:30 and 9:45 p.m. Friday, March 4; 7:30 and 9:45 p.m. Saturday March 5; Comedy Works 1226 15th Street. Tickets are $35.
KEEP WESTWORD FREE... Since we started Westword, it has been defined as the free, independent voice of Denver, and we'd like to keep it that way. With local media under siege, it's more important than ever for us to rally support behind funding our local journalism. You can help by participating in our "I Support" program, allowing us to keep offering readers access to our incisive coverage of local news, food and culture with no paywalls.
Make a one-time donation today for as little as $1.