A Year of Triumphs for Jeffrey Neuman, Whose What You Will Opens Tonight

Playwright Jeffrey Neuman's What You Will opens tonight. McLeod9 Creative
Jeffrey Neuman’s What You Will, which opens tonight at Benchmark Theatre in a world premiere, isn't just about fidelity in marriage. “More than that," he explains, "it’s about how sometimes situational intimacies that come out of nowhere and become an important part of our lives short-term can give us something that longtime intimacies can’t.”

What You Will took “probably the most circuitous path to realization of anything I’ve ever written,” the playwright admits. Neuman had always wanted to write a play about anonymous sex — “It’s such a fascinating phenomenon,” he says — and started thinking about this one some years ago: “the down low, in which a self-identified straight or partnered man steps out, not thinking of it as cheating because it’s with a man rather than a woman or vice versa. How do you make that theatrical, given where these kinds of hookups and relationships occur?”

On a writing retreat in Umbria, he decided to get down to work. “I wrote about 90 percent and realized I’d made a huge mistake, written a fifth character into a four- character play," he recalls. "I took her out and it fell apart again and took another year to rewrite. So many plays come to me fully formed, and this one was much more piecemeal and much harder to find.”

While this Benchmark production will end the year on a high note for Neuman, he's already enjoyed several triumphs in 2018, with plays produced in cities around the country. His Marginalia was part of the DPCA Off-Center's recent evening of short plays, Bite-Size, and his work was also shown in San Francisco, Los Angeles, New York and Kilkenny, Ireland. “I feel accepted in ways I never had before,” he says. “I don’t think I’ll ever make a living as a playwright, but I have felt very accepted. I’ve got my foot in the door and it feels really nice to be produced regularly.”

Neuman is also the director of literary management for Benchmark. Early in the company’s two-year history, he recalls, “they asked me to come in for a conversation, to talk about their mission and aesthetic. They wanted to concentrate on new work and get a playwright’s perspective,” he says. “A lot of companies have the best intentions, but they don’t necessarily know what new work means. I had this new work [What You Will]. I was incorporating a lot of conventions I hadn’t used before; I couldn’t figure out if the relationships worked on stage.”

Roughly a year into the collaboration, he asked artistic directors Rachel Rogers and Haley Johnson if the company could do a reading: “We had a very small audience, and then the directors got together and asked if they could produce it. It seemed like the perfect recipe for figuring out how to work with new playwrights.” 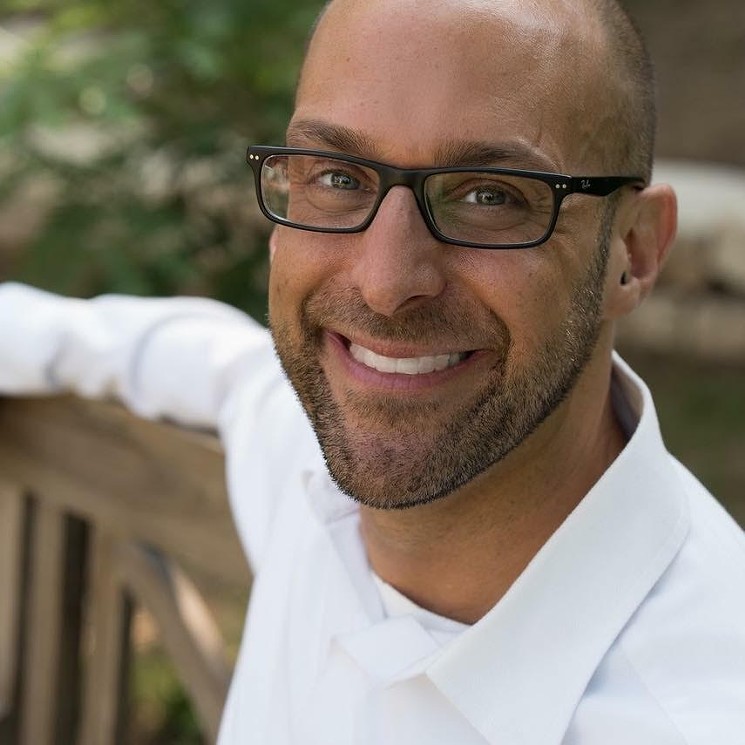 McLeod9 Creative
Now Benchmark hopes to mount a world premiere biannually. Neuman will be part of the process, helping other playwrights realize their vision. His literary background is substantial — he co-founded Denver’s Rough Draught Playwrights; curated Benchmark’s 2018 Fever Dream Festival, which celebrated science fiction, fantasy and horror; and coordinated Pen & Podium for the Denver Post, which gave him a chance to interview famed playwright Tony Kushner for ninety minutes on stage. He's also served as dramaturg for such companies as the Colorado Shakespeare Festival and the DCPA Theatre Company. At Benchmark, he notes, “we’ve opened our field nationwide and established some wonderful relationships with playwrights across the country and internationally."

Though he’s excited about the opening of What You Will, Neuman isn’t one of those playwrights who hovers over a production, attending every rehearsal, critiquing line readings and interpretations, writing and rewriting every night. “Once a script is locked, I’m not really involved with the production at all,” he says. “I love sitting back and seeing what the participants can find in that amazing trust-fall that is the rehearsal process. I don’t really understand how they do it, but to see what they find is one of the reasons I write.”

It helps that he’s delighted with What You Will director Warren Sherrill and his cast: Steven J. Burge, Maggy Stacy, Casey Andree and Tom Littman. “Playwriting is an act of giving over and giving up,” he says. “Giving over to trusted collaborators, knowing they have the skill and talent to realize the script.”

Neuman created his first play fourteen or fifteen years ago, but says his parents always predicted he’d be a playwright. “They told me it’s something that’s always been there," he recalls. "I stopped myself from really engaging for a long time because I didn’t trust my voice. It was safer for me to be a dramaturg, helping other people and other directors.”

Fifteen years ago, though, Neuman was diagnosed as profoundly hearing-impaired. “I realized that’s almost the exact point I came into myself as a playwright,” he says. “I felt the clock ticking. I had to get out of my own way, not be so afraid and try. There’s a very clear connection between losing a sense and gaining an art. It led to really complex and dynamic compensation. I had to learn to piece the world together in a different way than I had before, and that way was very much akin to storytelling and playwriting. I found that’s what I was doing in compensating for my hearing loss — filling in gaps, trying to figure out how to navigate the world, constructing narrative to understand what was happening around me. It gave me a facility with the storytelling that I hadn’t had before."

On the Rocks, which had a recent reading at Queens Theatre in New York, is the first play in which Neuman dealt directly with his disability, making the main character hearing-impaired. It was “really exciting and really liberating to explore this thing that’s shaped my life so much but that I haven’t had the perspective to look at before,” he says. “Now I’m being a little more truthful about what I lost and what it’s given me.”

Deafness does cause losses and problems, he notes: “Sometimes people talk with me from behind, and I don’t want them to think I’m rude — I just don’t know they’re there. And I miss birdsong. I haven’t heard a bird in 25 years. Oh, I would love that.”

Then he adds, “There are two ways you can go with a disability: a place of gratitude or a place of anger. I’d much rather live in gratitude.”

Neuman is grateful for the technology that helps him hear dialogue in some theaters. As for music, he says, “I still hear and feel the fullness of an orchestra through vibration. I’m experiencing it in a different way — not the nuance, but the fact that I can literally and physically feel it.

“I’m really grateful for small theaters," he continues. "I love that kind of intimacy, and to be able to read gestures and lips and be in that space."

And perhaps most of all, he concludes: “I’m grateful to be engaged in a craft that means a lot to me. I’m really grateful for that.”

What You Will opens Friday, November 30, and runs through December 22 at the Bench, 1560 Teller Street in Lakewood. For more information and tickets, go to benchmarktheatre.com.
KEEP WESTWORD FREE... Since we started Westword, it has been defined as the free, independent voice of Denver, and we'd like to keep it that way. With local media under siege, it's more important than ever for us to rally support behind funding our local journalism. You can help by participating in our "I Support" program, allowing us to keep offering readers access to our incisive coverage of local news, food and culture with no paywalls.
Make a one-time donation today for as little as $1.