Billy Boyd (aka Pippin) and His Fellow Hobbits Come to Denver 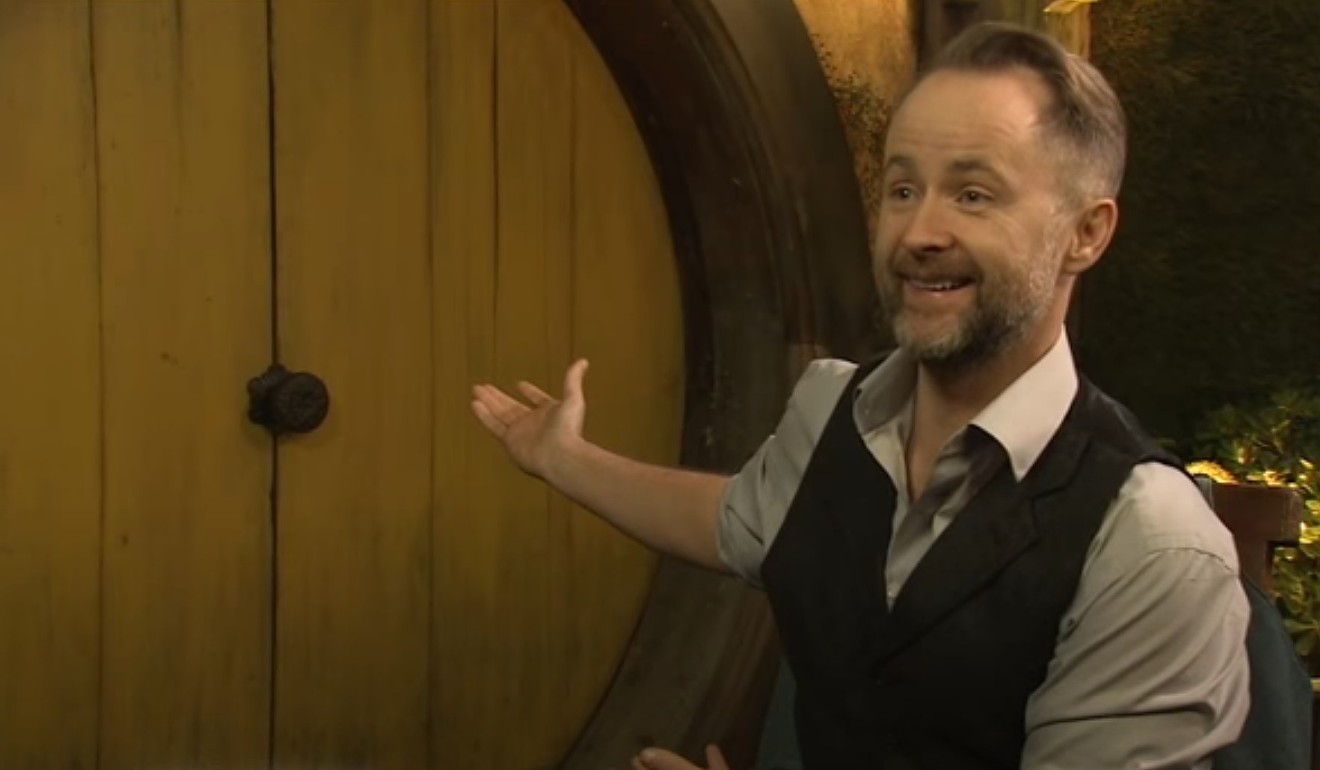 Billy Boyd, embracing his hobbit roots. YouTube
FAN EXPO Denver is right around the corner, taking place at the Colorado Convention Center this weekend, July 1-3. It’s the first full-sized convention on its usual summer schedule; a reduced-in-size version was held last October, to give hungry fans something to satiate their geek appetites. Speaking of hungry and reduced in size, a big attraction this year is the reunion of the four Hobbits from the Lord of the Rings films: Frodo (Elijah Wood), Samwise (Sean Astin), Merry (Dominic Monaghan) and Billy Boyd (Pippin).

Or rather, it’ll be the fourth in a series of reunions for the quartet, who are friends both on screen and off. We caught up with actor Billy Boyd while he was in the car after a five-hour delay in landing at the Dallas airport. He’s meeting Wood, Astin and Monaghan there for a reunion at FAN EXPO Dallas, having just come from similar events in Orlando and Calgary. “We all meet for dinner,” Boyd says. “It’s Elijah and Dom that are the organizers. Sean and I just go wherever we’re told.”

The dinners — as you might expect from four guys who spent years being hobbits — are pretty important. It’s been reported for years that the four friends maintain a group text, but Boyd says that “Elijah and Dom have a little sub-group to work out what restaurant we’re going to, or if there’s a bar we need to see.” For the first night in Dallas, Boyd says they were planning to have sushi.

The four friends in the Hobbit group chat: Boyd, Monaghan, Wood, and Astin.
YouTube
It does the heart good somehow — especially for fans — to know that these four actors ended up loving each other just as much as the characters they played. “You watch any press junket, and everyone says they became so close, but they’ll probably never see each other again,” says Boyd. “There was something very special about those films. I don’t know if it was how Pete Jackson cast it, wanting us all to get along. Or maybe the length of it, or because it was all such an adventure. But we really have stayed close, you know?”

The four actors initially agreed to do the Hobbit reunion tour two years ago, right before COVID hit and everything shut down. During that time, the first Lord of the Rings movie celebrated its twentieth anniversary. “It’s amazing, meeting fans that were only young kids when they first saw the films,” Boyd says. “This movie that maybe got them into the world of Tolkien, and now it’s part of their creative life. Maybe they make props for a TV show, or making games or even Tolkien-inspired music. Or maybe the world of the movies was just a place for them to go to when things were hard...a place they think of as friendly.”

Until FAN EXPO brought the actors together for this summer series of appearances all over North America, the four friends had never done a convention together. “It’s so weird,” Boyd says. “The fans have just come out. People still love these films, and now they’re showing them to their kids, so we have fans of a whole new generation.”

That’s not to say that meeting fans at convention after convention isn’t exhausting for the actors, even as a foursome. “It’s just making sure you’re switched on for the whole day,” Boyd says. “You have to make sure that every time you meet someone that you’re sure you’re listening. You don’t want to accidentally switch off and then realize, ‘Oh, I missed that interaction there, and that’s not right.’”
Boyd, who has never been to Denver, says he and the rest of the Hobbits — as they still call themselves on that group text — are looking forward to coming to the Mile High City. He’s happy to talk with fans about the films, about his current work filming a limited series based on the novel Washington Black, even the popular podcast he does with Dominic Monaghan called The Friendship Onion.

He seems genuinely glad to be doing all these things — and the fact that he gets to do them with a group he can honestly call friends is just the icing on Bilbo’s seed cake.

“We don’t have to pretend to like each other when we do these things,” Boyd says with a laugh. “It’s all really fun.”

Billy Boyd, Elijah Wood, Sean Astin and Dominic Monaghan are special guests at FAN EXPO Denver, July 1-3, Colorado Convention Center, 700 14th Street. For tickets and more information, see the FAN EXPO Denver website.
KEEP WESTWORD FREE... Since we started Westword, it has been defined as the free, independent voice of Denver, and we'd like to keep it that way. With local media under siege, it's more important than ever for us to rally support behind funding our local journalism. You can help by participating in our "I Support" program, allowing us to keep offering readers access to our incisive coverage of local news, food and culture with no paywalls.
Make a one-time donation today for as little as $1.