Art of the Novel: Where the Crawdads Sing Comes Alive at Niza Knoll Gallery 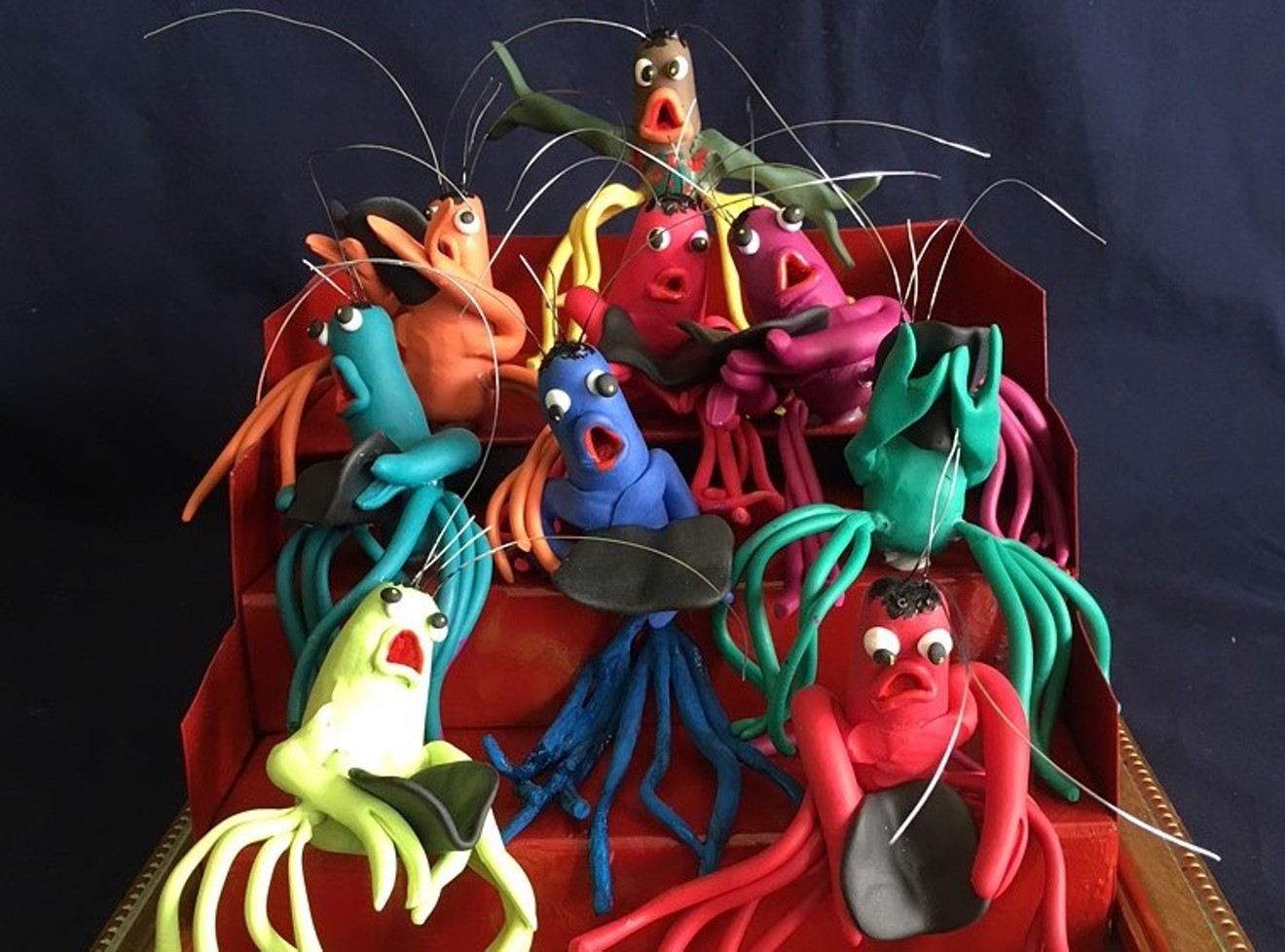 "Crawdad Chorus" Georgianne Rollman
Members of most book clubs are known to sit around a suburban living room, drinking boxed wine and eating things on crackers while divulging how a book reminded them of their own experiences. But other clubs take involvement a step further, challenging members to look at an existing work with their own creativity and bring something more tangible to the conversation. Denver gallery owner and artist Niza Knoll belongs to one of those.

Knoll's book club interprets novels through visual arts in various mediums, which she then displays at her gallery. “We all met in ceramics class at the Art Students League,” she says. “I came up with the idea [of a gallery show], and everybody was very excited. Since we were all artists, I thought it would be great.”

Niza Knoll Gallery is presenting artwork inspired by Delia Owens’s novel Where the Crawdads Sing in a show that kicks off today, with an opening reception on Friday, December 10. The book club's first foray into a novel-turned-exhibit was back in 2019, with an exhibit focused on the Amor Towles novel A Gentleman in Moscow. The show was a success, leading Knoll to return to the idea after the pandemic.

“We had a lot of book clubs come,” she says, "and I thought it would be fun to do again. We had to pick a book that was visually interesting.” The group met and discussed several options before settling on the “heartbreaking yet beautiful” Where the Crawdads Sing, which the members had already read.
click to enlarge

"Kya and Her Boat"
Niza Knoll
“It came up very quickly, and seemed to jump out at everybody as an interesting thing to do," Knoll says. "It seemed like it would be fun. Everyone liked the book and thought they could come up with images they could pursue.”

Knoll’s book club isn't alone in its admiration for Owens’s novel, which is set in coastal North Carolina and invites the reader to wade into the marshes of a lush and possibly dangerous landscape. The bestseller is a coming-of-age story — heartbreaking in its details of the protagonist Kya, who is abandoned in stages by her family and left to fend for herself. Knoll says the exhibit is meant to invite viewers to “be absorbed back into the narrative through paintings, ceramics and delightful papier-mâché creatures placed prominently throughout the gallery.

“Everybody imagines something when they read a book,” Knoll continues. “We all have a visual imagination of our own. I think everyone likes to share their own unique perspective, to share what they’re seeing in a book, which may not even be what the author was thinking of. It’s a fascinating thing.”

Where the Crawdads Sing, Thursday, December 9 through Saturday, January 22, Niza Knoll Gallery, 915 Santa Fe Drive. Opening reception is Friday, December 10, 5 to 8 p.m.
KEEP WESTWORD FREE... Since we started Westword, it has been defined as the free, independent voice of Denver, and we'd like to keep it that way. With local media under siege, it's more important than ever for us to rally support behind funding our local journalism. You can help by participating in our "I Support" program, allowing us to keep offering readers access to our incisive coverage of local news, food and culture with no paywalls.
Make a one-time donation today for as little as $1.