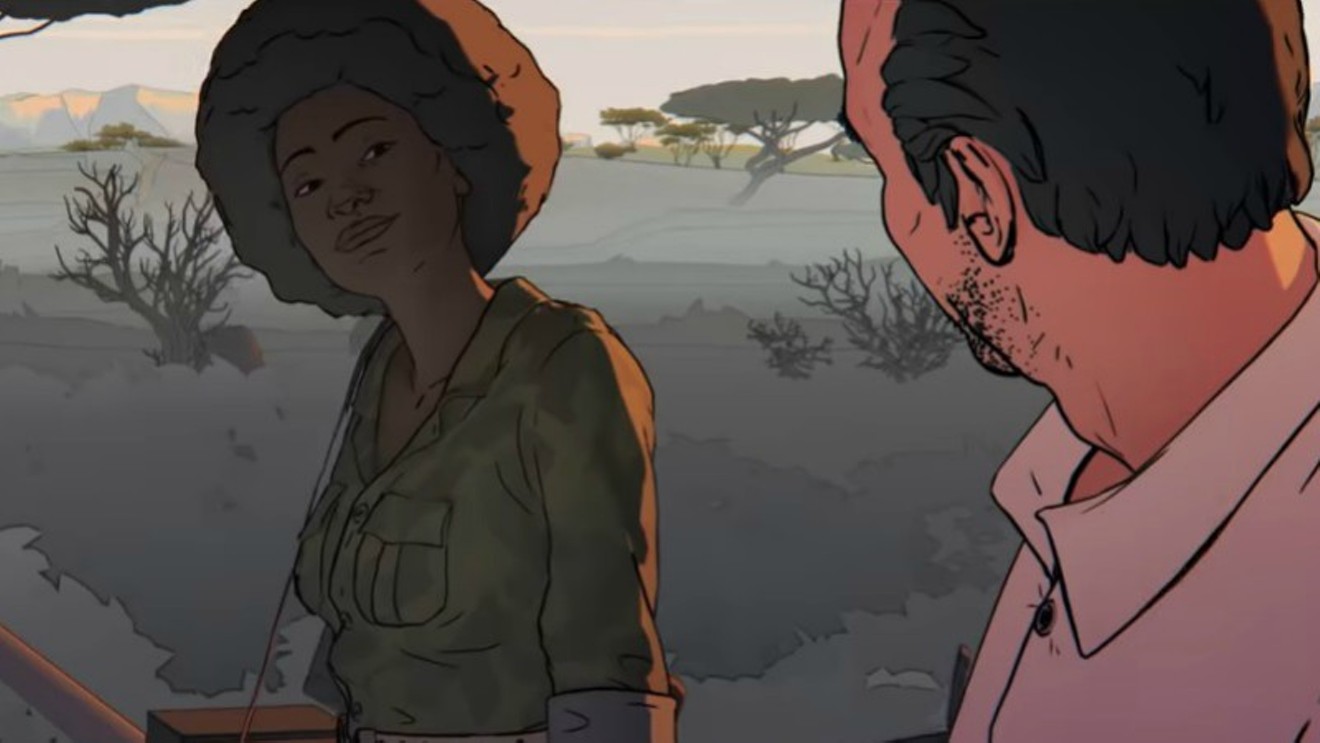 No one can argue that Another Day of Life is a typical animated movie.

"It's a Polish film based on a book that told the true story of a Polish journalist who covered the civil war in Angola during the 1970s," says Denver Film Festival artistic director Brit Withey. "He may have been the only journalist who made his way all the way down to the front lines and covered exactly what was going on there."

Here's the trailer for Another Day of Life.


The conflict "was very much a proxy war," Withy goes on. "One side was made up of Communists who were being supported by the Soviet Union, and the other side was supported by the United States. And the animation style is really cool. The directors use Rotoscope and some other sorts of hand-drawn stuff."

These are hardly the only visual elements, however.

"Every once in a while, the film comes out of animation and we see a brief interview with a character in the film in real life," Withey explains. "The Polish journalist is dead, but a lot of the people he encountered are still alive, and they reflect back on what it was like. And then the film jumps back to the 1970s and the animation."

The transitions "aren't invasive or weird," he stresses. "It all works. It's a really fascinating film."

Click to access all of the film festival's selections and to purchase tickets.
KEEP WESTWORD FREE... Since we started Westword, it has been defined as the free, independent voice of Denver, and we'd like to keep it that way. With local media under siege, it's more important than ever for us to rally support behind funding our local journalism. You can help by participating in our "I Support" program, allowing us to keep offering readers access to our incisive coverage of local news, food and culture with no paywalls.
Make a one-time donation today for as little as $1.