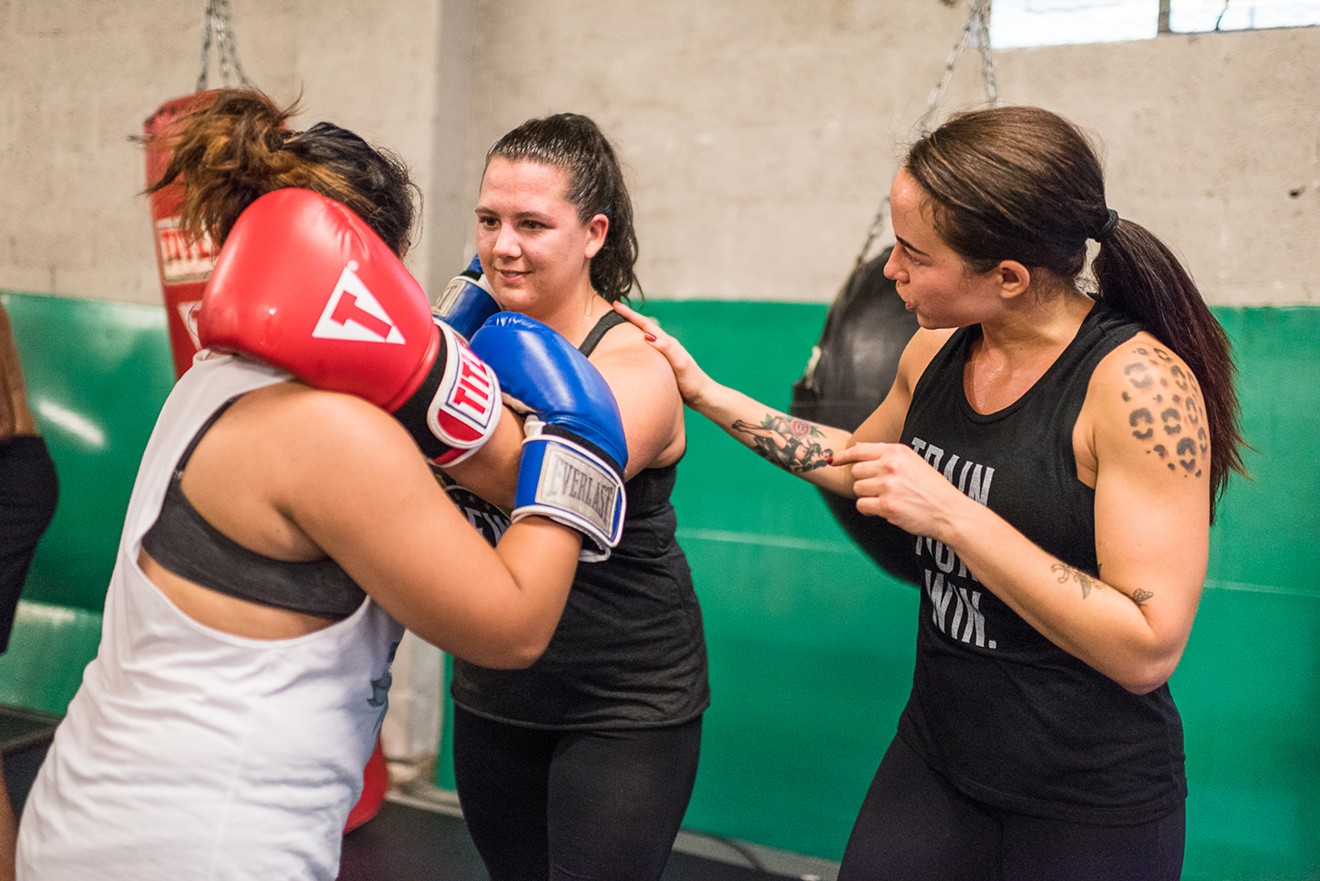 Train. Fight. Win. has launched a gender-inclusive mixed-martial-arts class. John Bosley Photography
When it comes to inclusivity in Denver’s fitness scene, L.A. Jennings is leading the charge. The co-owner of mixed-martial-arts gym Train. Fight. Win. believes in creating a safe space for everyone in the gym, which is what prompted the addition of the Gender Equality MMA (GEMMA) program, expanding the pre-existing women’s-only class. GEMMA will be specifically for anyone identifying as women: trans, cis, gender-non-conforming or femme.

“When I first started doing the women’s-only class at the gym eight years ago, it was geared just toward them and allowing them to learn MMA without the pressure they may feel from guys in class, which is important,” Jennings says, adding that there is a lot of “machismo” in the fighting world.

Jennings's background prepped her to start the class: She earned her doctorate in literary studies from the University of Denver and went on to pen She’s a Knockout! A History of Women Fighting in Sports. Then she spent years working with women in the gym.

“I began talking with an LGBTQ counselor at the gym who works with a group at Queer Asterisk about ways we could create a space that felt both safe and inviting for LGBTQ people in our community to train,” Jennings explains. “GEMMA is just that — it’s somewhere for those who have been traditionally marginalized in the MMA community to train and become more educated on the sport in a safe and welcoming environment.” 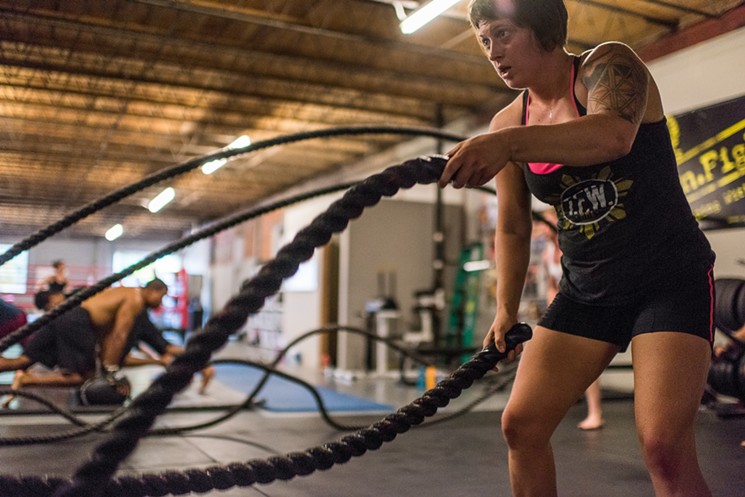 Train. Fight. Win. offers programming for all.
John Bosley Photography
Over the past few weeks, the women’s only class has evolved into a fully operating GEMMA. Jennings says that when she initially approached her students about the expansion, they were “utterly delighted” about the class becoming more inclusive. “We’ve just expanded the class to those who have been typically really mistreated in the sports community,” Jennings says. “Anyone who identifies as femme or outside of the traditional MMA spectrum is welcome to take this class.”

GEMMA will not differ from any other class Jennings teaches at the gym, outside of who is included; she'll teach the same fight conditioning from boxing, kickboxing, wrestling and ground striking in each class. She warns potential students that it’s “not Tae Bo,” and that they should expect intense training.

“At the end of every class, we add in a bit of sparring, as well, though I know that manifests differently for everyone,” Jennings notes. “Not everyone is ready to put on the gloves, so we have levels, and people can do that according to their own comfort.”

Jennings says she hopes that adding GEMMA to the schedule will spur other gyms to be similarly inclusive. 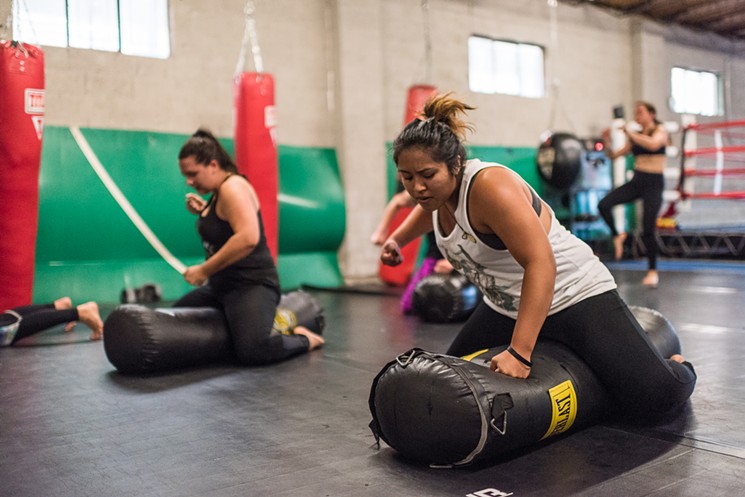 GEMMA will include a full range of fighting techniques.
John Bosley Photography
“People in the fighting world are becoming more accepting of women entering MMA, and we have the first transgender female fighter in the U.S.,” she explains. “There is more awareness, and people are starting to speak out in favor of those who are transgender and who are part of the queer community, and hopefully they will start to make accommodations in their own spaces.”

Over the next year, Jennings says she and her husband (a co-owner of Train. Fight. Win.) plan to continue to make their gym even more inclusive, building new programming and expanding beyond their current space to accommodate students in the area who are victims of bullying.

“My intention is to work with educators in our neighborhood, like West and Girls Athletic Leadership School, to create some sort of program together.”

For more information about GEMMA — which is offered every Tuesday and Thursday at 5 p.m. — visit the Train. Fight. Win. website.