The Next Chapter: BookBar Buys The Bookies 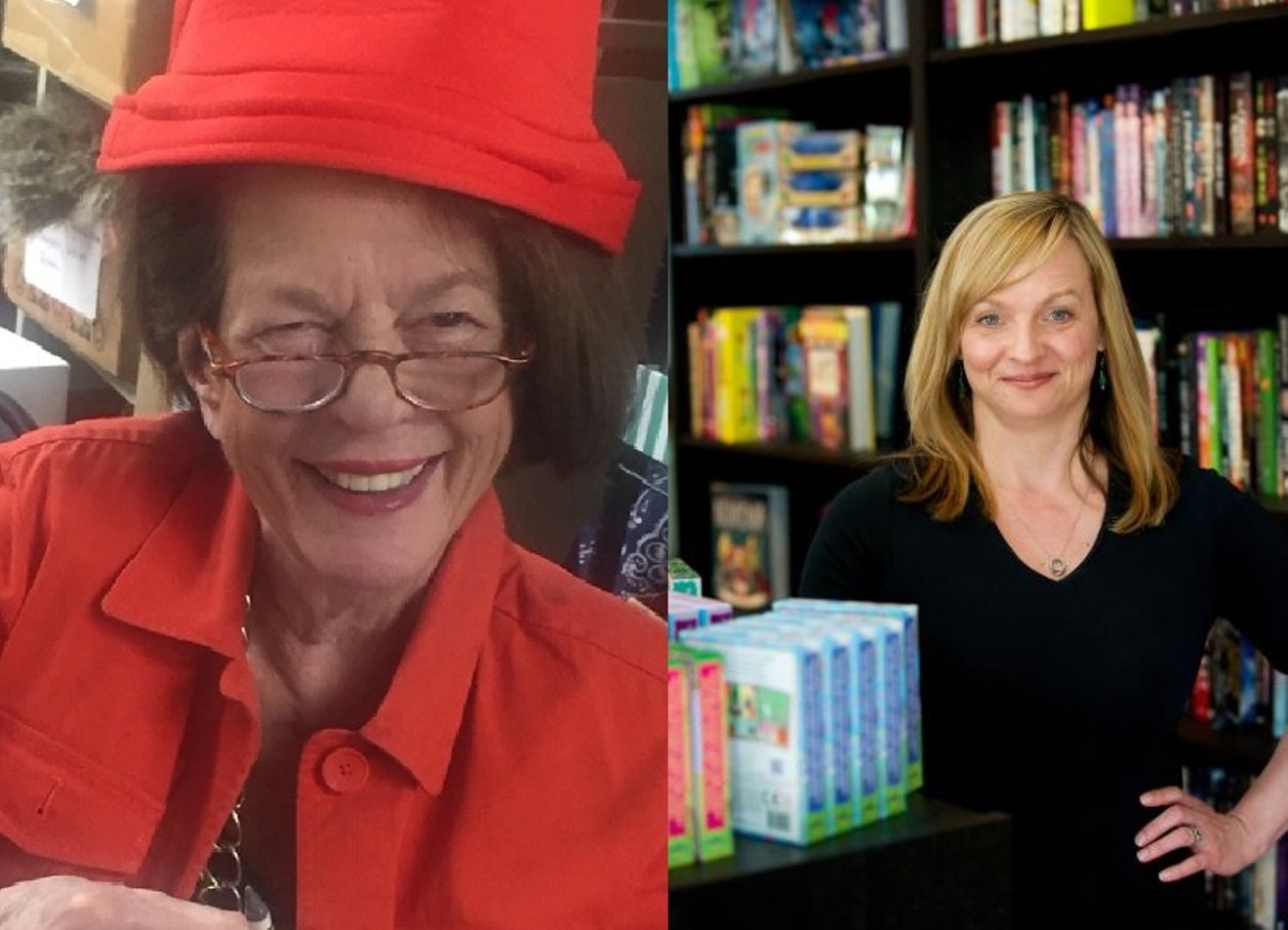 Sue Lubeck's Bookies legacy will carry on with the help of BookBar's Nicole Sullivan Carolyn Hunter (L) and BookBar (R)
When Sue Lubeck, founder and longtime owner of The Bookies, passed away in July, the fate of her half-century-old bookish business was suddenly in question. It was something that she'd started humbly, in her basement, looking to provide kids with a magical place to find the wide and varied worlds of literature. After a decade of unexpected success, the experiment expanded into a store in Glendale. All along, it was staffed by retired teachers and the like, and Lubeck and crew worked not for the money, but for the love of books and the children who benefited from them.

As strong as that love was, the worry was clear: After fifty years, with the loss of Lubeck as owner and steward of the Bookies mission, the store might shutter. But another independent bookstore — Tennyson Street’s BookBar — is now taking the Bookies under its considerable wing.

Nicole Sullivan first heard about the chance to continue the work of the Bookies earlier this year. "Sue's family had reached out a while back to see if there was any interest, and started the conversation again after her passing," Sullivan recalls. "They were looking for buyers, putting it out there. It makes sense, talking with people already in the business. Makes it much more viable for both stores. I'm sure there's a fancy business term for this. Economy of scale? My degree is in anthropology, not in business. Anyway, the purchase process went really quickly. It's just so exciting that BookBar had the opportunity to have a role in all that Sue has built." Nicole Sullivan (fourth from left) with The Bookies staff
BookBar/The Bookies
That’s not to suggest that kids will be able to belly up to a Bookies bar for a sarsaparilla or a Shirley Temple, as adorable as that idea might be. “This will not be a second BookBar,” Sullivan acknowledges. “The Bookies will remain the Bookies. Our intention is to continue the best we can to carry on with Sue’s vision and honor her legacy.”

Sullivan just encountered Lubeck herself a few times, but admired her commitment to community literacy and her determination to get books in the hands of kids. "I only got to meet Sue in passing a few times, at the Bookies and at some of the trade shows," says Sullivan. "She was so kind. So gracious. But since I've undertaken this new venture, talking with employees, people that knew her, all we hear are stories about just how incredibly unique she was. The real-life stories are just amazing. She remembered everything: birthdays, special occasions, all that, and she'd always plan something special for them. If someone called in sick, she didn't tell them to make sure their shift was covered: She brought them soup. All the stories —I'm blown away. It's such an important reminder that it's not all about the business. It's about just how much people matter."

Marilyn Robbins, BookBar’s children’s program coordinator, expands on that idea. “It’s never been more clear, after the last couple of years, just what an impact children’s literacy has on communities and on children themselves," she says. "It was necessary for children and teens to be able to escape the day-to-day anxiety of COVID and online learning by getting lost in stories.” 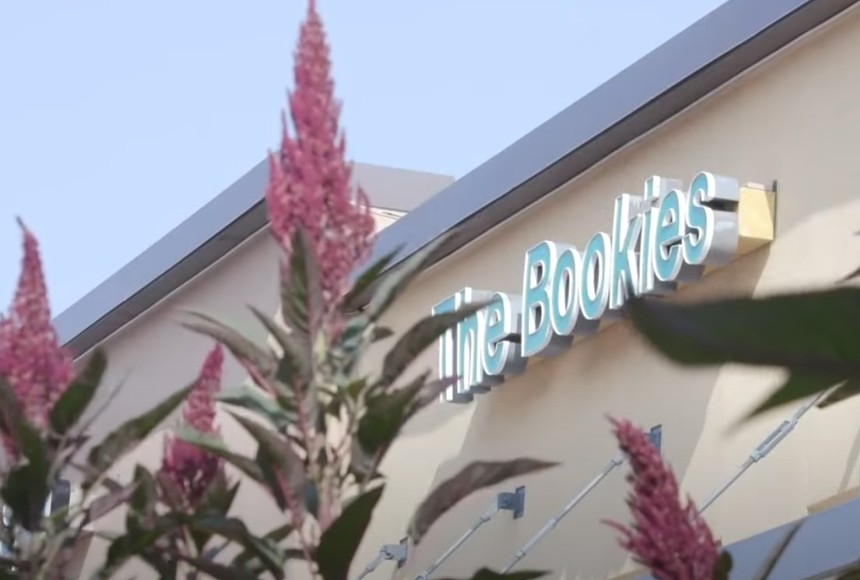 The Bookies will keep its name, its history, and its garden out front.
YouTube
Letting kids get lost in stories has always been one of the goals of the Bookies, and that sentiment was borne out in a letter sent to staff by the Lubeck family to announce the deal. It thanked them for their years of support, acknowledged that the founder could never be replaced, and promised that her legacy will persevere. “We believe Nicole has the capability, energy, and excitement to bring the business into the future,” the letter reads.

To integrate the two stores, Sullivan says that both will reincorporate as a Public Benefit Corporation, “a first step to becoming a Certified B Corporation.” This will enable the Bookies to work directly with the nonprofit BookGive, just as BookBar has, donating 10 percent of all book sales and 100 percent of all VIP Membership dues to the organization. "The Bookies' mission has always been to get books in hands, with a very community-service approach. They've given discounts to educators, donated books to schools. It feels like such a natural fit," she notes. Since opening at 4890 Lowell Boulevard in March 2020, BookGive has collected and redistributed more than 70,000 books to those in need.

For longtime customers of the Bookies, the transition should be seamless. Sullivan doesn’t anticipate many changes during the first few months of ownership, and says that everything is already in process, even though the ownership shift just took place November 1. “We closed on the deal and were at the store by 8:30 in the morning, raring to go," she explains. "Like I said, it's been fast, but we're taking all the steps we need to do it well and with respect. There’s so much to learn from a bookstore that’s been in business for fifty years!”

The Bookies, the importance of learning and people, literary service to kids...sounds like Sue Lubeck's legacy is alive and well.

The Bookies is located at 4315 East Mississippi Avenue in Glendale; BookBar is at 4280 Tennyson Street in Denver. Check out their websites to enjoy what each does best.
KEEP WESTWORD FREE... Since we started Westword, it has been defined as the free, independent voice of Denver, and we'd like to keep it that way. With local media under siege, it's more important than ever for us to rally support behind funding our local journalism. You can help by participating in our "I Support" program, allowing us to keep offering readers access to our incisive coverage of local news, food and culture with no paywalls.
Make a one-time donation today for as little as $1.