Looking Inequity in the Eye With Dr. Carey Candrian

Dr. Carey Candrian David Weil
When Carey Candrian first arrived as an associate professor at the University of Colorado School of Medicine, she was not yet comfortable with identifying as a lesbian. She had known she was a lesbian since the age of sixteen, but hadn't come out to anyone besides herself. While she knew she wanted to study health care for the older LGBTQ community, Candrian felt that she needed to be able to embrace her own sexual identity before asking her research participants to do the same.

"I was just afraid, really — afraid to be out, and also to be doing this work. I kept trying to continue to hide and not actually do the work that I really wanted to do, and it just became too much. I knew that I wasn't able to do this work effectively if I didn't put my entire self into it," Candrian says. "That was probably five years ago, and my mentor was really terrific and supportive. People are realizing that it's really important to be out and create a more inclusive community by recognizing that we are all over."

In an effort to increase the visibility of LGBTQ seniors and humanize the data she spent years collecting, Candrian has created an exhibit of her photography called Eye to Eye: Portraits of Pride, Strength, Beauty, which showcases intimate portraits of nearly three dozen LGBTQ women aged 59 to 85. The exhibit has been on display at the Fulginiti Pavillion at CU Anschutz since October, but because the pandemic has made it only accessible to CU staff and students, Candrian is speaking with galleries in Denver and Boulder to find the collection a more permanent home. 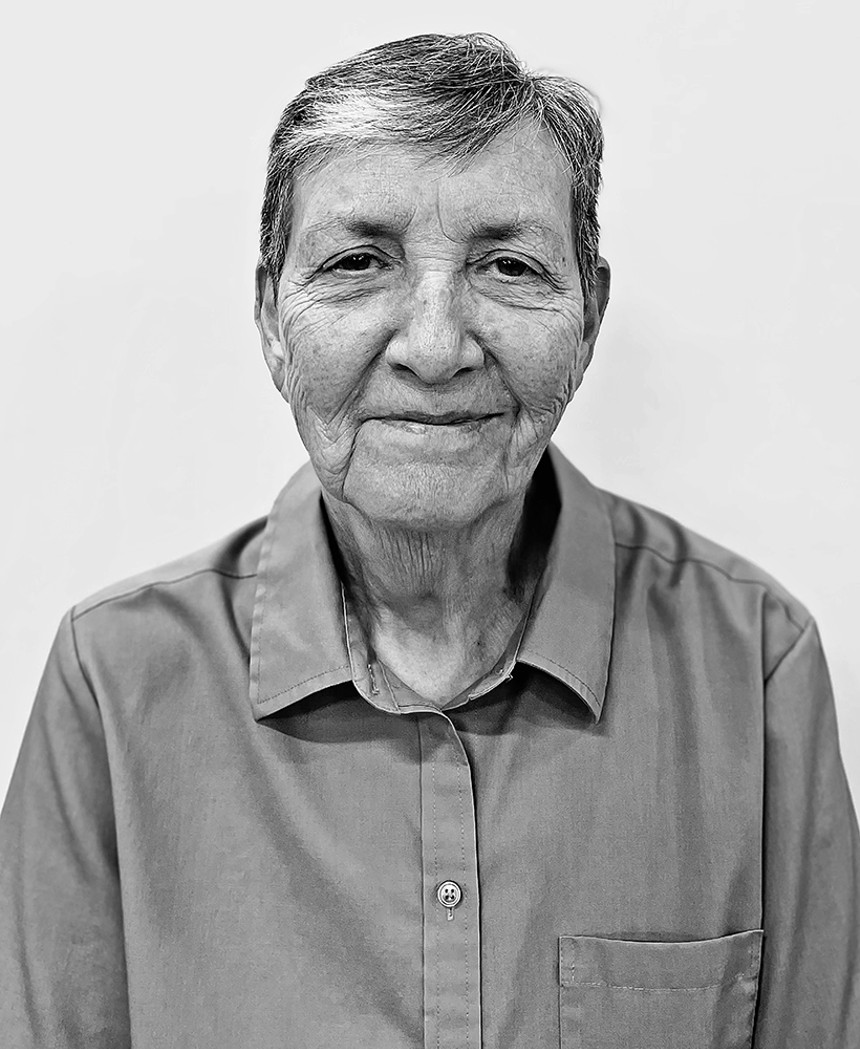 "Mental health is lacking for everybody and especially for lesbians." - Kathy, age 77, psychotherapist
Carey Candrian
Candrian was invested in studying end-of-life care before narrowing her scope on the LGBTQ community. Through her discussions with research participants, it became apparent that LGBTQ senior citizens wrestled with unique concerns about aging. With no consistent federal anti-discrimination housing laws protecting the LGBTQ community, 76 percent of older LGBTQ adults fear having adequate support as they age.

She began interviewing older LGBTQ women in senior living communities about their health care needs, and even had a research project funded by the Lesbian Health Fund. She found that the disparity between the health of queer women and cisgender, heterosexual women was staggering, but statistics alone weren't having enough impact on the public or other medical researchers. That's where the portraits came in.

"I could go in and say horrific statistics like, 'Staying silent takes up to twelve years off their lives,' and it wouldn't land anywhere. They weren't having the impact that I was expecting them to have," Candrian says. "So it really became like, 'How can I have people connect with and see the LGBT community differently, and really connect with somebody behind these horrific statistics?' That was the idea behind taking their pictures and using part of their quotes." 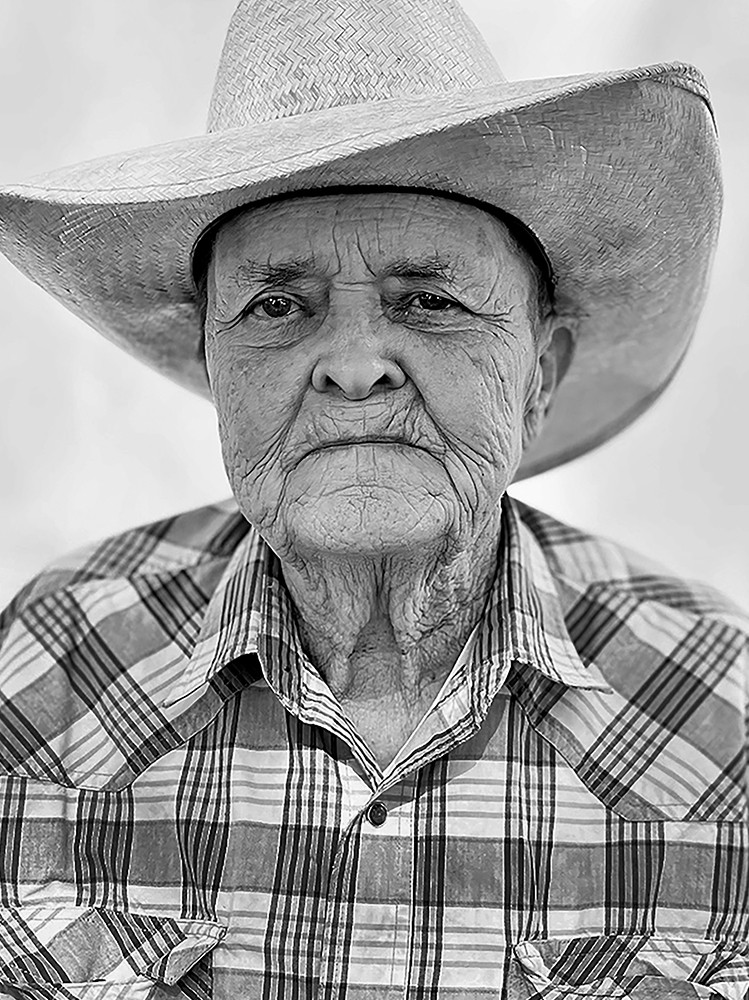 "I denied myself for 40 years. Next 40 I became who I am. Now I have a life to live." - Jude, age 80, geologist
Carey Candrian
Candrian had only taken a photography class in high school, but she decided that supplementing her data with striking black-and-white photographs of her research participants would pack more of a punch than the statistics alone. Each photograph is paired with a quote from the participant, along with their name, age and occupation, to give more context to who these women are and what they've been through in their lives.

"The stories are helpful, but I think when you see an image with a story, it really just gives the data a whole other level of heart and soul," Candrian says. "I love doing it."

She chose to take up-close-and-personal black-and-white shots to make the collection uniform as well as highlight each subject's individuality. "I wanted it to be so that when you look at these images, you're actually looking directly into their eyes. The black and white keeps it so you can really focus on the face and not get distracted by a colorful shirt or wild background. It adds more rawness to the beauty that's deep inside them," Candrian explains. 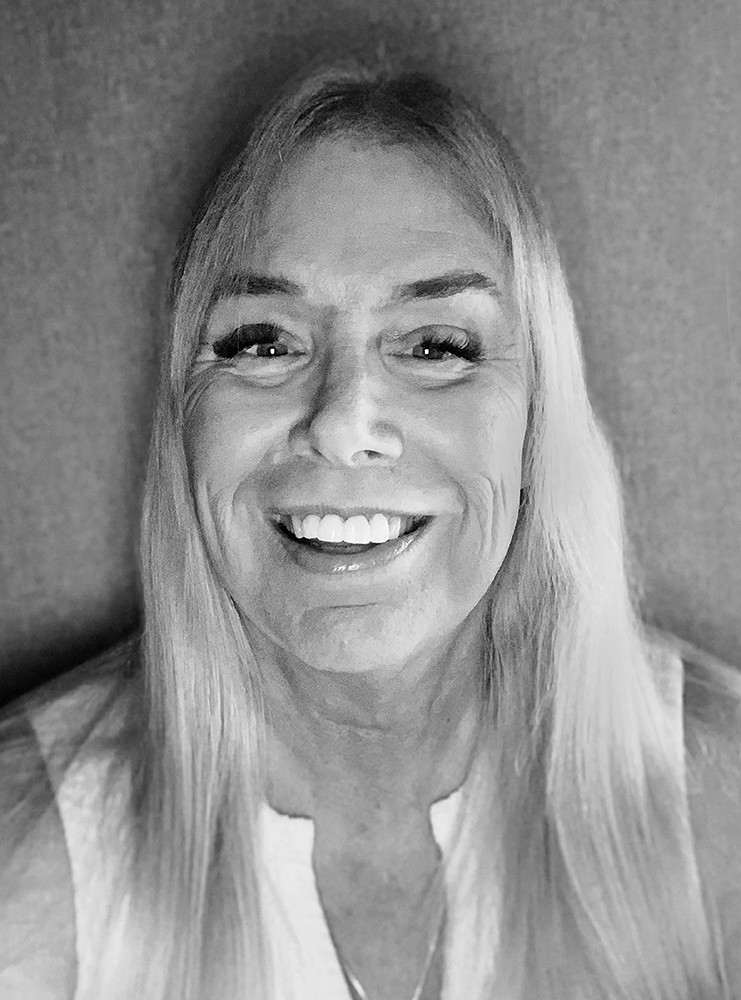 "I have concerns about hospice. I'm worried things will be outside my control. I still have to shave. I don't want hair on my face when I die." - Janelle, age 69, nuclear power technical manager
Carey Candrian
Besides her desire to create more dialogue around LGBTQ older adults and their medical needs, there were two other salient reasons for Candrian's determination to pursue a photography project. "I think with COVID, it was also about finding more joy and meaning in my own work. Especially in academia, there's so much pressure to publish and get grants, but bringing more arts into academics and medicine is critical," she explains. "The final thing was that so often the LGBT community is talked about from such a deficit perspective: they're lonely, they're poor, they're estranged from family, they have terrible health outcomes. Which is all true and important to talk about, but there's also this undercurrent of incredible stories of resilience, courage and bravery. That is what I wanted to show with this photo exhibit, because these women had such an impact on me." 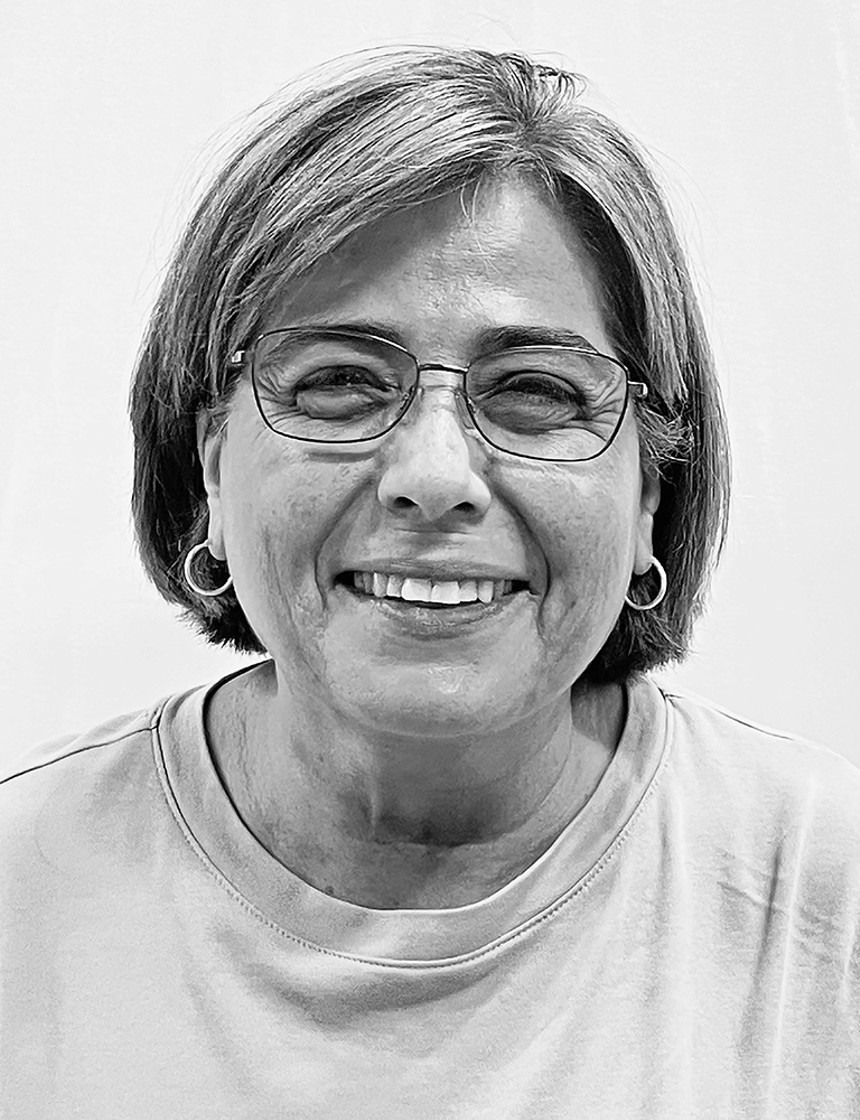 "The hardest part was when she was dying, and I couldn't say we were married. We were together 33 years." - Esther, age 67, information technology
Carey Candrian
The women Candrian interviewed became a huge source of inspiration for her, both personally and professionally. "They really did become role models for me. To have [come out] when they did is the biggest act of courage and the strongest sense of self, despite losing jobs, families, friends," she says. "They have so much wisdom and insight that needs to be informing the way we think about research, the way we design classes and the way we design curriculum."

The successful reception of Eye to Eye has pushed Candrian to reconsider the ways that scientists communicate research results to the general public. Going forward, she hopes to continue to find alternate ways to make scientific data more accessible to the average person.

"I think this has really opened my eyes to what else is possible, and how important it is to not just keep writing about it in an academic journal, or expect that the same way of disseminating research is going to be effective in different communities. We need to innovate to really address these deep-rooted disparities," she states. "I don't know that it will continue to be photographs, but I think some way of making sure that people connect with the people behind the data and the statistics will definitely always stay with me."

"Even with all the difficulties I've had with it, coming out was still the better choice for me." - Annalynn, 69, HVAC
Carey Candrian
Eye to Eye: Portraits of Pride, Strength, Beauty, Fulginiti Pavilion for Bioethics and Humanities, CU Anschutz, 13080 East 19th Avenue, Aurora. The full exhibit can be viewed online.
KEEP WESTWORD FREE... Since we started Westword, it has been defined as the free, independent voice of Denver, and we'd like to keep it that way. With local media under siege, it's more important than ever for us to rally support behind funding our local journalism. You can help by participating in our "I Support" program, allowing us to keep offering readers access to our incisive coverage of local news, food and culture with no paywalls.
Make a one-time donation today for as little as $1.