Mark Sink with Andy Warhol. Christopher Makos, courtesy of Mark Sink
Through the early ’80s, photographer Mark Sink worked for Andy Warhol. The two would occasionally vacation together in Sink's home state of Colorado, going on ski trips where Warhol had a knack for spotting famous stars under their stocking caps and scarves.

Once, they traveled to Aspen, hired a couple of snowmobile drivers and zoomed into the mountains around the Maroon Bells.

Andy Warhol and his driver on the fateful snowmobiling trip.
Mark Sink
Sink remembers dragging his hands through the snow as he zipped past Warhol, accidentally shooting powder into the goggles of the artist's driver, who lost control and shot off what looked like a cliff.

“I thought I’d killed the prince of pop art,” he recalls. 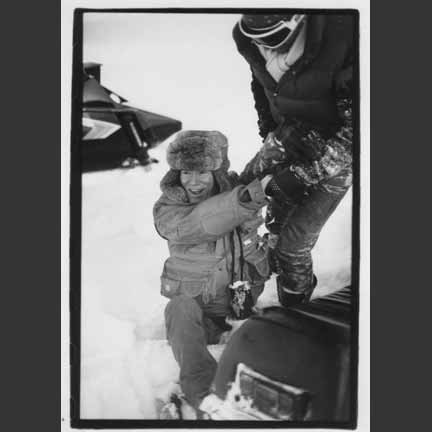 Andy Warhol recovers from a snowmobile accident.
Mark Sink
But when he and his fellow snowmobilers got off their machines and walked to the edge, it turned out not to be such a big drop after all: Warhol and his driver were fine, and everybody laughed.

Sink first met Warhol when the artist was in town exhibiting his work and Sink was a student at the University of Colorado Boulder, as well as a bike racer. He and other cyclists had crashed near the finish line of a race, and Sink found himself with a nasty case of road rash. When he visited with Warhol outside of a Boulder motel, Warhol asked to see the cuts, and Sink dropped trou. Right then, the president of the university appeared, wondering why a student was baring it all for the famed artist.

Andy Warhol
Mark Sink
These are just some of many stories that Sink plans to tell on Thursday, January 24, at Station 16 Gallery, in a PowerPoint presentation chronicling the time he spent working for Warhol starting in 1981 up through the artist's death in 1987. His talk is set for the opening night of an exhibit of screenprints of various Warhol quotes; the show runs through February 24.

Drawing from his longstanding friendship with Warhol, Sink says he doubts the origins of many of the sayings that have been attributed to the artist, including his most notorious: "In the future, everyone will be world-famous for fifteen minutes." Sink is not alone in disputing the source of that particular quote, which Smithsonian reports has been attributed to others in the art world. 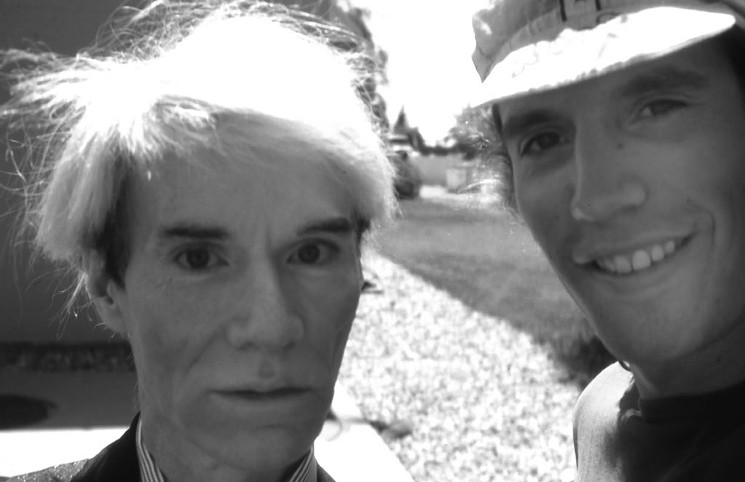 Andy Warhol and Mark Sink.
Mark Sink
“Andy’s whole career is based on the Factory and having other people do his things for him," explains Sink. "He had people make his work. He sent look-alikes to go speak for him at lectures. His mother signed his work for him.” As for the quotes? Sink says they were probably other people’s, too.

Smooth as Silk: An Exhibition of Famous Andy Warhol Quotes opens at 6 to 9 p.m. Thursday, January 24; Art Talk With Mark Sink: From A to D and Back Again – Untold Stories of Andy Warhol starts at 7 p.m.. The show runs through February 24 at Station 16 Gallery, 3330 Brighton Boulevard.

Sink is now gearing up for the biennial Month of Photography, which starts March 1.  For more information, go to the Month of Photography website.
KEEP WESTWORD FREE... Since we started Westword, it has been defined as the free, independent voice of Denver, and we'd like to keep it that way. With local media under siege, it's more important than ever for us to rally support behind funding our local journalism. You can help by participating in our "I Support" program, allowing us to keep offering readers access to our incisive coverage of local news, food and culture with no paywalls.
Make a one-time donation today for as little as $1.