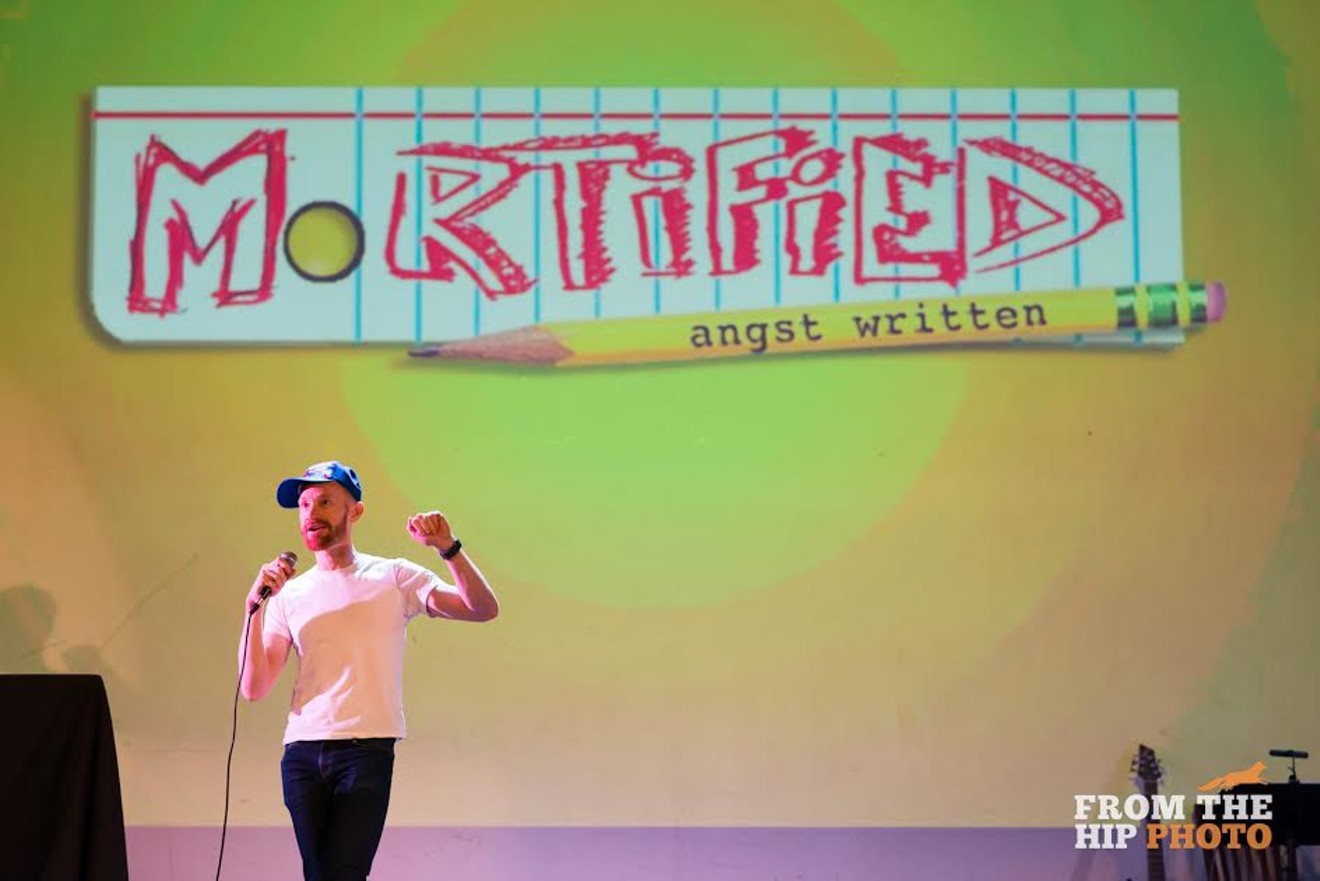 Mortified Courtesy of Mortified
David Nadelberg found a box full of junk from his childhood, including a love letter. He was mortified. Instead of tossing it, he sought out what other hidden embarrassing treasures people had filed away from their angst-riddled youth.

He recruited a group of readers to share their tidbits, called the event Mortified, and when he found at his performance that the audience couldn't stop laughing — or cringing — he made it a regular series and took it to twenty cities worldwide.

Now it's a franchise: There's a book, a podcast with half a million listeners, and even a Netflix documentary.

"It was really just sort of a fluky thing that came about as a result of that guy David finding the letter," says David Blatt, who is organizing Denver's next Mortified event, on Valentine's Day.

Blatt got involved with the series when he was living in San Francisco, and when he moved to the Mile High City, he decided to form a local chapter. In the years since, he has become head producer. 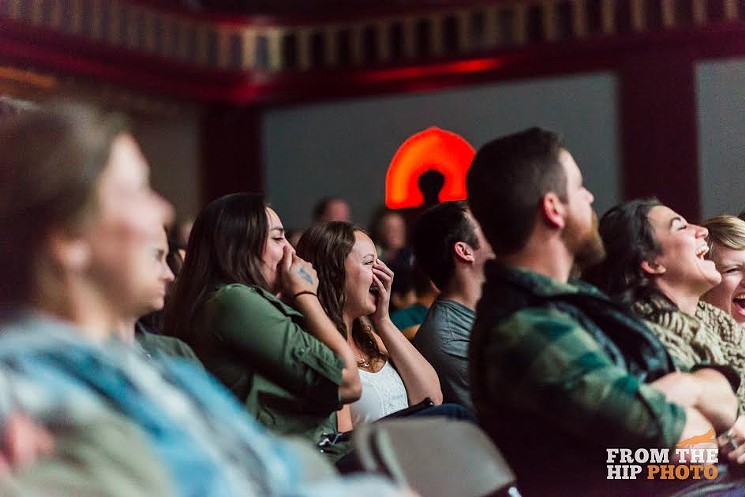 Mortified
Courtesy of Mortified
The funniest mortifying moments shared at the events are ones with "super quirky details," Blatt says. He recalls a story about a girl who was dating a guy who claimed to be a vampire. "Instead of a first kiss, he talked about draining her blood."

It's all about sharing life's most awkward moments. "People get really excited for the chance to share those things that they thought were so private," Blatt says.

Who gets to take to the mic? "Everybody from Plain Jane to Retta from Parks and Recreation or Elijah Wood."

Blatt adds, "It's a fun, unique process. People come to my house with a bag of journals they never thought would be seen by anyone else. We go together through that stuff and find the elements that have a through line, and we'll whittle down those pieces — never adding anything at all, of course, just whittling down whatever they've got."

Maybe they pick stories about a crush they couldn't stop obsessing over, or challenging relationships, or awkward experiences going abroad. 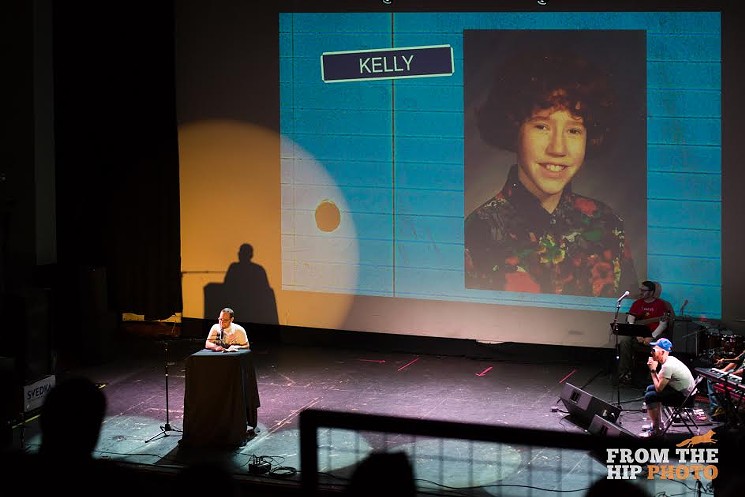 Mortified
Courtesy of Mortified
Each show features five or six people and some kind of house band. In Denver, that band will be Hot Lunch.

"Each song played live underscores something just read by the readers; it will be a throwback from the era that reader grew up in," Blatt says.

"We try to highlight the many different voices of folks in Colorado. At the last show, there was a trans guy. We're always bringing in people of color and people of different backgrounds and orientations," says Blatt. "That's part of the mission of the organization."