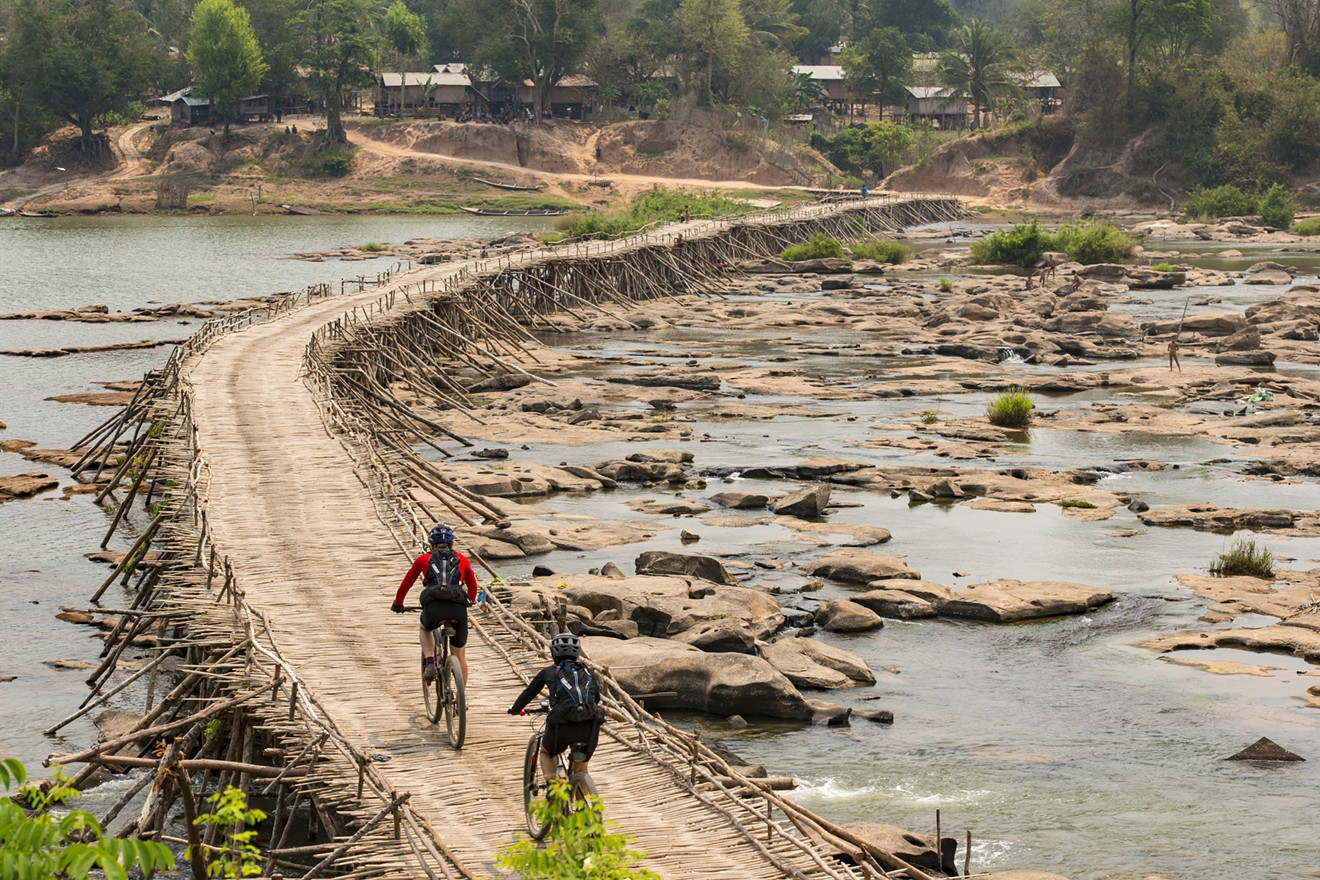 Rebecca Rusch and her partner, Huyen Nyugen, on the Ho Chi Minh Trail. courtesy Josh Letchworth
When professional endurance mountain biker Rebecca Rusch rode the 1,200-mile-long Ho Chi Minh Trail that runs through Vietnam, Laos and Cambodia in 2015, it was the culmination of another long journey.

In 1972 her father, an American soldier in the Vietnam War, had been in a plane shot down over the trail. For over thirty years, Rusch and her family were unsure if he was alive, if he had become a prisoner of war, or if he had been killed that day. But in 2007, a search-and-recovery mission finally identified his remains.

"There was always doubt growing up," says Rusch. "I had dreams that I would meet him in a coffee shop and tell him about my life. You would see these movies about prisoners of war who had started new families in Vietnam. Those dreams stopped when they found his remains." Yet for Rusch, the sure knowledge of her father's death was not only the end of something, but a beginning. Rusch had never known her father, who died when she was three; she now decided to go out and discover who her father really was.

Riding the Ho Chi Minh Trail, a network of roads built during the war to provide logistical support for the Vietnamese Army and Viet Cong, to find her father's crash site seemed a perfect collision of Rush's cycling world and her personal quest. In 2013, the idea was green-lighted by Red Bull Media House, which would follow her with a documentary crew. The resulting film, Blood Road, follows Rusch on her journey alongside Vietnamese cyclist Huyen Nguyen through more than a thousand miles of jungle. 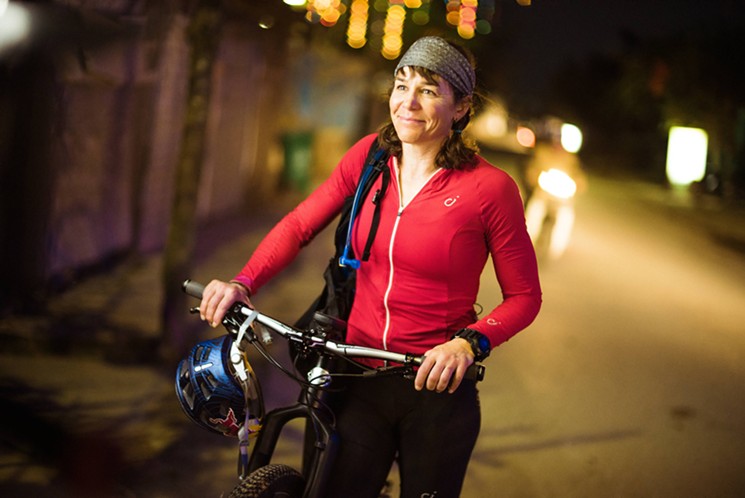 Rebecca Rusch posing in Vietnam.
courtesy Josh Letchworth
Though the 1,200-mile trek required biking, kayaking and hiking on foot over rigorous terrain, Rusch is no stranger to massive feats of physical exertion. Proudly nicknamed the "Queen of Pain," she has won countless endurance mountain-biking races, including the iconic Leadville Trail 100, which she won four times in a row between 2009 and 2012. But the great test of this Vietnam trip was emotional. "The physical riding wasn't the hardest part," remembers Rusch. "The challenge was to be vulnerable, to be open –– to my crew, to Huyen, to myself."

The journey became a perspective-altering voyage through Rusch's own history as well as Vietnam. "It ended up opening my eyes through seeing what the other side experienced," says Rusch. "The war was 45 years ago, but it is still affecting people's lives there."

Rusch's partner, Huyen, grew up with a bomb crater in her yard. At one point in the film, she tells Rusch that she never thought of the men like her father, who bombed her country, as real humans...until Rusch shows Huyen a photograph of her dad. For Rusch, this and other moments of humanization and understanding across cultures became the heart of the journey. "In the States, we don't live with conflict in our back yard," she says. "I think if everyone could see what it's like where we were, a lot of people's perspectives would change." 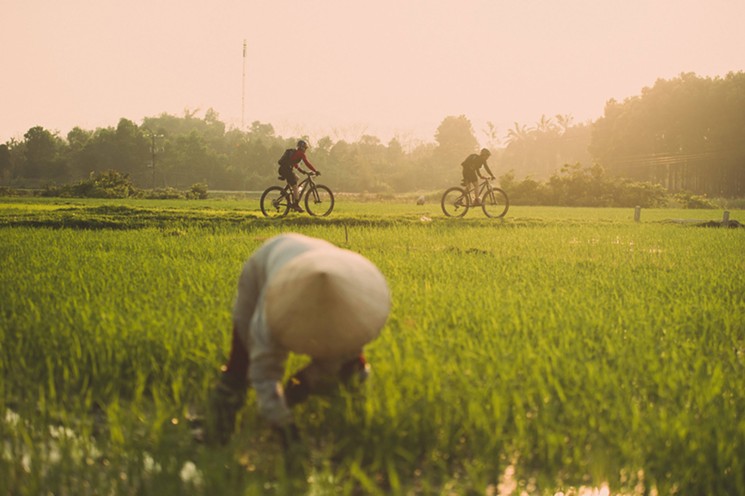 Cycling the Ho Chi Minh Trail.
courtesy Josh Letchworth
Rusch still acts in service of this belief. Last November, she returned to Vietnam, where she guided fifteen bikers for eight days along the middle portion of the Ho Chi Minh Trail. "I wanted to go back and ride, of course, because it is beautiful, but I also wanted to show others the bomb craters and the villages I saw," explains Rusch. The trip also raised funds to help clear unexploded American ordnance –– land mines –– still littered across the country, endangering Vietnamese lives. In August, she will return again to embed with a de-mining team, Mines Advisory Group.

When asked why she chose to participate in such grueling, difficult expeditions for a career, for many years Rusch had no answer. "I think my dad brought me there to teach me a lesson," she says now. "He gave me a purpose for riding. I could use my bike as a vehicle for change."