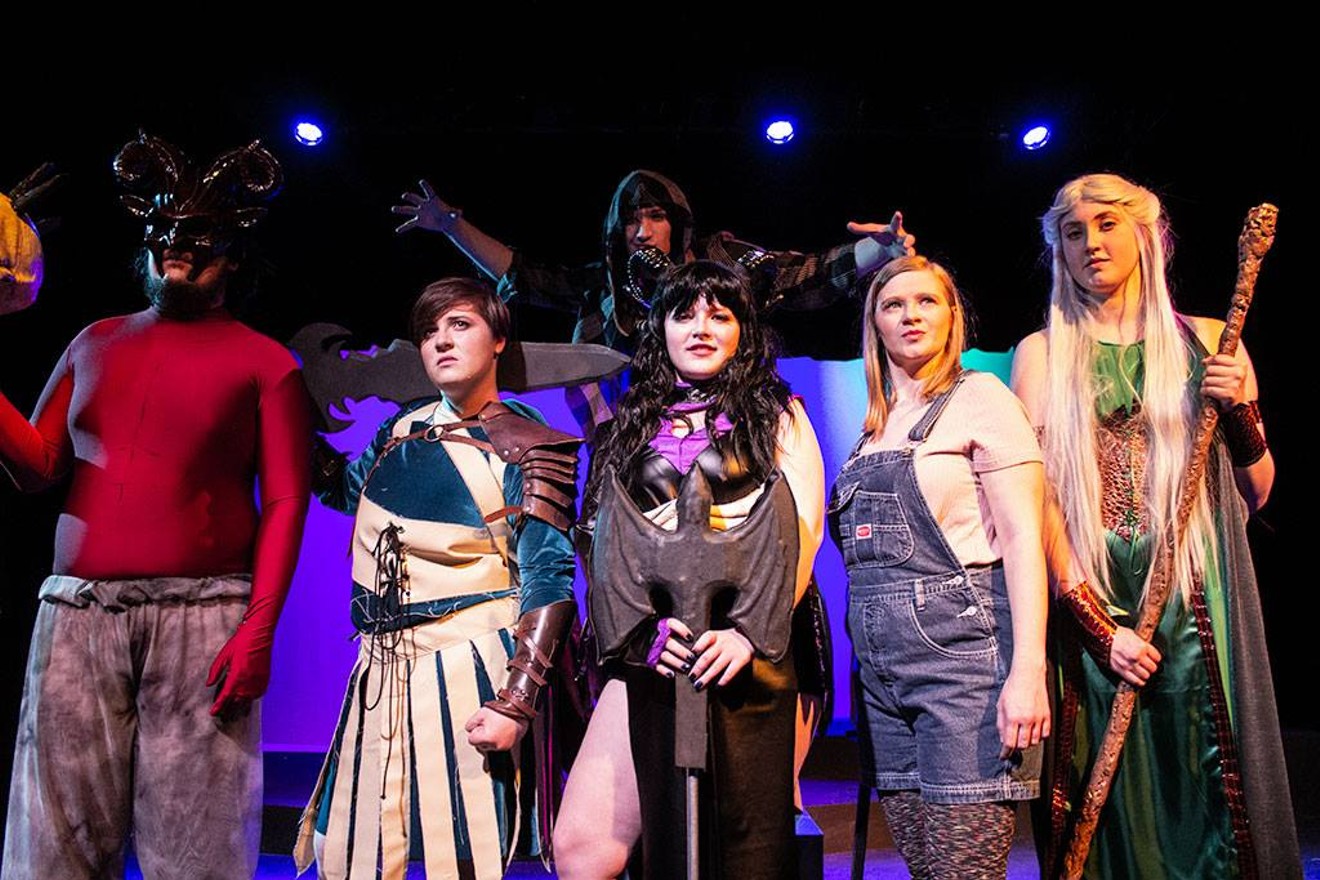 Students perform in a 2019 Red Rocks Community College show in pre-pandemic days. Regina Ayala, courtesy of Red Rocks Community College Theatre Arts and Dance
Writing, rehearsing and performing a play in 24 hours sounds like an impossible task — but it's exactly what Albuquerque's Leonard Madrid and the Blackout Theatre Company ask fellow theater groups to do every year as part of their Two Four Seven Festival.

The event — the company's attempt to collaborate with fellow theater groups without long rehearsal hours — brings seven teams together to create an original short play from scratch before performing it for a live audience.

For the first time this year, the festival will go virtual because of COVID-19 restrictions and branch outside of New Mexico to include a team from Colorado: the Theatre Arts and Dance Program from Red Rocks Community College.

"Moving online has had us be able to work with playwrights, actors and other collaborators from way outside of New Mexico," Madrid says. And for him, inviting Red Rocks Community College was a no-brainer; Madrid used to work as a theater instructor at the Lakewood school. "I've always wanted to do something with them. It was the perfect opportunity."

Logo by Blackout Theatre Company
"I'm always grateful for an opportunity to get my name out there, and I'm just excited to work with the group of people they were proposing," Underhill says. "It's really great to see what the theater community looks like spread across the different states people are participating from. When we think of COVID, we think of all the lost opportunities, but I know that this is probably an opportunity I wouldn't have had if it weren't for the pandemic. So it's kind of a good way to take a more positive look at things."

Teams will begin writing their plays at 7 p.m. on Friday, February 26, and will have 24 hours before putting on live performances the following evening. And just in case the time constraint wasn't challenging enough, participating teams will also be required to follow seven rules in writing their scripts. Each team will draft one of those rules. Previously, regulations varied from the complicating Rule Number Three — "One actor must speak but never be on stage" — to the abstract, like Rule Number One — "Sheryl doesn't drink water after midnight."

"It'll be wacky. It'll be very creative, and most likely very funny," says Eldredge, who chairs the Red Rocks Community College theater department. "We all don't get a chance to see live theater right now, and a big advantage of live theater is you never know what's going to happen. So I hope people tune in and enjoy the works in progress."

Madrid says the event is sure to be both a medley of entertainment and a celebration of talent working in the two different states.

"Both the Denver and Albuquerque theater communities are incredibly supportive. Different people from different companies love supporting other people's work," Madrid concludes. "Two Four Seven is a time where we can convey that."

The free virtual performances will begin at 7 p.m. on Saturday, February 27, on the Two Four Seven Facebook event page.
KEEP WESTWORD FREE... Since we started Westword, it has been defined as the free, independent voice of Denver, and we'd like to keep it that way. With local media under siege, it's more important than ever for us to rally support behind funding our local journalism. You can help by participating in our "I Support" program, allowing us to keep offering readers access to our incisive coverage of local news, food and culture with no paywalls.
Make a one-time donation today for as little as $1.

Casey Van Divier grew up in Colorado and graduated from the University of Colorado Boulder. She now works as a Denver area journalist covering local news, politics and the arts.
Contact: Casey Van Divier