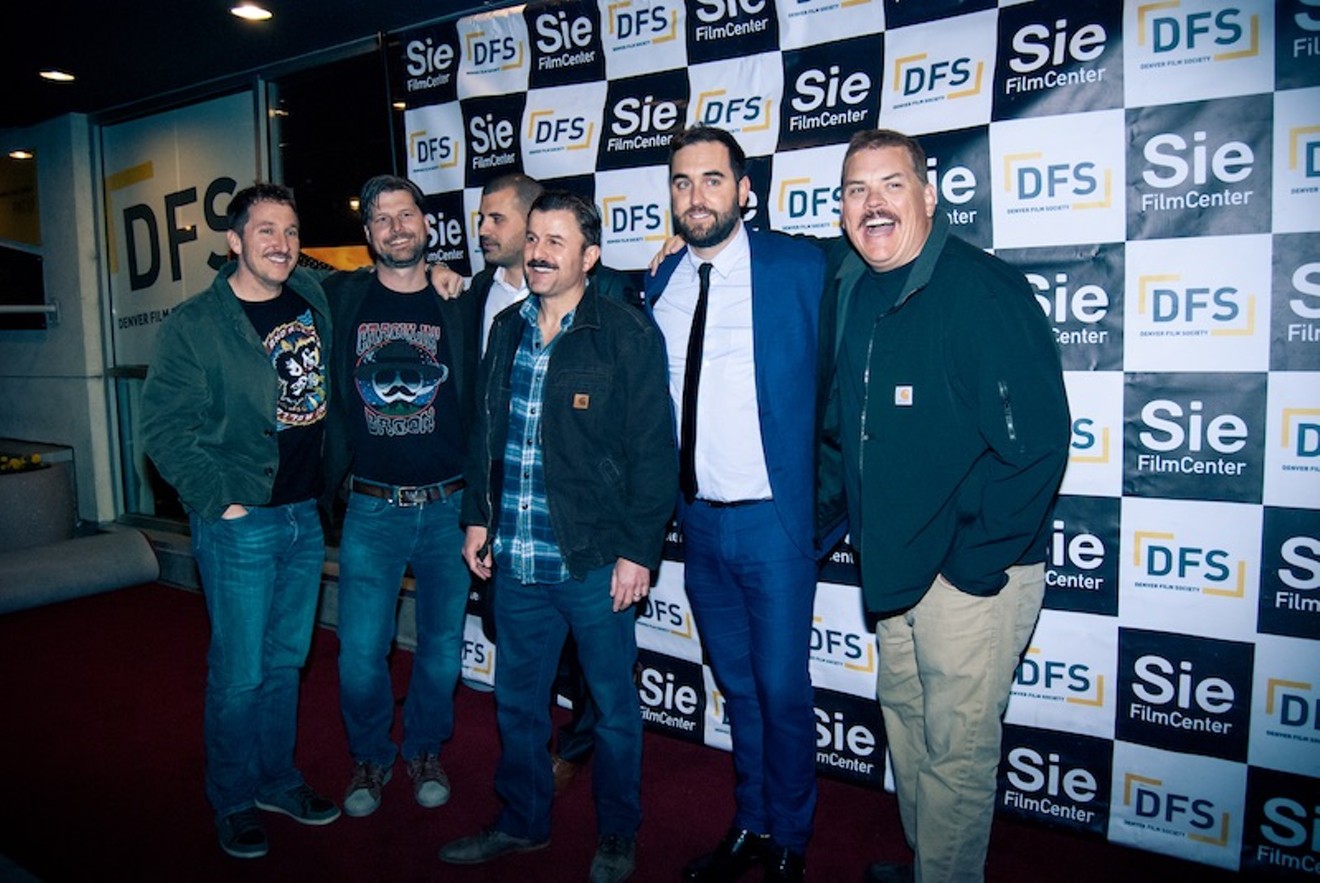 The stoner-friendly film wasn't a hit upon its initial release — all the way back in 2001 — but has subsequently built up such a healthy cult following that its sequel's production was essentially completely funded by fans. Among Broken Lizard's fans are Sexpot Comedy's Andy Juett and Kayvan Khalatbari, whose contributions kept the production afloat during a troublesome shoot.

Super Troopers 2 celebrated its Colorado connection at a special premiere of the film on Sunday, April 15, at the Sie Denver Film Center, followed by a question-and-answer session with cast members Kevin Heffernan, Steve Lemme and Paul Soter. Since this was a Sexpot soiree, guests mingled in a nearby weed bus, munched on complimentary grub from Sexy Pizza and Uber Sausage and generally exalted the fans' collective ability to will a comedy into being.


"It was amazing at the premiere to be able to acknowledge long-time partners like Sexy Pizza, Incredibles, Keef Cola and LivWell," Juett exuded when Westword caught up with him after the screening. "We're very lucky to have great, community-minded people around us." Indeed, the Sie Film Center was positively brimming with local comedians, cannabis-industry insiders and enthusiastic fans of the affably goofy police spoof.

"Everyone we've seen this film with really likes it. It's faithful to the original and stuffed with jokes, so if you liked the original, you're really going to love this movie," Juett assured us, and the Sie audience's enthusiastic response backed up that prediction. In addition to the Broken Lizard crew — which also includes the absent Erik Stolhanske and director Jay Chandrasekhar — the movie boasts an impressive cast of comic ringers, such as Jim Gaffigan, Will Sasso and Tyler Labine, as well as endearingly silly turns from Rob Lowe, Emmanuelle Chriqui and Brian Cox.

Sexpot's collaboration with Broken Lizard was — like Super Troopers 2 — years in the making. "When Jay (Chandrasekhar) called us in the summer of 2016 to jump on board this project, we couldn't believe it," Juett revealed. "These are extremely funny guys that we look up to, so it was a no-brainer. We were just stunned; and to play a small part in helping this movie happen is so damn fun. Broken Lizard feels a little like Sexpot Comedy: Just a small group of people that care a lot about making good stuff with their friends. It was special."

See Super Troopers 2 for yourself when it opens across the country on Friday, April 20.