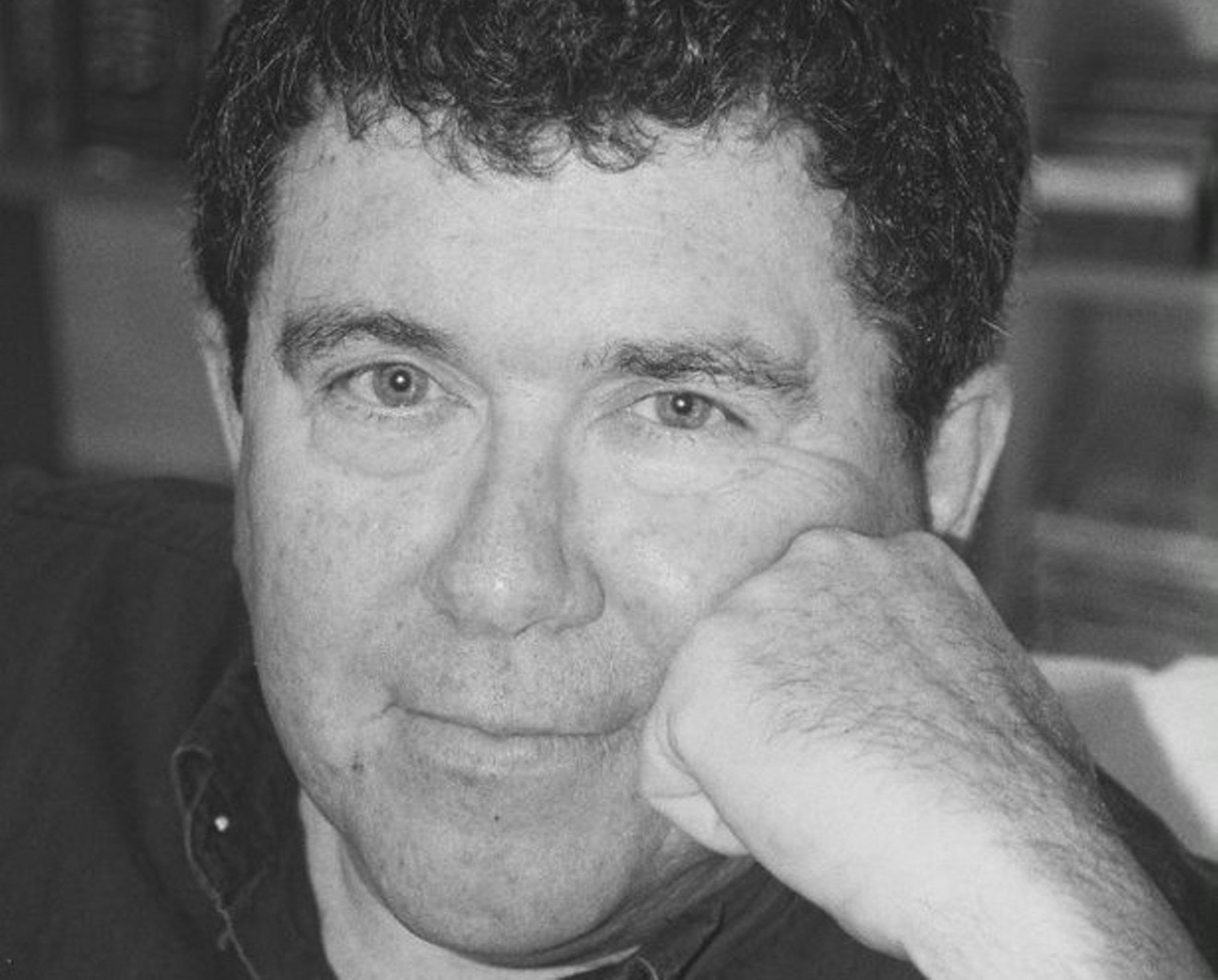 Tom Clavin has worked with a wide variety of publications, from the Guinness Book of World Records to the New York Times. He’s covered everything from entertainment to sports to the environment, and has been awarded with honors from the Society for Professional Journalists, the Marine Corps Heritage Association, and the National Newspaper Association. But he’s probably best known for his team-ups with fellow writer Bob Drury and their occasional forays into the wilderness that is historical fiction.

Drury and Clavin’s partnership has won them two Pulitzer Prizes over the years, and seen two books, The Heart of Everything That Is and Halsey’s Typhoon, hit the Times bestseller list. Their most recent collaboration is a deep dive into George Washington’s wartime winter: Valley Forge. Clavin agreed to talk with us on the occasion of his October 10 reading and signing at the Tattered Cover, about our first president and the challenges he faced, and how this history might be relevant to United States leadership even today.

Westword: So you're headed for Denver to read from and sign books at the Tattered Cover. What do you have planned for the literary and history buffs who plan to attend?

Tom Clavin: What I have planned for the Tattered Cover is to tell the story of Valley Forge, with "tell" being the important word. While I will read a few short passages, my talk will focus on discussing what is an incredible and still largely unknown story about how George Washington and the Continental Army survived a horrific winter and, by doing so, saved the American Revolution.

You and co-author Bob Drury are back together in this new book; what was it that made you both want to take on the story of George Washington at Valley Forge? Why that story, and why now?

Our initial motivation was wanting to tell a story not based in the twentieth century, to go back further in time. When we considered the Revolutionary War, we almost skipped past Valley Forge, but when we dug a bit, we discovered there was a lot of treasure in it. The resiliency of a bedraggled and literally starving army was inspiring and led directly to American liberty. We didn't want another moment to pass without letting people know. 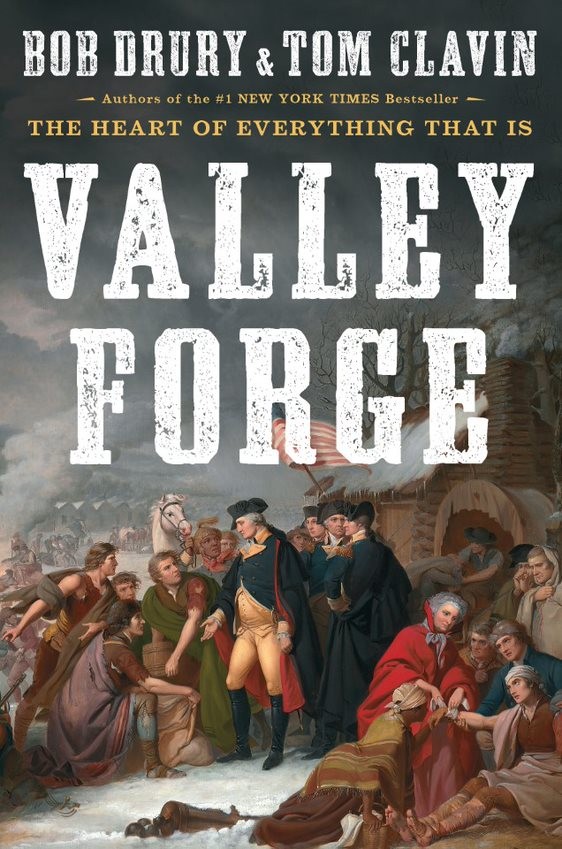 Simon & Schuster
What was it that drew you to want to tell an older story? To go further back in time and "dig a bit"?

Mostly, a sense of adventure mixed with curiosity. For me, in seventeen previous books, I'd never dealt with eighteenth-century America. And I thought Washington had stories to tell. Ron Chernow's massive biography is comprehensive, but I wanted to find and focus on one story in which Washington is the most compelling person in the room. In Valley Forge, he is shown at his most despairing, courageous and human.

What was the thing you found most surprising about the "Father of Our Country?" By what will readers be most surprised?

How passionate he was about American independence. How deeply he cared about his men, who during the Valley Forge encampment were dying around him day after day. How the winter of 1777 to ’78 he experienced the absolute lowest point of his life but would not give up or let his soldiers give up. And with the Continental Congress having virtually disbanded, George Washington was the government of the infant U.S., and Valley Forge was its de facto capital.

Washington's experience holding together a fledgling nation must have had an effect on him, both personally and in terms of his later leadership.  How do you see that isolation and determination playing out in his presidencies that followed?

My research into Washington pretty much ended at the conclusion of the Battle of Monmouth Court House, so I don't know if my opinion counts for anything about his presidencies. However, he would always be loyal to those who stuck it out with him at Valley Forge, and it's not a coincidence that he returned there to reflect and reconnect twice, once when he was president of the Constitutional Convention and later when he was president. I think for him, it was a sacred place.

How long did the research for this book take?  How do you and your co-author Bob Drury split up that workload?

The book took about three and a half years, with less than a year devoted to the writing. Once we were ready to write, it flowed. As with other Drury/Clavin books, I do 80 percent of the research, Bob does 100 percent of writing — you really can't have four hands on the same keyboard — and as batches are completed, I edit them and pinpoint passages that need to be revised. His name goes first because it's age before beauty. 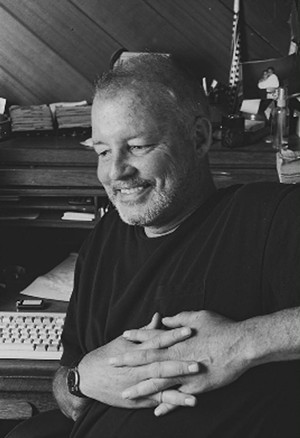 Co-author Bob Drury.
scottmanningpr
When you're writing historical fiction, how do you separate fact from story? The anecdotes take on a life of their own at times, don't they?

You can never research enough, but there comes a time when you've collected as much material as you can stand. With luck — and we were luckier with Valley Forge than we ever imagined possible — there is that marvelous combination of gripping stories corroborated by facts. Bob Drury is the best writer I know, and he has the enviable ability to take factual material and turn it into fascinating prose.

What echoes of the present day – what with the questions of leadership and the balance of power being so at the forefront of our current politics – do you think exist in Valley Forge?

I immediately think of political infighting and betrayal. More so than at any time in the war, during the Valley Forge encampment, Washington was constantly confronted by conspiracies to remove him as commander-in-chief, which would have been a disaster for the American cause. Even half the Congress wanted him gone, replaced by the latest general to kowtow to it. How Washington led his army at Valley Forge resulted in independence, hands down. As Lafayette observed, "Never have I beheld so superb a man."

Fascinating. So are you saying that what we need today is a Lafayette-level "superb man" to lead America?  Are the two Congresses, separated as they are by two and a half centuries, really that similar?

It would always benefit the U.S. to have a superb man or woman as president. In our present political climate, they seem hard, if not impossible, to find. It's kind of apples and oranges, because Washington essentially did not have a Congress at all during the Valley Forge period, and during his administrations, those involved were still trying to figure out the political system they had created and were still creating.

As a historian and journalistic veteran of the New York Times, what roles do you see history, literature and journalism playing in the era of Trump?

None. I believe to the core of my DNA that historians and journalists — who write the first draft of history — must do their best work to see both history and contemporary times for what they were and are with the best effort at objectivity without being influenced by who occupies the White House. That is certainly true of Valley Forge...and having said that, readers will see an amazing number of connections between what took place 240 years ago and today, especially about leadership and sacrifice. What conclusions are drawn are not up to us.

Everyone gets their own takeaway, for sure, but in your opinion, what are those connections of "leadership and sacrifice"?

I believed from the beginning of working on this book that what Washington cared about most was his country and its cause, his men, and his wife. All three, he thought, were his highest priorities, worth more than his own life. Sacrifice, duty, honor, service, personal courage in battle, and passion for liberty were his defining qualities. Perhaps depending on where they live, readers can make their own favorable or unfavorable comparisons with Mr. Trump.

Tom Clavin, 7 p.m. Wednesday, October 10, Tattered Cover Aspen Grove, 7301 South Santa Fe Drive, Littleton.
KEEP WESTWORD FREE... Since we started Westword, it has been defined as the free, independent voice of Denver, and we'd like to keep it that way. With local media under siege, it's more important than ever for us to rally support behind funding our local journalism. You can help by participating in our "I Support" program, allowing us to keep offering readers access to our incisive coverage of local news, food and culture with no paywalls.
Make a one-time donation today for as little as $1.