After hearing the news about Louis C.K. (but before we heard about comic-turned-senator Al Franken), we caught up with the woman who has been making comedy work in Denver for decades.

Wende Curtis: I’m really bummed. Louie is a brilliant comic. I do believe there are going to be some changes that will come from this, and things need to change.

You’ve got a pretty good tap on Denver’s comedy scene. Is the same type of stuff happening here?

Agreed. But what about sexual harassment more generally?

I’ve heard some scuttle. There’s other stuff that’s been boiling under the radar at another club, but it doesn’t happen in my joint. If it did, I’d stomp the hell out of it. The scenario is somebody in power doing whatever they want, and I think being a woman makes you more sensitive to that. I’ve been very vocal about one of my first jobs at Wendy’s at sixteen years of age. A manager was hitting on some young girls. I don’t think it was blow-me-or-you-lose-your-job-on-the-fry-station, but it was inappropriate for a 35-year-old man to have these conversations with girls. I was aware of it, and I didn’t tell anyone at the time. 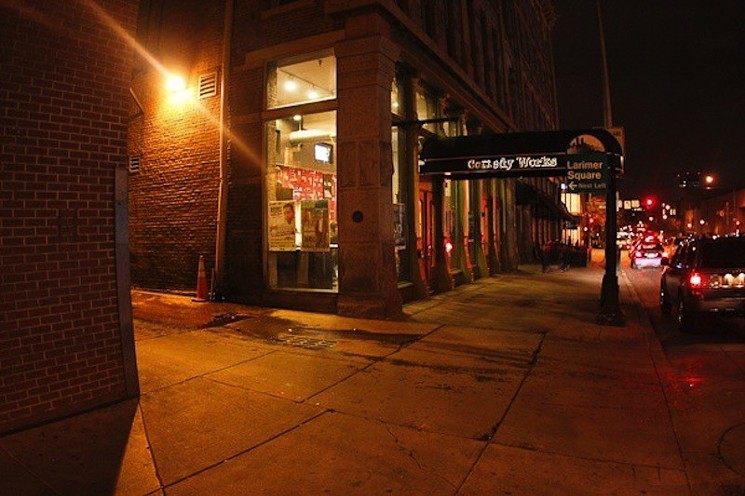 The legendary Comedy Works.
Eric Gruneisen
You started your career at Comedy Works in the ’80s, as a cocktail waitress, and now you own the place. Did you experience any sexual abuse or harassment while climbing the ranks?

Coming up in Comedy Works, I can’t recall ever experiencing any kind of awkward or demeaning stuff. But I was very, very straight. Even as a young woman, I didn’t drink or do drugs or party. So it just never touched me, and I think I wasn’t aware of a lot of things that were happening around me at the time. But those experiences exist. Talk to any of your girlfriends, and people start remembering things they haven’t thought about. And it doesn’t have to be groundbreaking; all inappropriate behavior can be impactful. We would all be very naive to think it’s an isolated thing.

Is there something about the comedy industry, maybe, that makes men think it’s somehow less inappropriate to joke with women in a sexual way, without it being harassment?

I’m so curious about this, and I’ve talked to my boyfriend about it — a lot. Do they think it’s funny? It’s not. Look, when you hear, on stage, the F-word and language you don’t use in a corporate environment, you wonder: Does that cloud things?

But that’s what’s happening on stage. It isn’t the culture, and it certainly isn’t what goes on in the box office or at a management meeting during the day — not at Comedy Works. There may be some guys goofing around in the green room, but it’s not of a sexual nature. There’s a different level of talent at a place like Comedy Works, and it comes with a more professional vibe all the way around.