Before Bumble, There Was Westword...and the Personal Ad 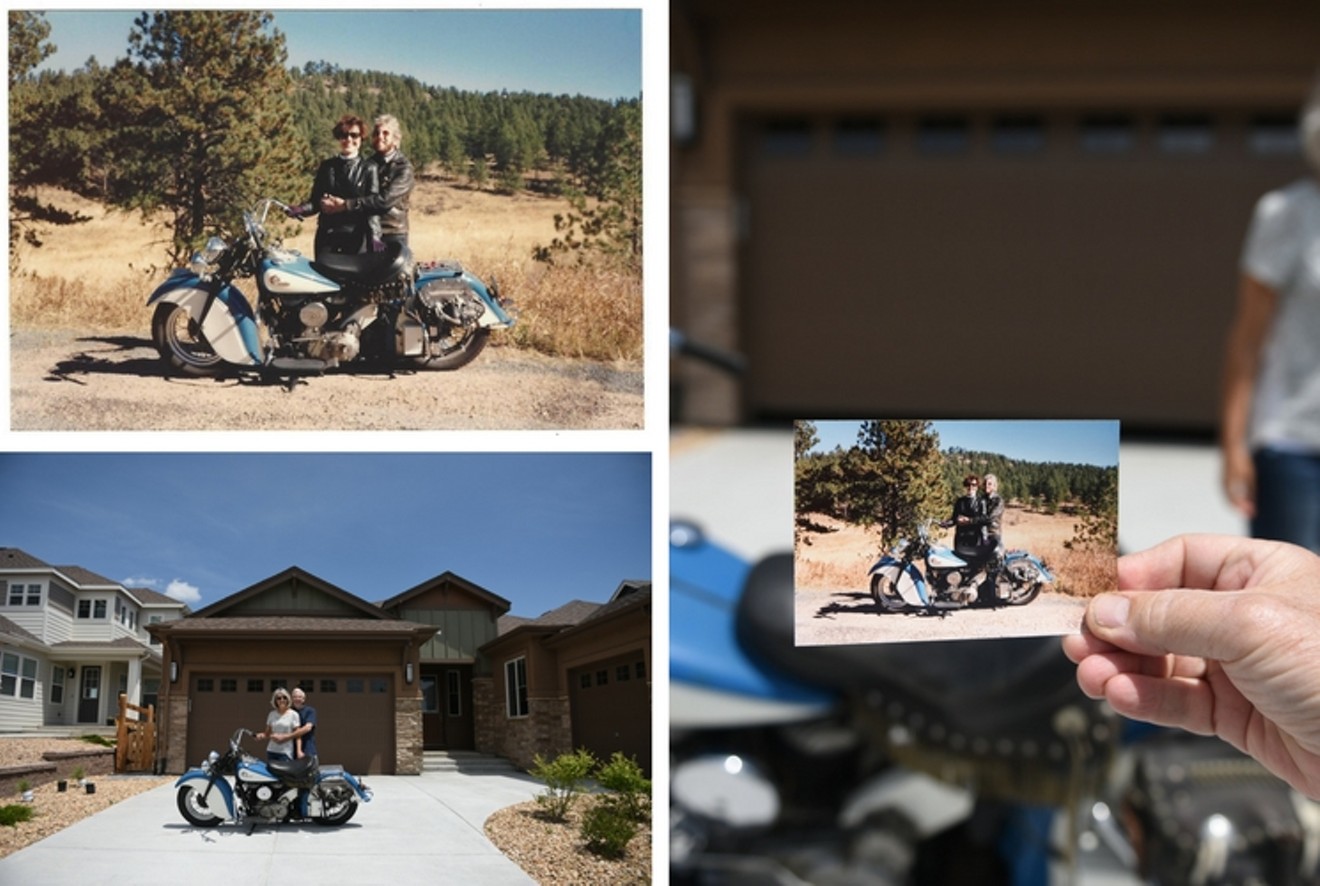 Top left: Kathleen and Steve Jaben with his 1946 Indian Chief motorcycle Colorado in 1989. Bottom: The Jabens with the same motorcycle in Colorado in 2017. Steve Jaben
In 1989, Kathleen Jaben moved to Denver from New York and ran an ad in the personals section of Westword, looking to meet people in a new city.

That Thanksgiving, Kathleen and her sisters looked through all the responses to her print ad, swiping left and right at her matches, if you will. One of the responses was from Steve Jaben, who'd been going through the personals with some friends, spotted Kathleen's, and sent her one of two photos he had of himself. It paid off: Kathleen chose to call Steve based on his photo and his nonchalant mention of wanting to take his motorcycle to Germany and grab a piece of the Berlin Wall.

Welcome to the original version of dating apps.

In the early ’70s, personal ads made up popular sections of city magazines and weeklies; when Westword began, in 1977, personals were an important part of the paper. (The business was once so big that Westword hosted weekly Romance parties where people could get help writing ads — and perhaps meet someone who'd make the ad obsolete before it even ran.) But technology ultimately replaced those painstakingly written ads. First came voice-mail ads, which sped up the process; those were supplanted by the Internet, romance websites and dating apps. But in the late ’80s, print personals were still going strong. Steve and Kathleen look at the photo Steve used to respond to the personal ad; he uploaded it to Facebook a few years ago.
Kenzie Bruce
Kathleen had answered ads in Manhattan, but had never run one before choosing Westword for its "city vibe," she remembers. "I paid $84 for him and 55 other people," Kathleen says. "My photo was a photo I used to respond to ads in Manhattan...and I got pretty lucky with it." Steve recalls that her ad wasn't looking for a long-term relationship; she was just looking to hang out (perhaps the 1980s version of the waving emoji). But Kathleen admits she got a lot of people to take her out to dinner; Steve jokes that she didn't pay for dinner for a few years.

Kathleen remembers how nervous she was picking up the phone and actually calling Steve to respond to his reply. "People don't use the phone anymore," Steve says, noting the lack of commitment a quick text message takes. But a call to their meeting place might have helped: My Brother's Bar was closed. (It's still closed every Sunday.)

Finding the door locked, they both drove back home, called each other (texting would have been so much easier...and less personal) and reconvened at Strings. Steve and Kathleen became friends, hanging out for months before becoming romantically involved. (Like most things in 2017, dating apps tend to move a little faster.)

On June 2 this year, Kathleen and Steve celebrated their 26th wedding anniversary; they now have two children in their twenties, who appreciate their parents' technologically quaint romance. And photos to remember the start, which they just sent to Westword, where it all began.