Trek on: William Shatner Is on His Farewell Tour to Life – and Loving It

William Shatner will answer fan questions at StarFest 2019. Gage Skidmore at Flickr
There are constants in this universe: gravity, the speed of light, and William Shatner.

Shatner has been ubiquitous in the American zeitgeist since the 1960s — Star Trek, sure, but just about every other form of entertainment since: the stage, movies, more TV, music, books, comic books, animation...not to mention equestrianism, aviation and pop culture in general. Just in the last year, he’s put out a country album (Why Not Me) and a Christmas album (Shatner Claus), appeared on The Big Bang Theory, come out with another book (Live Long and…What I Learned Along the Way), and, well, too many things to count. Pretty good for a fella who just turned 88 years old. And he’s still going strong.

We talked with Shatner in advance of his latest appearance at Denver’s StarFest (Denver Marriott Tech Center, April 26-28) about the Mile High City, his legions of fans, his continued aspirations and the life and times of a cultural icon.

Westword: You’re being welcomed back to Denver for the StarFest convention this weekend. What do you have planned for the fans this time around?

William Shatner: I’ll sign some autographs and pose for some pictures, but mostly I’ll be talking to the fans. I have a good time with them. Talking with the people, having fun with the audience, finding out what they want to talk about or something that I’m doing that they might be interested in. I do that while signing and posing, but mostly I’m on stage taking questions and providing answers.

Do any of the fan questions ever throw you for a loop?

Yes, and then I complete the loop and make a safe landing.

I learned to fly some time ago. 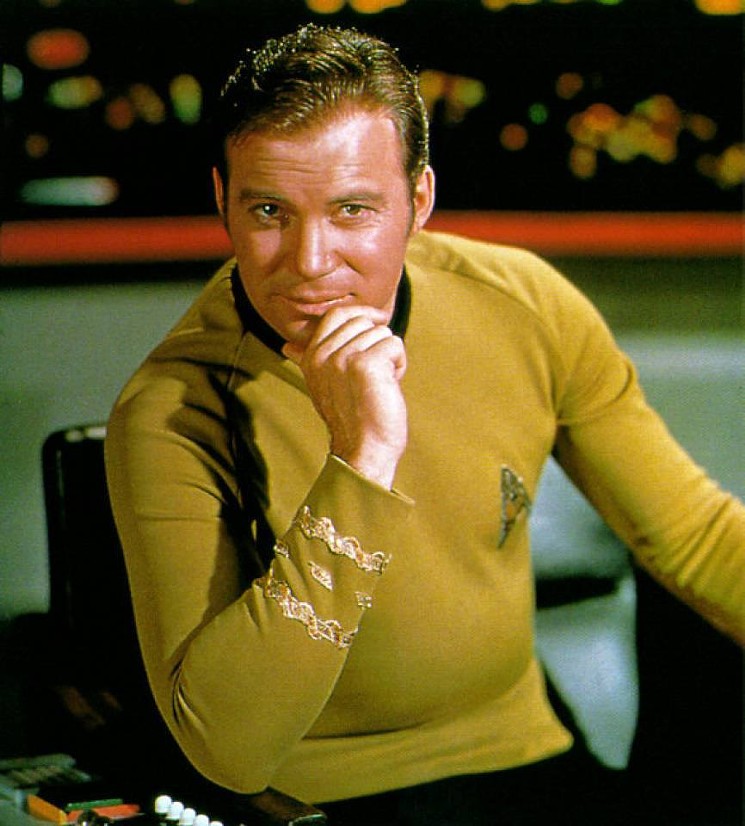 Shatner learned to fly some time ago.
Facebook
Ever get to fly into Denver? Aside from the convention circuit, do you make it up to the Mile High just on your personal time?

My daughter came into Denver just this past weekend looking at universities. For me, I’ve now given up skiing these last couple of years, but I was a lifelong skier and used to fly into Denver and head up into those places beyond the Eisenhower Tunnel. I used to ski all the time, and I always came through Denver.

At StarFest, you’re featured along with your former Star Trek co-star Nichelle (Lt. Uhura) Nichols, who’s appearing as part of her farewell tour. The interracial kiss between Kirk and Uhura was one of the first — and certainly the most well-known — on American television.

They made a big deal of it. I don’t think it was a big deal. There was some talk about some stations down in the South not playing that episode. But I certainly enjoyed kissing her. I’ve lost track of her in the intervening years. I didn’t know she was on her farewell tour. But a farewell tour can be extended for years, you know.

We should bill this as my farewell tour as well.

Speaking of which, do you ever give a thought to retirement, from the convention circuit or otherwise?

I’ve puzzled over the word “retire.” You used to — I guess not anymore — get the watch at 65, and then go off someplace and die of a heart attack because you have nothing to do. So no. We were playing a game over Easter dinner last night, and there was this question: “What makes you laugh?” My answer was riding my horses in competition. The joy I feel of going into the arena — which I did this past last week and I won some and didn’t win some as a reiner — I’m filled with the joy of what I’m doing as a horseman and a dog lover and an actor and a writer. So maybe this is my farewell tour to life, I guess. My farewell tour to all the things I’m doing. I’m at an age where most people are dribbling on their shirts. I still dribble on my shirt, but I get it clean.

It’s not just acting and equestrianism. You just put out a couple of albums this past year.

Yes, a country album and a Christmas album.

What made you want to get back into music?

Always been a country music fan, then?

Oh, yes. It’s the only intelligible music I know.


Jordan Peele just remade your Twilight Zone episode, “Nightmare at 20,000 Feet.” That’s the second time it’s been remade (it also happened in the 1983 movie). What is it about that episode that’s so enduring that we keep returning to it?

I don’t know. I’ve got two episodes of The Twilight Zone, and they’ve remained among the most popular. And I don’t know why. The only truth I can point at is that they must touch some universal fear or longing indigenous to all of us. The fear of flying — if we were meant to fly, we’d have wings. I’m pretty comfortable on an airplane, but one of my daughters — I don’t know where she acquired this — is deathly afraid of airplanes.

It’s a bit ironic that you were in that episode and were Captain of the Starship Enterprise, no less, and then went into aviation later on.

Well, I don’t know if it was ironic, but I was fully committed to flying an airplane, soaring planes. I even got into strapping a motor with a propeller on my back, with a kite, and getting up there. It’s called motor parasailing. So you have 75 pounds on your back, and the air has to go past you at twelve miles an hour to get flying speed. It’s usually done on the beach, so you have a prevailing wind of a few knots. That provides you with a little cushion so you don’t have to run at a dash with that kind of poundage on your back. I can’t do it anymore. The legs won’t do it.

Marvel/Paramount
So StarFest is up against the opening weekend of Avengers: Endgame, the new Marvel movie.

I know. It all fits together for science fiction fans.

It’s going to be a big weekend. But seeing as Captain Kirk is part of the Marvel Universe...

Oh no, I don’t think so. I think they’d run into a legal problem there.

I don't know if it's canon, but Marvel did have a comic book back in 1996, a crossover between the X-Men and Star Trek. You met Wolverine, Cyclops, some of the other characters.

No kidding? I’ve never seen that.

So Captain Kirk is part of the Marvel universe.

I am. So it’s a thrill to get to talk with you, honestly.

Thank you. Thank you. I can’t say the thrill is really there for me, but it’s a pleasant feeling getting to talk with you [laughs].

That’s fair. I’ll accept that, too. So with all the things you’ve done and continue to do, is there anything left on your to-do list?

I’m busy inventing shows and trying to sell them. This afternoon I have a call with A&E about a show dealing with policemen. I’ve got all kinds of animated shows that I’m going in and pitching and teams of people filming sizzle reels for shows. The act of selling a new show is very difficult, but I’m immersed in it. Every day, I’m trying to do something.

One more question: If you could, what would the 88-year-old Bill Shatner say to the up-and-coming twenty-something Bill Shatner just starting out?

William Shatner is a guest at Denver StarFest 2019, which runs April 26-28 at the Marriott DTC, 900 South Syracuse Street.
KEEP WESTWORD FREE... Since we started Westword, it has been defined as the free, independent voice of Denver, and we'd like to keep it that way. With local media under siege, it's more important than ever for us to rally support behind funding our local journalism. You can help by participating in our "I Support" program, allowing us to keep offering readers access to our incisive coverage of local news, food and culture with no paywalls.
Make a one-time donation today for as little as $1.