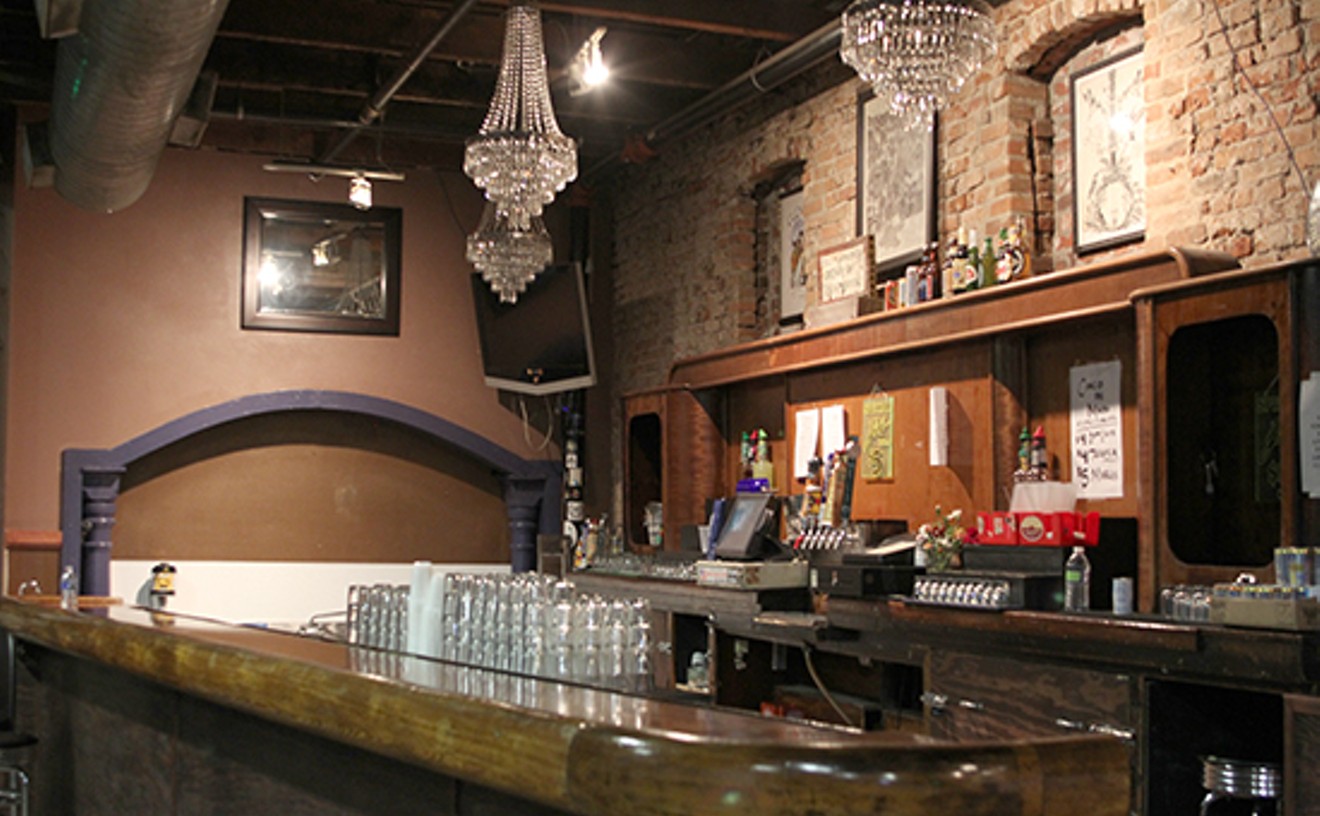 Sub.mission introduced Electronic Tuesdays at Cervantes' Other Side just over a year ago, and because of the massive crowds that come for this club night, it's now been moved next door to the Ballroom. With local acts, DJ battles and competitions, Electronic Tuesdays have grown into a raging concoction of dubstep, house, drum-and-bass and anything else that falls under the ever-expanding umbrella of electronic music. On occasion, you get free access if you arrive before ten o'clock — but when Sub.mission brings in the big guns, you gotta pay to play. And when you do, you can count on the night being worth the price of admission. 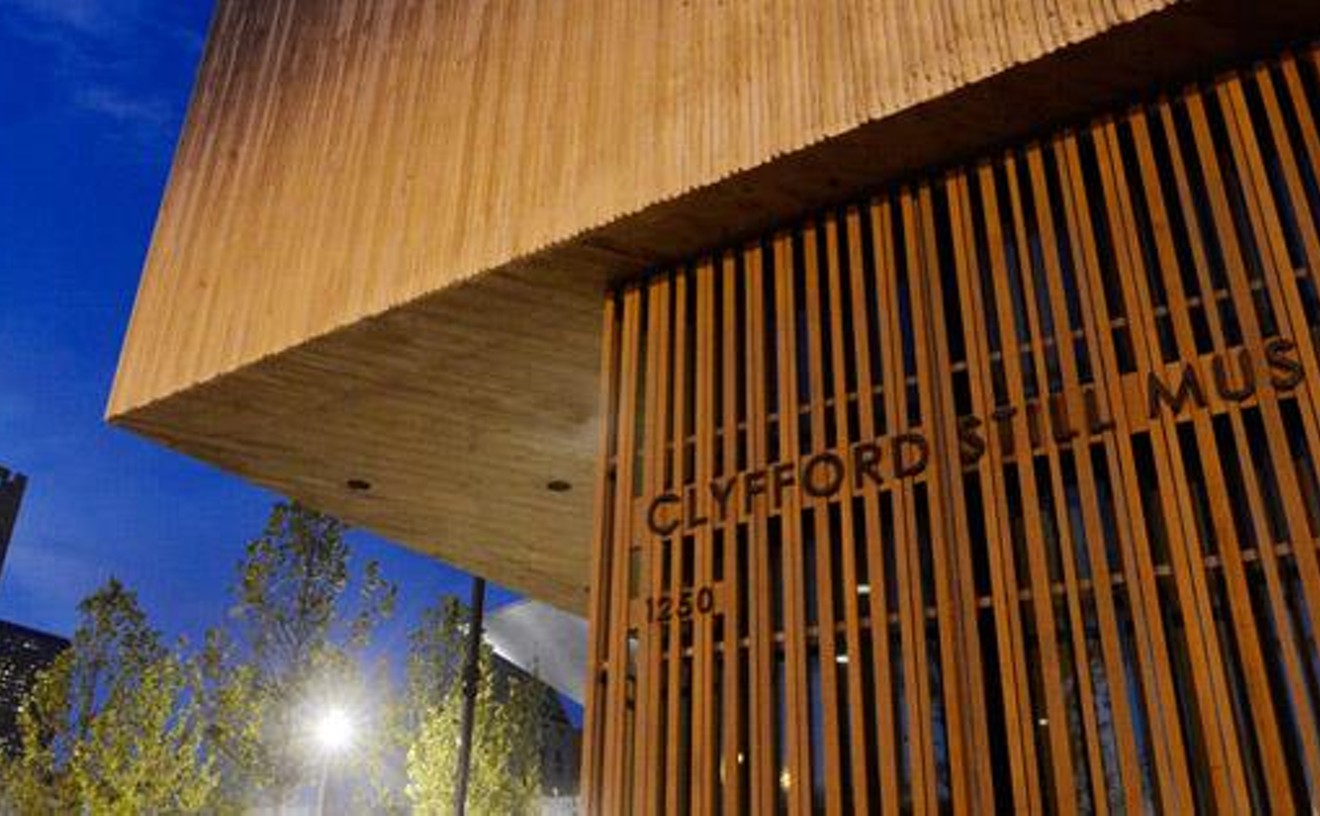 Okay, the Clyfford Still Museum has only had one show, but it's so incredible, it deserves its own award. The spectacular Inaugural Exhibition was organized by Dean Sobel, the museum's founding director. Five years ago, Sobel was one of only a handful of people who had actually seen Still's work, since the artist was a major recluse. New discoveries on his part caused Sobel to completely upend all previous research on the artist, demonstrating that it was the figure, and not the landscape, that Still was referencing. This show lays out how Still began in the '20s with post-impressionism and by the early '40s had progressed to abstract expressionism — years before the rest of his generation arrived at related aesthetic conclusions. From then on, until his last works, in the late '70s, Still perfected his pictorial aims, with his paintings becoming airier and flatter as time went on. This spectacular show has true international significance — and it's still on display, for those here at home who somehow missed it.

Coming on the heels of a pauper's life of dumpster diving and living in a bus powered by veggie oil, Paper Bird teamed up with Ballet Nouveau Colorado for the grant-fueled project of Carry On, which took the former to a new world of highbrow art, writing songs for a companion ballet production. Ballet Nouveau Colorado was likewise suddenly exposed to an audience of dusty freegans, traveling by road bike to the sober world of silent dance. And we all got a new Paper Bird album out of it, 2011's Carry On. The two worlds will collide again this September, treating Denver to another round of the unlikely collaboration.

A grawlix is a sequence of typographical symbols used to represent a non-specific profane word or phrase, like this: #@$%*! But there's nothing that coy about Grawlix, the monthly alternative-comedy night formerly known as Los Comicos Super-Hilariosos that features Ben Roy, 2012 MasterMind Andrew Orvedahl and former Westword staffer Adam Cayton-Holland, with frequent special-guest comedians from across the country. The night is rude and it's raw, and it's also super-hilarious. Between monthly humor injections, you can get an additional taste of the comics on their on Grawlix videos.

Caitlin Wise was a student at the Denver Center for the Performing Arts' now-closed National Theatre Conservatory, and audiences first saw her in smaller roles at the Denver Center Theatre Company. This season, she rose to prominence in a trio of performances, starting with her portrayal of Hermia in the DCTC's A Midsummer Night's Dream. A comic in the zany, irrepressible tradition of Lucille Ball, Wise has huge, startled eyes and upspringing red curls, and her gift for physical comedy became clear when, as a rookie cop in Creede Rep's Unnecessary Farce (performance at the Lone Tree Arts Center), she had to navigate a room while gagged and bound; she also had problems with handcuffs, self-defense, guns and pretty much everything else — except for doughnuts — that your average cop encounters. And as Cecily in the Arvada Center's The Importance of Being Earnest, she showed no deference at all to the classic status of the play or the elaborate English manners it so cleverly spoofs, but gave the role an entirely contemporary freshness, playfulness and bounce. 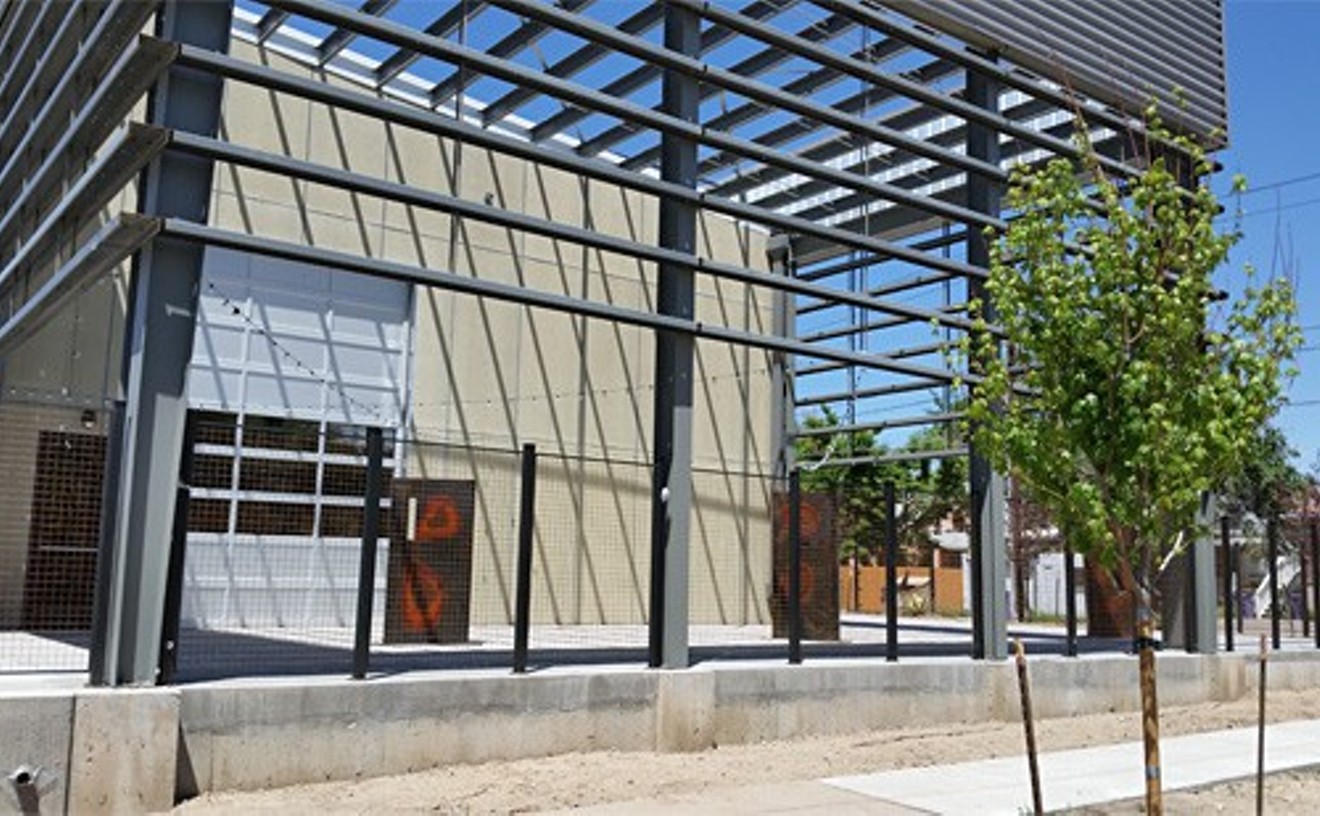 It's not that easy to put together a coherent show with the works of two artists with distinct sensibilities, but Space Gallery definitely hit the mark with Dissection & Deregulation: Michael Burnett and Lewis McInnis. Michael Burnett, who owns Space, put his own pared-down compositions featuring repeated motifs alongside the smeary geometric abstractions that are the signature style of Lewis McInnis. Though the two artists take different approaches, both refer to patterning and expressionionism in their abstract paintings, and their individual efforts looked great as two connected halves of a single outing. 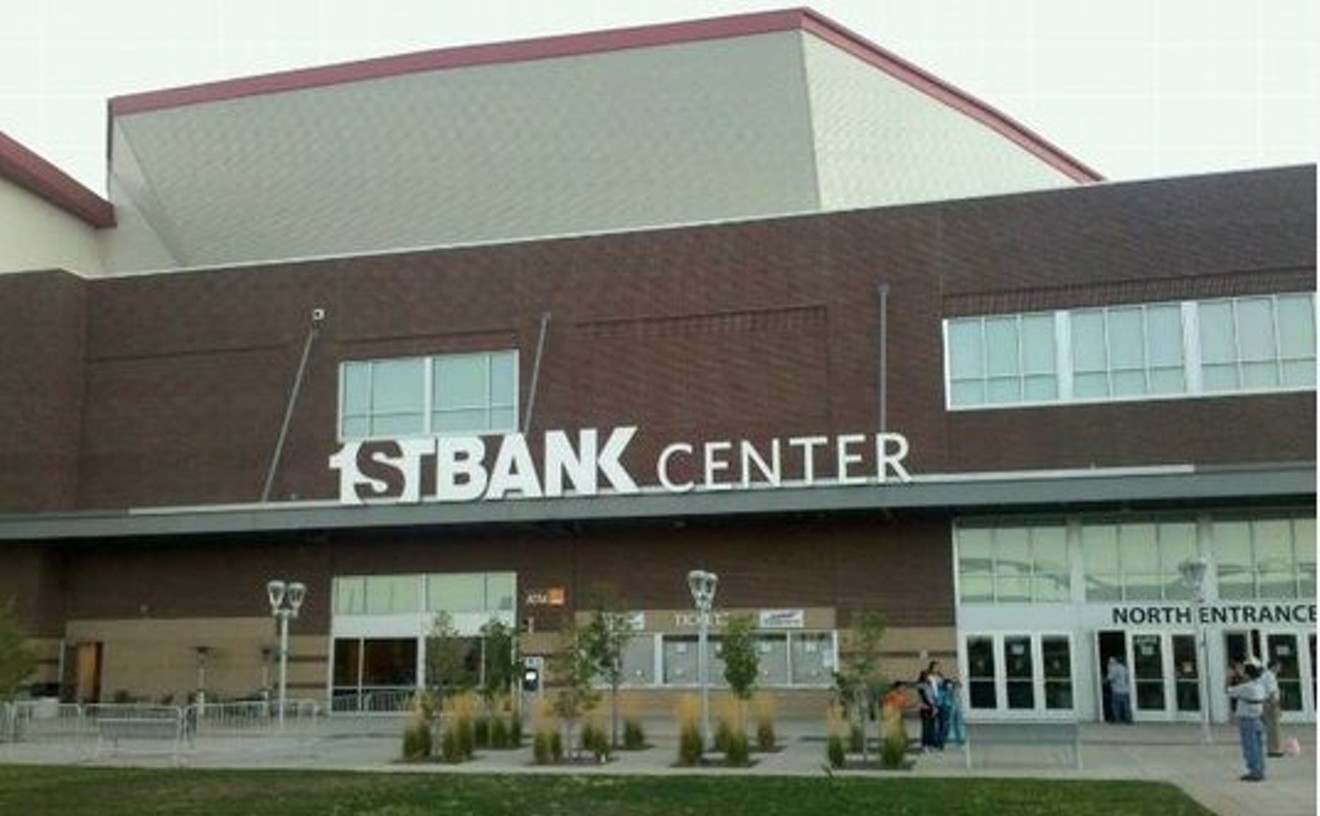 In an era when even critics complain that there's not a lot left to say about Radiohead, it seems that Thom Yorke has opted to dance things out instead. At the conspiracy-crooning band's two-hour, two-encore set in Broomfield, the ponytailed frontman came in two speeds: slow seizure and grand mal groove thing. As he propelled his small, spastic frame through a set lifted heavily from recent album The King of Limbs, Yorke's moves mirrored the running man — if that man had recently encountered a swarm of wasps. The only people moving faster than Yorke and his fans — legions of wallflowers now comfortable to break it down en masse — were the British quintet's lighting techs, who sped through carpel tunnels on their trip through two dozen songs of blinding lighting effects, lowered from the rigging in twelve constantly moving panels. Simultaneously captivating and cathartic, the night's blend of boogying, revamped hits, straight mega-jams and rotating rave lights can best be summed up in Yorke's own words: "Cool beans."