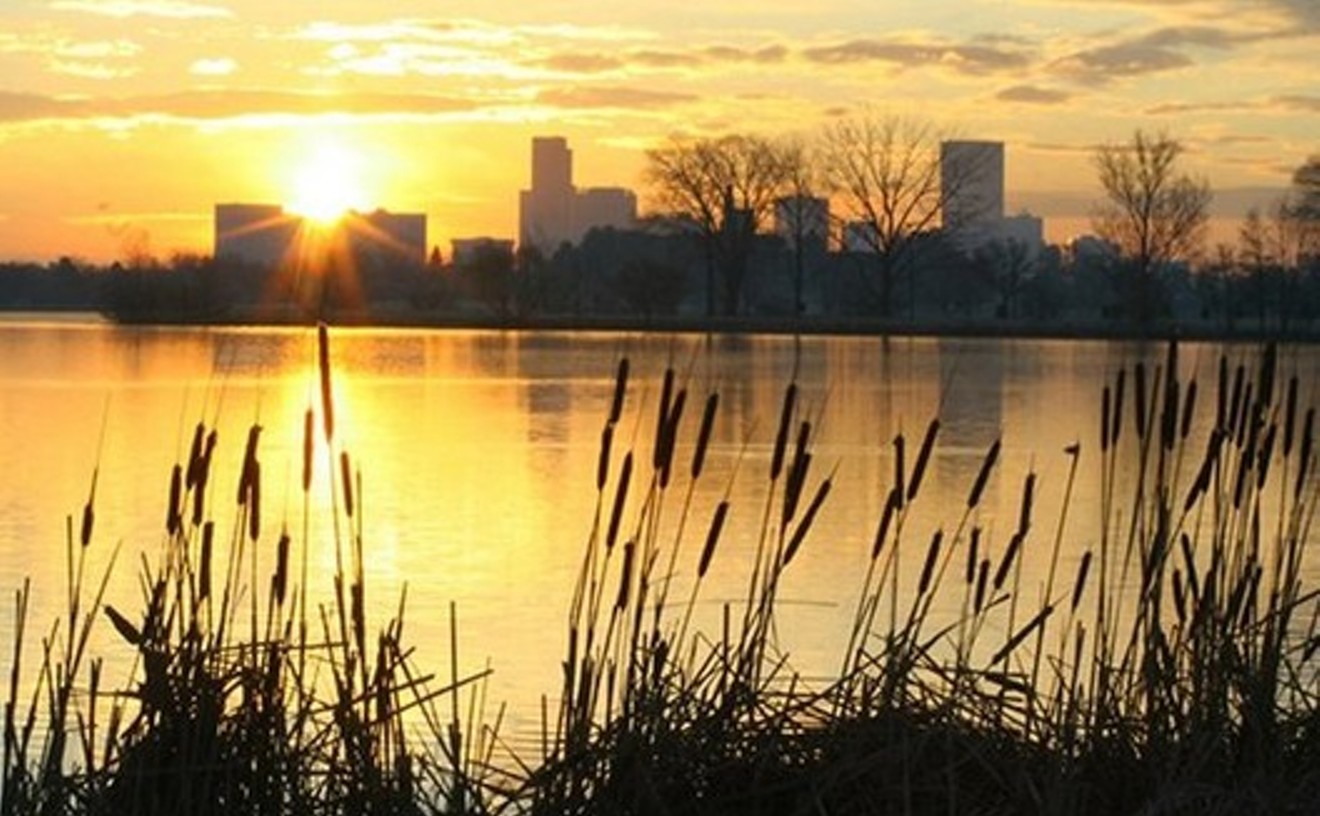 The urban oasis that is Sloan's Lake Park boasts quite a few bests: It's one of the best spots in the metro area for an impromptu picnic, for kids to burn off energy, for anyone who likes to walk, run or bike, and for watching the sun rise or set — all of it enhanced by competing views of the mountains and the Denver skyline. But the fact that the lake is also stocked with Colorado's signature trout — brown, cutthroat and rainbow — as well as bluegill, catfish, carp, minnow and northern pike, makes it a rewarding fishing hole that's easily accessed. Even though the city-dwelling fish are sadly accustomed to snagging unusual snacks from the surface, it's a good idea to bring some worms along — and head for the north side of the lake, which doesn't allow motorized boats and is thus quieter.

Largemouth bass are the big haul at Carter Lake, but this super-clean and clear 1,100-acre reservoir southwest of Loveland is also stocked with rainbow, cutthroat and brown trout, as well as walleye, yellow perch and splake, the love child of brook and lake trout. The daily entrance fee is $9 — summer weekdays are the least crowded, but the lake doesn't freeze, so fishing happens year-round — and the rustic camping is extra. But once you're in there, take a break from angling to amble around the plethora of pine trees dotting the surrounding foothills or cool off with a swim. The on-site marina shop sells gear if you forget something. 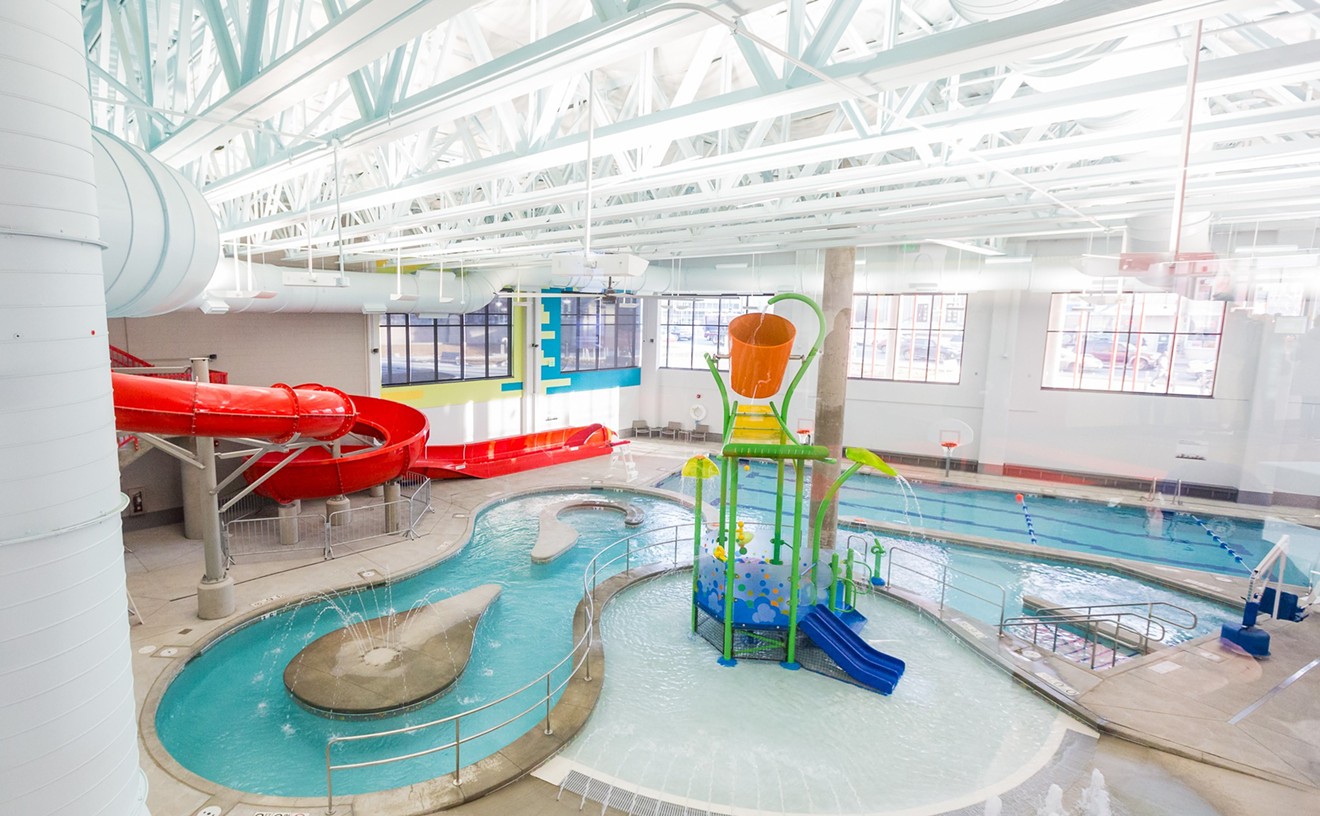 Whether you're looking to swim laps, belly-scoot in shallow water with a toddler, play a game of water basketball, walk in a lazy river, scramble up a climbing wall and splash into the deep end, practice your log-rolling skills or zip down a full-sized water slide, Carla Madison Recreation Center has something for you. With long hours and attentive lifeguards, the latest rec center to hit the Denver area also offers magnificent amenities — like locker rooms that are frequently cleaned and equipped with electronic locks, soap dispensers and swimsuit dryers.

While most hot springs around Colorado are heading toward full-on resort status with their fancy massage rooms and water slides, Cottonwood Hot Springs Inn & Spa, five miles outside of Buena Vista, remains old-school and dated in the most delightful way. The vibe is relaxed and low-key; get your tarot cards read, then recover from the news in one of the pools, which range in temperature from 94 to 110 degrees and are rimmed by rocks and backed by pine and cottonwoods. Buddha and goddess statues keep watch here and there, and hammocks and picnic tables make it easy to chill and snack while you soak. Stay overnight in the motel-like lodge or one of the old (and primitive) cabins, or if you're just passing through, grab a day pass for $20 to $24, good from 7 a.m. to midnight.

Not only is the South Platte River Trail a pleasant and smoothly paved ride for its entire eighteen miles, but as it passes through Denver, the iconic views — of Mile High Stadium, Confluence Park, the Pepsi Center, Overland Golf Course and the Auraria campus, to name just a few — make it ideal for newcomers to get their bearings. Named for the river it follows for most of its journey, the north-south path runs from East 88th Avenue and Colorado Boulevard in Thornton to the River Point at Sheridan shopping center, and along the way passes through an eerily desolate stretch of sewage plants and oil refineries as well as lush city parks and ever-changing neighborhoods. Looking for a longer excursion? Jump onto one of the dozen trails that intersect it, including Cherry Creek, Clear Creek and the Mary Carter Greenway.

Betasso Preserve sports a varied-terrain tangle of trails for a mix of mileages and skill levels, but combined they make up the Super Betasso, a 16.2-mile, mostly singletrack ride with a brutal climb, some technical rocks-and-roots sections, a few hairpin turns and a sweet downhill payoff. This is also one of the few metro-area trails that successfully accommodates its diverse users — bikes are prohibited on Wednesdays and Saturdays, and all bikers have to go in the same direction — so hikers and horseback riders can easily share the space. Start at Eben G. Fine Park at the start of Boulder Canyon and follow the Boulder Creek path to the Betasso Link Trail, then hang on for the roller-coaster ride of your fat-tire dreams.

It takes balls to barrel down a singletrack on a bike into banked turns between trees before dropping six feet into transition. Maybe that's why Denver-based mountain-bike manufacturer Guerrilla Gravity christens its bikes with some of the most hard-core musical references. Fancy a braap? Check out Clash namesake "The Smash," a full-suspension trail-eater inspired by the rebel spirit of Joe Strummer. Or lose the suspension and crank around town on the Lemmy-inspired "Pedalhead." Elsewhere, you'll rest easy knowing your "Megatrail" will never "Rust in Peace" thanks to GG's Revved Carbon Technology, which basically makes these heavy-metal frames indestructible.

Donation-based yoga isn't hard to come by in Denver, but finding a group of like-minded yogis and a teacher willing to consistently foster that community can be. Isabel Rotteveel Belliard does just that, guiding her students through gentle vinyasa flows each week. In the spring and summer, she teaches evening classes at City Park, and in the colder months she takes her community to the GrowHaus and donates part of the suggested $10 drop-in fee to the nonprofit indoor farm. Whether she's helping advanced students get into deeper poses or first-time yogis find their way around the mat, Rotteveel Belliard creates an affordable and welcoming space for all.

Some yoga classes wrap up with a few minutes lying in savasana and a cold towel infused with essential oils. Après Yoga, however, ends with a cold pint. Après has held its yoga series at breweries throughout Denver and is currently holding classes at Ratio Beerworks on the first and third Sunday of each month. This "yoga with benefits" practice is $17 online ($20 at the door), which includes the beer. Grab your mat, grab your friends and enjoy!

Best Yoga With a View

Yoga With the Sharks: Downtown Aquarium 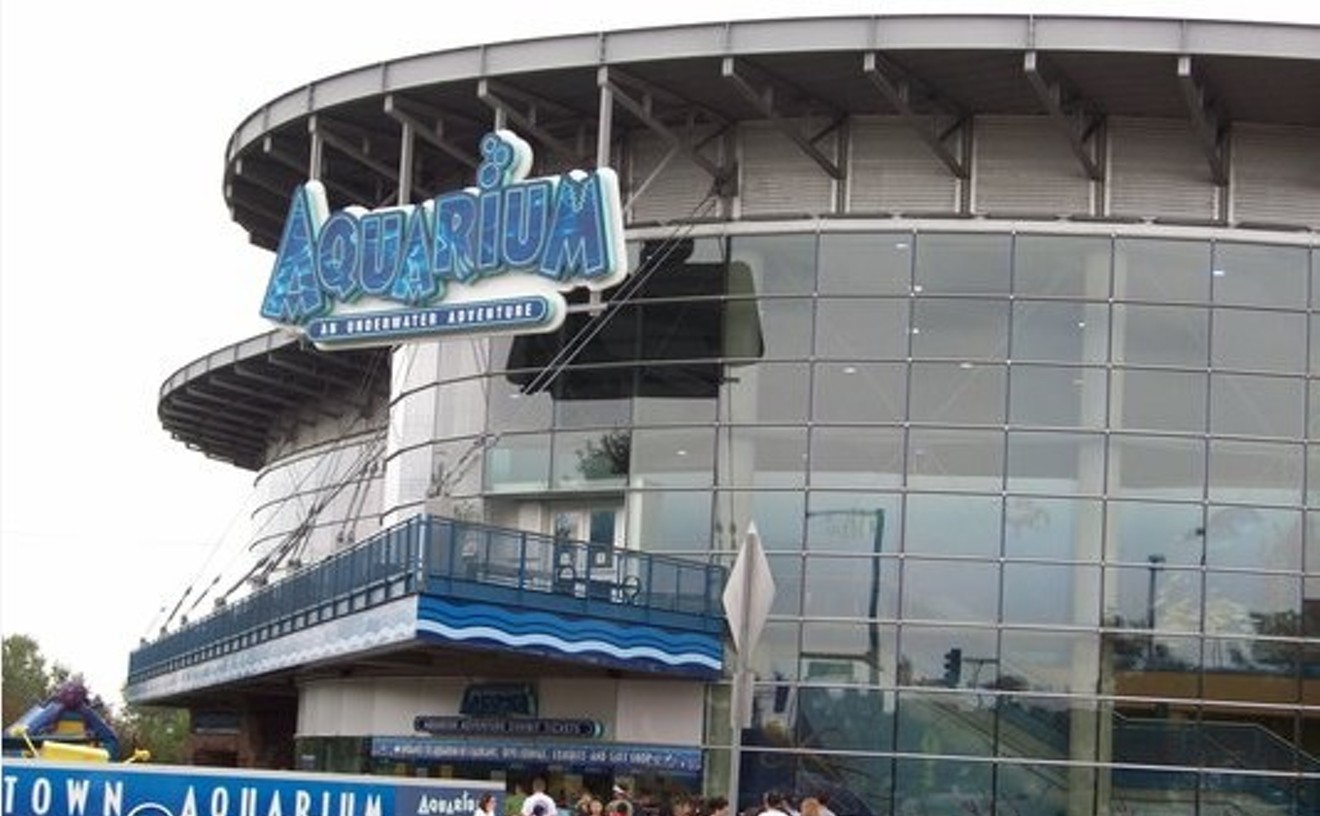 There's nothing quite like transitioning from Crescent Lunge to Warrior II while a giant sawfish shark swims right at you. The Downtown Aquarium currently offers this unique yoga experience on select Saturdays at 8:30 a.m., with several upcoming opportunities to unroll your mat in front of a gigantic tank. The class is limited to yogis sixteen and older — remember: sharks right up in your face — and the fee is only $15. For less than the drop-in rate at many yoga studios, Yoga With the Sharks gives you a workout and a show.