Ska Brewing
Ska Brewing World Headquarters in Durango.
Like Durango itself, Ska Brewing has always been scrappy, small(ish) and beloved in Colorado. But like its home town in southwestern Colorado, Ska is six hours from Denver, so the brewery has never had the same renown here as Front Range breweries like New Belgium, Odell, Avery and Great Divide.

That could change next spring, when the 25-year-old brewery plans to open the Ska Street Brewstillery inside the beautiful former Fate Brewing space, 1600 38th Street in Boulder.

A joint project of Ska and its sister company, Palisade’s Peach Street Distillers, Ska Street will include a Caribbean-themed restaurant, a ten-barrel brewing system, a 450-liter still, thirty taps of Ska beers, a mixology program, and all of the music-inspired silliness that has made Ska one of Colorado’s favorite destinations. 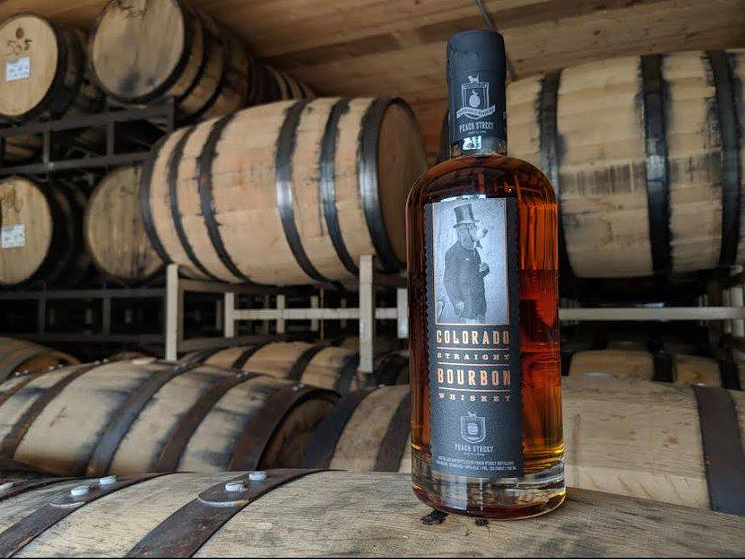 Peach Street makes a number of different spirits.
Peach Street Distillers
“Having a physical presence on the Front Range will be great for us. We will be more visible, and I think that will help everyone that is currently selling our beer,” says Dave Thibodeau, the co-owner of both Ska and Peach Street, which is the oldest continuously operating distillery in Colorado.

“The fact that it is in Boulder is great, too,” he adds. “Outside of Durango, Boulder is our biggest municipal market in Colorado.”

Boulder is also familiar to Thibodeau, who grew up in the north Denver suburbs, and to two Ska employees who will help oversee the project, Steve Breezley and Dustin Lemoine — both former Avery Brewing executives.

Behind the scenes, Ska (owned by Thibodeau, Bill Graham and Matt Vincent) and Peach Street (owned by Thibodeau, Graham and a third partner) will further integrate their operations so that the companies run more smoothly. They also plan to convert their liquor licenses from manufacturing licenses to pub licenses so that all three locations can serve each other’s products as well as food.

Bill Graham (left), Dave Thibodeau and Matt Vincent own Ska Brewing.
Ska Brewing
It’s a big change for the companies, and Ska and Peach Street still need to work with a wide variety of local and state permitting and licensing authorities to get it done, but Thibodeau says the opportunity to create Ska Street, something he's been wanting to do for a decade, came about because of a “serendipitous” chance of a lifetime.

That serendipity began with some heartbreak, though.

Last fall, Fate Brewing, which opened in Boulder in 2013, closed its Lafayette location and filed for Chapter 11 Bankruptcy protection, claiming more than fifty creditors, including its landlord, banks and brewing-supply companies. The brewpub had been dragged down when a costly plan to turn Avery Brewing’s old warehouse spaces and equipment into a production facility was rejected after two years by federal liquor-license regulators.

Although Fate tried to reorganize and pay its creditors, it was forced to close this past May. The company's equipment and location were then seized by the state and put up for auction. 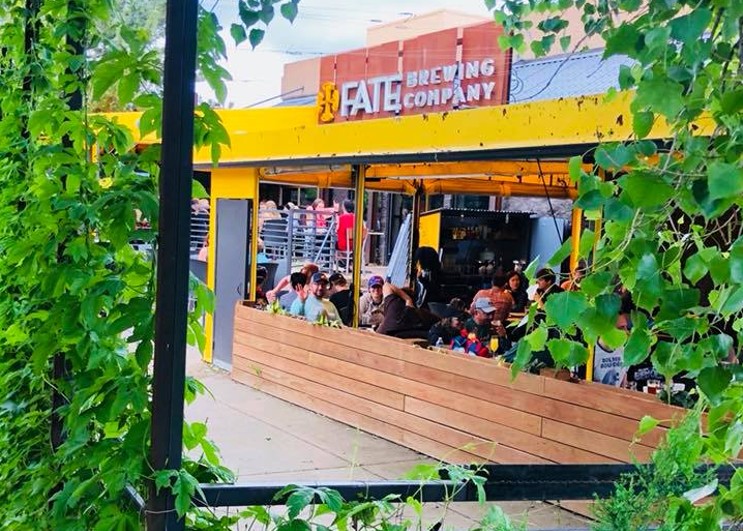 Fate Brewing, which closed in May, will be the location of the Ska Street Brewstillery.
Fate Brewing
Breezley, who was the chief operating officer at Avery before taking the same job at Ska, heard about the auction, and Ska decided to bid on everything that was for sale.

“We were fortunate to have the highest bid,” says Thibodeau, adding that it cost much more than if each item had been sold individually, but much less than what it all was worth.

Breezley also happened to know the owner of the building and was able to negotiate a lease to take it over; Ska and Peach Street took possession on September 1. Since then, they've sold some of the equipment, including a canning line and a three-barrel brewing system, but they plan to keep most of the layout the same. Thibodeau credits Fate Brewing founder Mike Lawinski for creating such a nice space and patio. 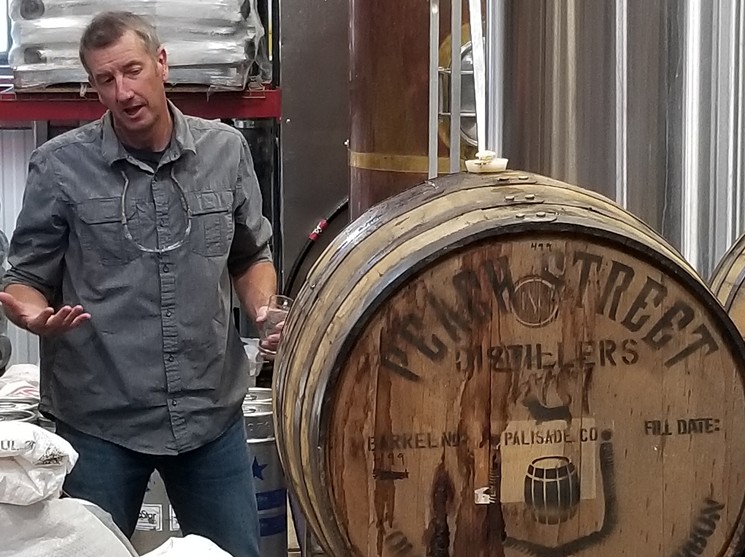 Ska's Steve Breezley.
Peach Street Distillers
When it opens, the Brewstillery will feature Caribbean and Jamaican fare, similar to Ska's on-site eatery in Durango, because it ties in loosely with ska music. But it will also include vegetarian and vegan options, as well as the farm-to-table ethos championed by Peach Street. And the taproom will pour all of Ska’s flagship beers — including Modus Hoperandi, Steel Toe Stout, Mexican Logger and Pink Vapor Stew — as well as experimental one-offs and other specialties brewed on site, along with whiskey, gin, vodka and other spirits made on site.

Ska and Peach Street hope to collaborate with local liquor stores and accounts on specialty spirits, barrel-aged beers and other projects that will help them sell more Ska products rather than take business away from them.

“This is going to be unique,” Thibodeau says. “We are trying to take a different approach than just diversifying revenue streams. It’s more about integration and collaboration — and fun.”