$600 Million and Counting Spent on Colorado Marijuana Acquisitions in 2022 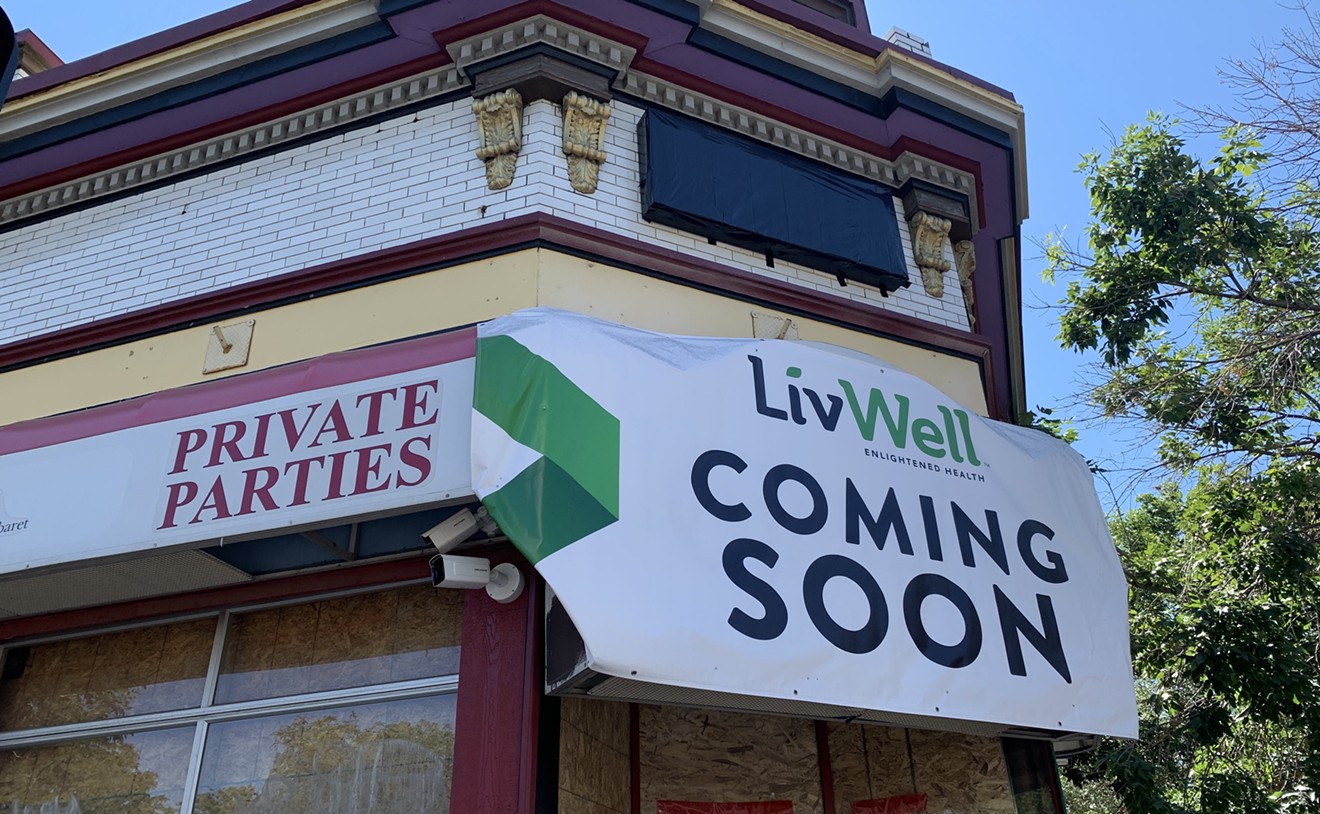 LivWell agreed to be purchased in a major deal 2021, but the deal din't close until early 2022. Thomas Mitchell
Despite reports of plummeting wholesale prices and declining dispensary sales for over a year, pot barons are still high on Colorado.

The amount of money connected to Colorado business acquisitions in 2022 has surpassed last year's total, according to an industry report in Marijuana Business Daily, reaching over $500 million as of September — and that's not counting several big takeovers announced since.

According to MJBiz's national acquisition tracker, over a half-billion in money and stock options changed hands during business takeovers in Colorado last year, with 2022 crossing well over $600 million nine months into the year. Although that pales in comparison to the nearly $2 billion spent in Arizona during the same period and almost $3.5 billion spent in California in 2021, the MJBiz tracker noted that it hadn't counted Cresco Labs' $1.4 billion agreement to take over Columbia Care, which owns approximately 25 Medicine Man and Green Solution dispensaries across Colorado.

Euflora, a dispensary chain with stores and a 7,200-square-foot cultivation facility in Colorado, also recently agreed to be sold. The acquisition deal, announced November 7, would add Euflora to the Michigan-based JARS Cannabis fleet of marijuana stores across three states. However, that deal hasn't closed as both parties await regulatory approval, and the price hasn't been disclosed, so it couldn't be included in MJBiz's tallies, which also included marijuana growing operations and infused-product manufacturing facilities.

Trees, a publicly traded marijuana corporation based in Denver with dispensaries in Oregon and a store in Englewood, announced in mid-September that it planned to buy two dispensaries, a cultivation and extraction facilities from Front Range business Green Tree Medicinals, for an unspecified amount of cash and stock. Less than two months later, Trees announced on November 3 that it had agreed to acquire GMC LLC, the owner of two Green Man Cannabis dispensaries in Denver, for almost $4 million in Trees stock shares and $2.7 million in cash. Neither of those deals have closed yet, however.

Schwazze, another publicly traded marijuana firm based in Denver, has spent nearly $40 million in cash and stock on takeovers in 2022, closing deals to purchase growing operations and stores from Drift, Emerald Fields, Smokin Gun Apothecary and Urban Dispensary in four separate deals accounting for six stores. However, a $2.75 million deal to acquire to Lightshade dispensaries in Aurora and Denver has yet to close, according to state records.

Privately held PharmaCann Inc. announced in 2021 that it would take ownership of LivWell Holdings Inc., the parent company of LivWell's 21 dispensaries and supplying cultivations in Colorado, for an undisclosed amount. That deal, estimated to be worth anywhere from $100 to $300 million, didn't close until 2022. Several months later, PharmaCann closed a purchase of the Clinic, a network of four dispensaries in the Denver area with one growing operation, for an unspecified amount.

It's not just marijuana stores, grows and extraction facilities going for big bucks, either. Hemp and cannabis-related businesses (not counted in the MJBiz tally, which focused on licensed pot acquisitions) are also selling. In September, Boulder Botanical & Biosciences Laboratories, a Colorado CBD research and manufacturing operation, agreed to be sold to publicly traded Real Brands for a $12 million package of cash and stock.

Safe Harbor, a division of the Colorado Credit Union that financially serves licensed marijuana businesses, was sold in a $185 million deal for cash and stock of the purchasing company, New York-based Northern Lights.
KEEP WESTWORD FREE... Since we started Westword, it has been defined as the free, independent voice of Denver, and we'd like to keep it that way. With local media under siege, it's more important than ever for us to rally support behind funding our local journalism. You can help by participating in our "I Support" program, allowing us to keep offering readers access to our incisive coverage of local news, food and culture with no paywalls.
Make a one-time donation today for as little as $1.