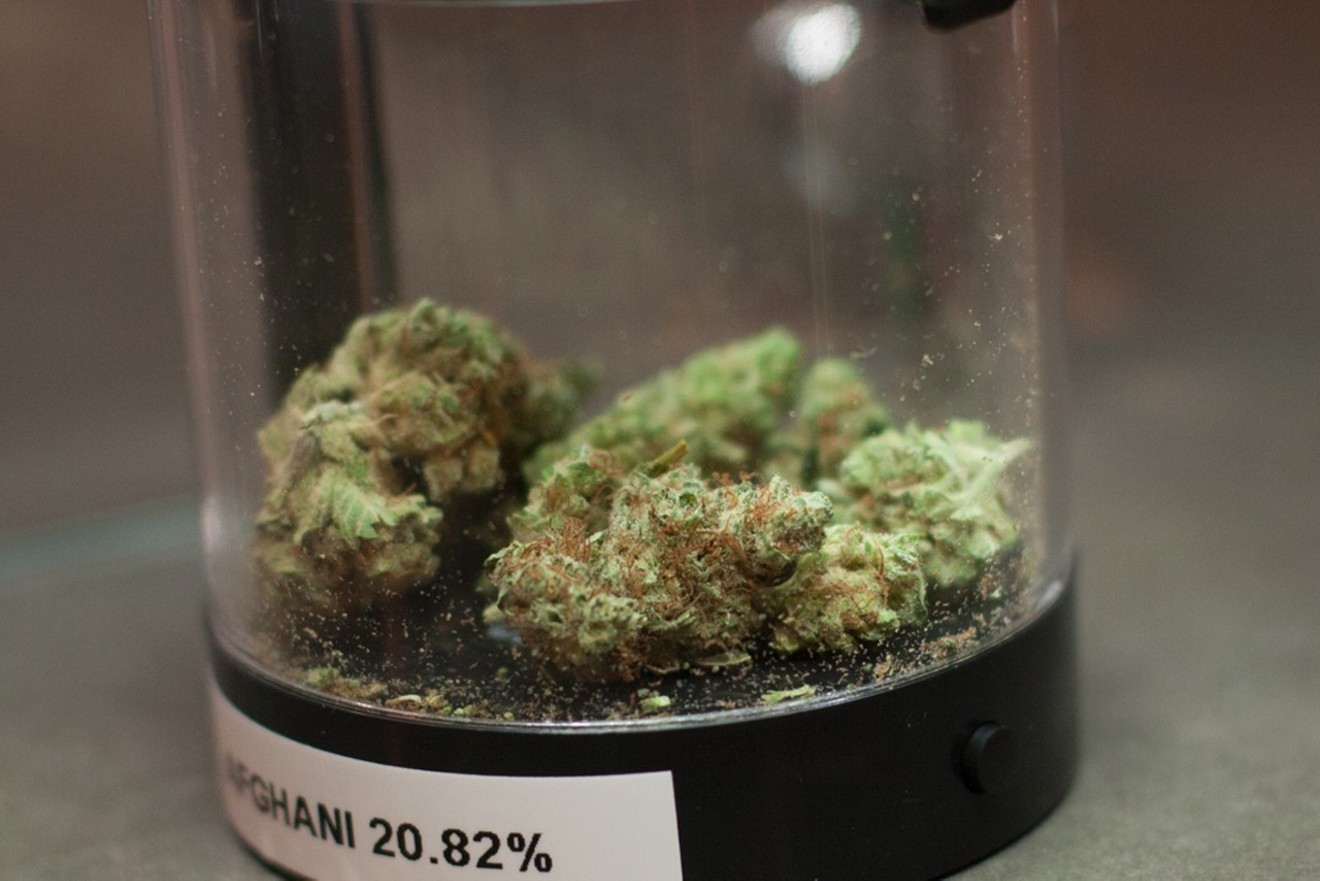 Jacqueline Collins
Several states have okayed legal retail marijuana sales since Colorado started the trend, but none of them cast a shadow as large as California. Retail dispensaries just opened in the Golden State on January 1, 2018, but California already had a much larger medical dispensary market. According to USA Today, about ninety retail stores opened in California on January 1, about four times as many as opened in Colorado on January 1, 2014.
Here's how other state stats stack up.

Scale
Although Denver is known for having more dispensaries than Starbucks, the number of pot shops we have will pale in comparison to the number that will ultimately open in major metro areas in California, such as Los Angeles and the Bay Area. Most of Colorado's major cities — Denver, Boulder, Fort Collins and Colorado Springs — had already decided whether or not to allow retail pot sales by the time January 1, 2014, rolled around; a majority of them already had medical dispensaries. California is moving slower with vertical integration, but it will be massive when completed. Over 1,300 medical dispensaries are estimated to be operating in California, according to various state and media reports, with many of them expected to apply for retail licenses. Colorado, on the other hand, has somewhere between 700 and 800 dispensaries combined between medical, retail and dual-use dispensaries.

The Rollout
Over 400 licensed retail pot businesses were up and running in California by January 1, according to the California Bureau of Cannabis Control, the state licensing authority for California pot businesses. However, only around ninety of those licenses had been issued for dispensaries, with most of them concentrated in San Diego, Santa Cruz, Palm Springs and certain Bay Area communities like Berkeley and Oakland, and only a relative handful of dispensaries were open on January 1. Some major cities, such as Los Angeles and San Francisco, are still accepting applications for dispensaries, cultivations and infused-product manufacturers, and will issue licenses in the coming weeks. Representatives for the National Cannabis Industry Association believe it will be "months or years" before much of the state has a retail dispensary within a thirty-minute drive.

Community Acceptance
As in Colorado, the ballot measure that legalized adult-use marijuana in California gave communities the right to allow pot businesses in their jurisdictions, ban them or issue a moratorium. While most of California's major metro areas have either already issued dispensary licenses or are in the process of reviewing them, some large cities have already said no. Riverside, Fresno, Bakersfield, Pasadena and Anaheim banned sales before they could begin in 2018, with many smaller communities and rural towns doing the same.

Revenue
According to dispensary analytics firm BDS Analytics, California sales for both medical and recreational pot are expected to hit $3.7 billion in 2018 and over $5 billion in 2019. By comparison, Colorado sales reached slightly more than $1.3 billion in 2016 and will top that this year, according to the Colorado Marijuana Enforcement Division. But the state's total haul since 2014 has been just over $4 billion, and if BDS's predictions are right, California could blow past Colorado in a year.