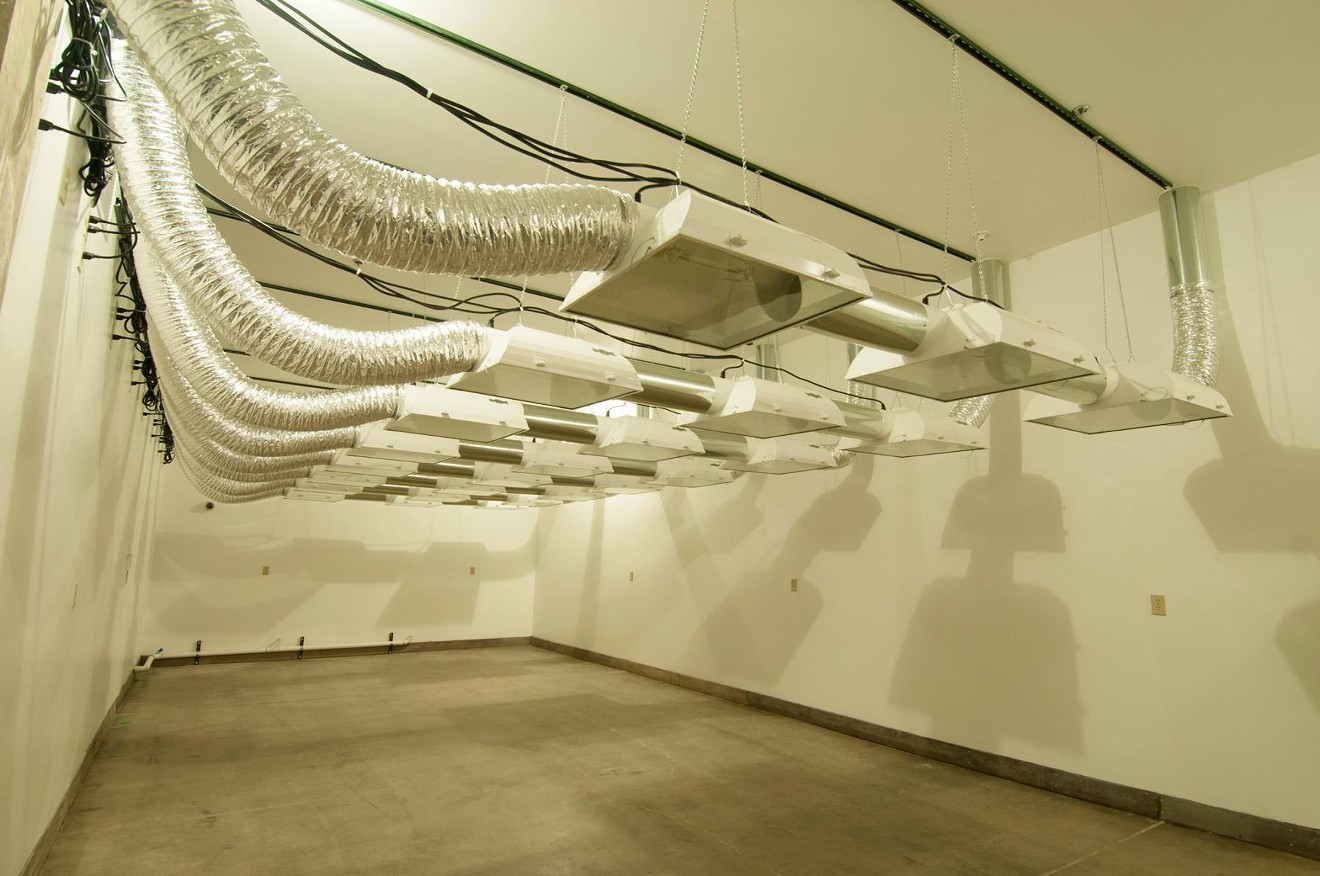 Your Green Contractor has built growing facilities for Good Chemistry, Healing House and Kind Love. Britt Nemeth Studios/Britt Nemeth
Legalizing cannabis doesn't just create jobs involving cultivation of the plant; it also creates businesses that aid those cultivations, infused-product manufacturers and dispensaries. Ancillary businesses to the cannabis industry can be in anything from extraction technology to industry consulting, with many, many things in between.

Ancillary businesses represent the largest and broadest sector of the cannabis industry, according to multiple industry reports, and many of the top companies are based in Colorado. Of the top 150 ancillary cannabis businesses on a recent list from Cannabis Business Executive, 41 are headquartered in Colorado. By comparison, California had 35 on the list, while Washington and Oregon combine for just 22.

As the first state to legalize recreational cannabis, Colorado had a head start on encouraging entrepreneurs to bring their ideas to fruition, or to further grow already existing businesses. You may have heard of some of these success stories, such as the Vicente Sederberg law firm and Leafbuyer, thanks to their media presence or consumer-facing products, while others are content to fly under the radar.

Compiling reader surveys and research over the span of four months, CBE chose its 150 favorite ancillary businesses and split them into categories. The highest-ranking Colorado company and only one to crack the top fifteen was Nexus Greenhouse Systems, a greenhouse manufacturer based in Northglenn. However, the company might want to widen its focus: According to the 2017 Marijuana Business Factbook, ancillary businesses that serve industries outside of cannabis have 7 percent higher profitability than those that don't. The top overall entry on CBE's list, Hawthorne Gardening, is a New York-based hydroponics and gardening provider that serves a wide array of cultivations beyond cannabis.

View the entire list and learn more about CBE's grading methods on the CBE site. Here are the Colorado companies that made the cut, their focus and their rank: