Is Donald Trump Responsible for Record Marijuana Sales in Colorado? 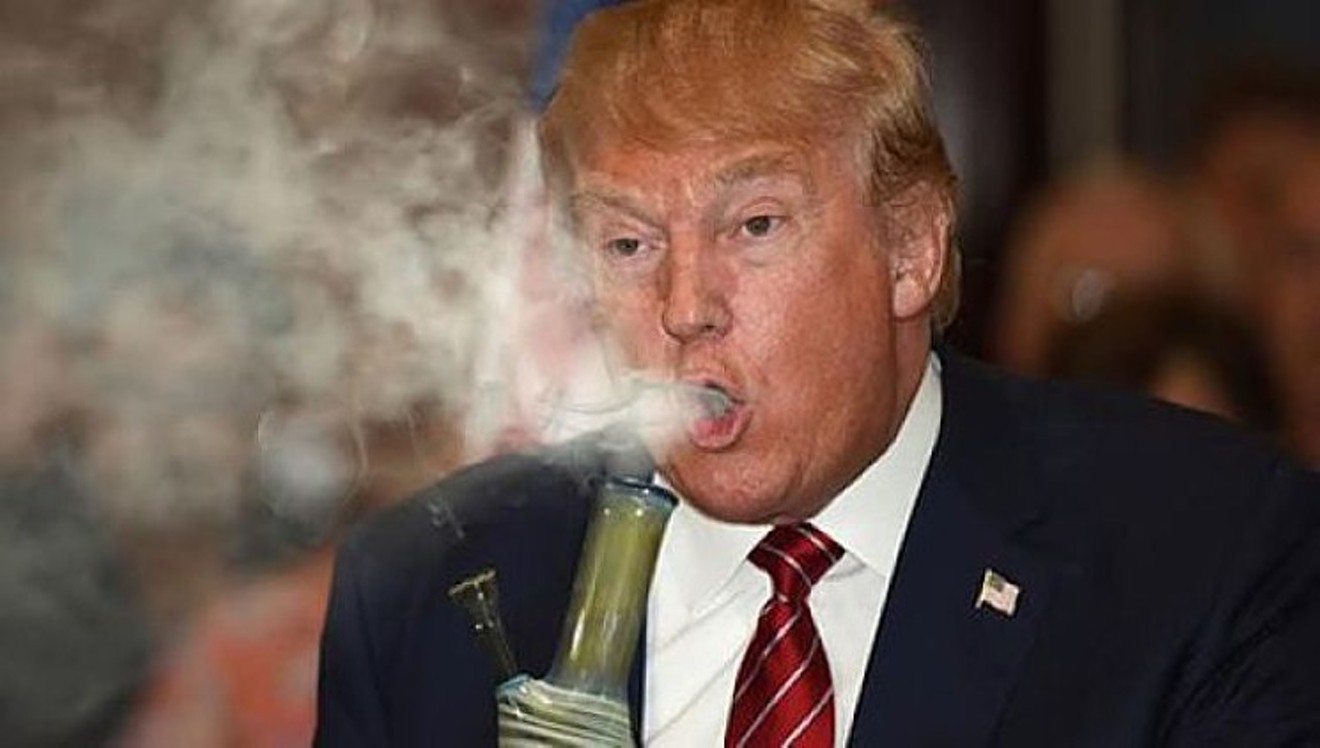 Westword photoillustration
Colorado's cannabis industry continues to break records. This February's recreational sales were the second-highest for a month, falling just shy of the $88.2 million sold in September 2016, according to data released Monday by Marijuana Business Daily.

Marijuana sales of both medical and recreational marijuana in Colorado totaled more than $235 million for the first two months of this year — a 30 percent increase from the same time frame last year.

Marijuana Business Daily theorized that this increase is likely fueled by two factors: increased spending by existing customers and new customers entering the market. But there's another possibility:Trump's presidency is to thank for the rise in sales.

Because members of the Trump administration (we're talking about you, Jeff Sessions) continue to make threats regarding the industry, people could be stocking up. A similar phenomenon happened with gun sales when President Barack Obama took office: Gun owners feared their Second Amendment rights were threatened, so many rushed out to stock up on firearms.

Coupled with the annual increases in marijuana sales that Colorado has seen since 2014, this state could be headed for a record year. In 2015, sales came in just shy of $1 billion, but in 2016, the industry raked in over $1.3 billion.