The ABCs of Marijuana Slang From the DEA

Adrianna Broussard
The Drug Enforcement Administration has released an intelligence report given out to law enforcement agents to help them keep up with the latest drug lingo. There are nearly 300 terms on the list; here's a sample, from A to Z, along with our definitions.

420
"420" is mostly used in cannabis culture to refer to the famous, and sometimes infamous, international stoner holiday of April 20. What some DEA agents don't know is that it originated because stoners would gather to honor Bob Marley on his birthday.

Acapulco Gold
Acapulco Gold is a strain of cannabis that was popular in the 1960s and remains one of the most well-known strains today. It originated in Acapulco, Mexico, but is rumored to be nearly extinct because of grows moving indoors.

Bhang
Originally prepared in India as early as 2000 B.C., bhang was one of the original ways to eat cannabis. It's still often consumed as a beverage.

Cheeba
"Cheeba" has become synonymous with weed or ganja. It's an evolution of the Spanish word "chiva," which is slang for heroin. Be cautious using the term in California: In Los Angeles, "cheeba" is also synonymous with black tar heroin.

Dank
The "dank" descriptor refers to dark weed that's sticky and incredibly potent. It's a term that's a bit overused, but when employed properly describes the intense aroma of marijuana.

Endo
At the end of the growing process, the marijuana stems are hung to dry. Endo is found on the tip of the marijuana plant, where the most crystals and resin accumulate.

Ganja
"Ganja" is one of the most famous synonyms for marijuana, but it's not slang. It's actually the Sanskrit word for hemp. Many assume that it's a Jamaican word, but it was brought to Jamaica by Indian laborers.

Hash
Hash is derived from the Arabic word "hashish," which means grass. The first documentation of hash in the Middle East was back in 900 A.D., but it's theorized that cannabis farms existed prior to written documentation.

Indian Hay
Now the term describes marijuana from India, but "Indian hay" was originally used in the 1930s to refer more generally to marijuana. 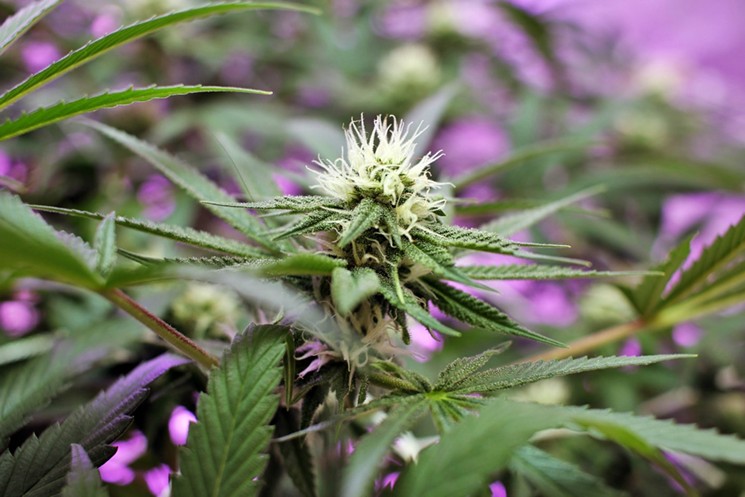 Kush
Kush is a particular type of marijuana from the Hindu Kush mountains that span the Afghanistan-Pakistan border. It's one of the few geographic regions where cannabis is a native plant.

Laughing Grass
Marijuana smokers generally experience euphoria when consuming the plant, and "laughing grass" is a term that highlights that light silliness many feel after using cannabis.

Maui Wowie
Originally grown in volcanic soil in Hawaii, the strain is a classic sativa with pineapple flavor and stress-relieving qualities.

Northern Lights
Northern Lights is arguably the most famous marijuana strain. It's won the most cannabis awards and is known for its intense body high as well as many medical benefits, including relief from stress, anxiety and depression.

Owl
Owl, or Night Owl, is a strain with one of the highest levels of CBD. A mix of Harlequin, Sour Diesel and White Russian, Night Owl has a 12:1 ratio of CBD to THC.

Purple Haze
A shout-out to Jimi Hendrix, Purple Haze has purple leaves and provides an intense sativa high. The high is so strong, that many theorized the strain was laced with PCP — but it's just that strong.

Queen Ann's Lace
Queen Ann's Lace may be slang for marijuana, but when an "e" is added to Ann, it's also a name used for the white flowering plant known as the wild carrot.

Reefer
"Reefer" usually refers to a joint, or smoking marijuana out of a rolled blunt or packed into a bowl.

Sativa
Sativa is a type of cannabis plant with thinner leaves than an indica. It provides more of a head high than a body high and is generally smoked by those who wish to be more creative or active when they're high.

Trees
Because cannabis grows from a stem coming out of the ground, it came to be referred to as "trees." Some Gnostic Christian sects believe that cannabis is the tree of life, so it also has a double meaning.

Weed
Arguably the most popular slang term for marijuana, "weed" has become common nomenclature in the cannabis world.

Yellow Submarine
Another name for a joint, as well as a tribute to the Beatles song, album and animated film of the same name.

Zacate
A Spanish word for grass or forage, "zacate" is a common name for marijuana in Mexico.