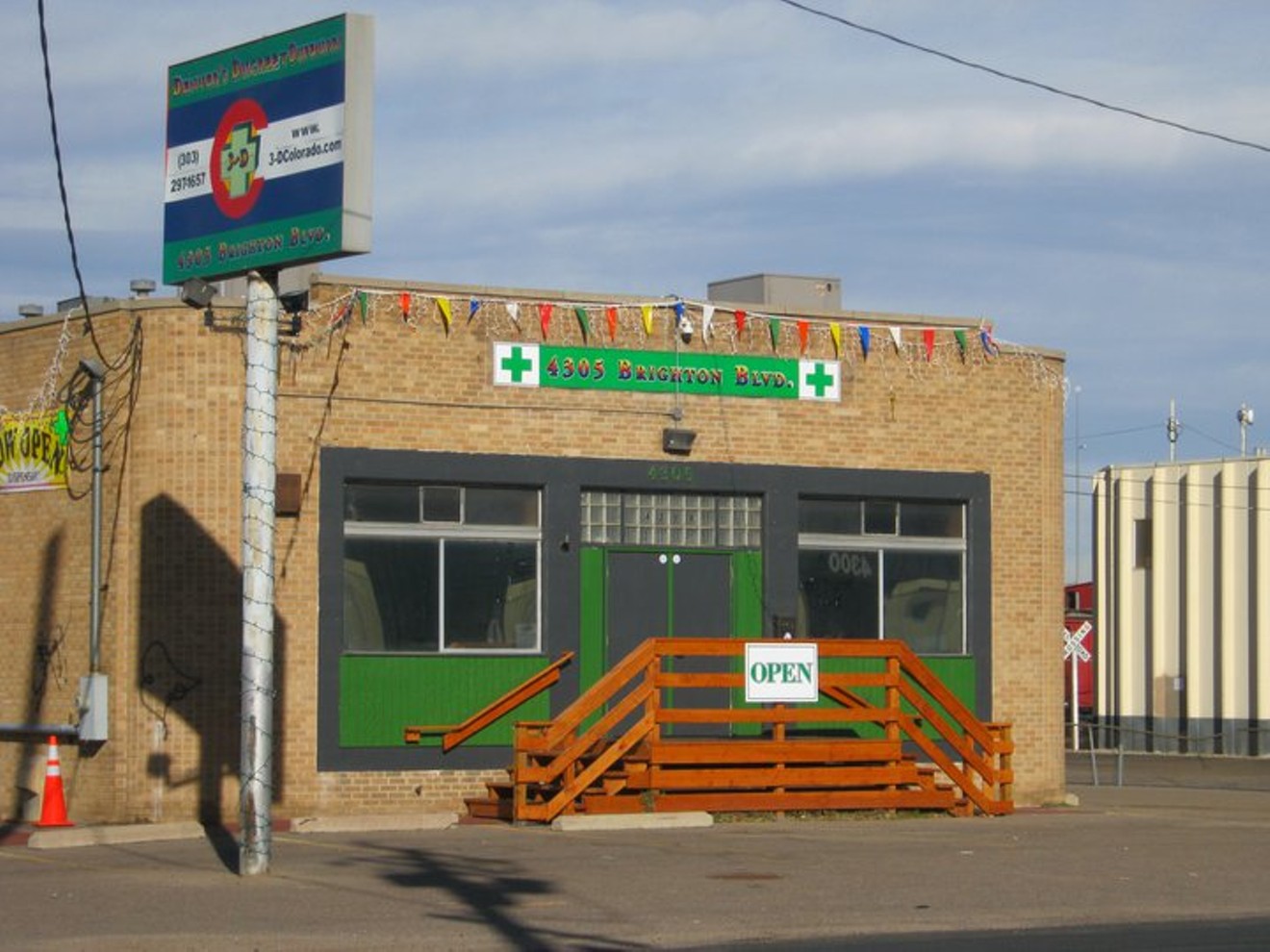 Westword
On January 1, 2014, 3D Cannabis Centers sold the first legal recreational marijuana in Colorado, ending the nationwide prohibition on cannabis. Hundreds of people (many of them members of the media), lined up outside the dispensary for this historic occasion; more than 400 made purchases before lunchtime. Owner Toni Fox was all over the national news.

So was Sean Azzariti, a Marine Corps veteran who suffers from post-traumatic stress order — a condition that is still not covered under Colorado's medical marijuana regulations. He made the first legal purchase at 3D.

But Fox no longer owns this dispensary, although she still has a 3D store in Salida. "Her love and passion for this incredible plant is ingrained in 3D at every level, from seed to sale," its website promises. "When customers step inside a 3D Cannabis Center they are bearing witness to the realization of Toni’s lifelong dream of legal, safe, high quality cannabis.

When customers step inside the building at 4305 Brighton Boulevard today, they'll be walking into the second Denver location of Euflora, whose flagship — dubbed the "Apple store" of dispensaries — is on the 16th Street Mall; Euflora has two more locations in Aurora. The transition shows just how much this industry has changed since that first sale, as mini-chains grow and mom-and-pop shops refocus.

It also shows how much public — and political — awareness of cannabis has changed. Describing that first legal sale, CNN reported: "Azzariti, 32, bought an eighth of an ounce of pot, plus chocolate truffles laced with marijuana. Those treats are called 'edibles' at the store." Three years later, the evolution is definitely food for thought.