Jacqueline Collins
Cannabis and the Hispanic community have a long connection in America, and that relationship is as dark as it is deep.

"Marijuana," perhaps the most common word used to describe the plant in the United States, is of Latin American origin. The term was quickly weaponized against Spanish-speaking communities and cannabis users in the early 1900s, however, with law enforcement and the feds attaching a racist connotation to it. Decades later, the country's first federal cannabis arrest involved a Mexican-American man: Moses Baca was arrested (in Denver, no less) in 1937 for buying and possessing a quarter-ounce of pot, for which he served over a year in prison in Leavenworth, Kansas.

Hispanics have often been on the painful side of America's cannabis story, and the community is still waiting for its much-deserved rewards from legalization, according to Jerrico Perez. An attorney at law office Vicente Sederberg and a boardmember of the National Hispanic Cannabis Council, Perez transitioned from criminal defense to cannabis law in 2014, and has since helped business owners attain cannabis licenses across the country.

As Hispanic Heritage Month runs from September 15 through October 15, we caught up with Perez to learn more about the community's relationship with legal cannabis, and the steps needed to repair so many years of pain.

Westword: How do you think Hispanics are represented in legal cannabis? Do you feel like there's a fair amount of opportunity?

Jerrico Perez: Currently, Hispanics are far underrepresented in legal cannabis, which is ironic, because they have been disproportionately punished for cannabis use for decades. Right now, there is not a fair amount of opportunity.

How important is it to have Hispanics represented in trades connected to cannabis, such as law or other ancillary areas in lawmaking, regulation or finance?

It is incredibly important. Hispanics make up a large portion of the U.S. population. If we don’t have voices from that population involved in the industry, we can’t expect to reap the full benefits that legalization has to offer. It’s no secret that inclusion stimulates economic growth. Even more important and obvious is the duty we have to rectify the decades of disproportionate damage that Hispanics have experienced on behalf of the War on Drugs. Including Hispanics and other POC in an industry born of their incarceration is essential to our work in this industry. 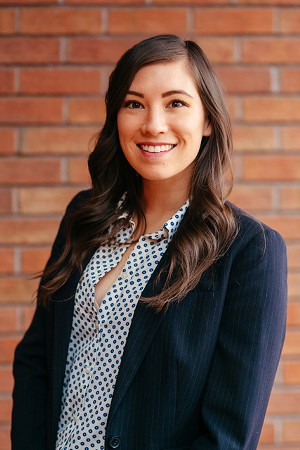 Attorney Jerrico Perez is on the board of the National Hispanic Cannabis Council.
Courtesy of Vicente Sederberg
Communities of color have been vocal about their desire to participate and profit from legal cannabis. Have Hispanic groups and business owners been vocal enough about this? Should they be?

I don’t think that they have been incredibly vocal, but we shouldn’t necessarily put this burden on them. Regulators and other stakeholders should be vocal about the need for Hispanics to participate in the industry. We need to provide access to economic benefits, Spanish-speaking educational materials, and outreach and mentorship for Hispanics and other POC to have fair access to opportunities in the legal industry. That said, we are starting to see more vocalization from the Hispanic population in the industry, with establishment of organizations like the National Hispanic Cannabis Council. It is important to Hispanics to unify their voice and representation in the industry.

Are Hispanic-owned cannabis businesses in Colorado, California or elsewhere common?

No, they aren’t. In fact, we have very few Hispanic clients. Starting and maintaining a business in this industry requires massive amounts of resources. From business planning to legal fees to dealing with state regulators, the financial burden and level of sophistication required just don’t make this a viable option for a population of people that have been historically oppressed and left behind by the government now running the show.

How have Hispanics put their cultural mark on commercial cannabis? How would you like to see it done?

I think Hispanics are just starting to put their cultural mark on cannabis. Without having significant representation in the industry, it’s been hard to accomplish. Now that representation is growing and Hispanics are becoming more active in the industry, I think we will see more of that culture come through. Hispanic populations have historically used marijuana as a spiritual and healing tool, and I think that will be an important aspect of the mark Hispanic culture will make on the industry.

How hard is it to get a marijuana business license nowadays in Colorado? How much harder has it become?

At the state level, getting a license is not incredibly complicated. The process is pretty streamlined at this point. However, on the local level, with local limitations and moratoriums, getting a license can be very difficult in Colorado. We are seeing more buying and selling of licenses than new clients who want to obtain a new license.

If you were an aspiring cannabis business owner, which state would you be looking toward right now?

If I had unlimited financial resources, I would be looking toward states with limited licensing structures, such as Florida or Alabama, where licenses will be valued upwards of $20 million. If I did not have unlimited financial resources, as is the case for most aspiring cannabis business owners, I would be looking toward states that have a low bar for license issuance and allow unlimited licensing and wholesale distribution, such as Mississippi. In either instance, I would be looking toward new states as opposed to more established markets like Colorado, California or Oklahoma.
KEEP WESTWORD FREE... Since we started Westword, it has been defined as the free, independent voice of Denver, and we'd like to keep it that way. With local media under siege, it's more important than ever for us to rally support behind funding our local journalism. You can help by participating in our "I Support" program, allowing us to keep offering readers access to our incisive coverage of local news, food and culture with no paywalls.
Make a one-time donation today for as little as $1.