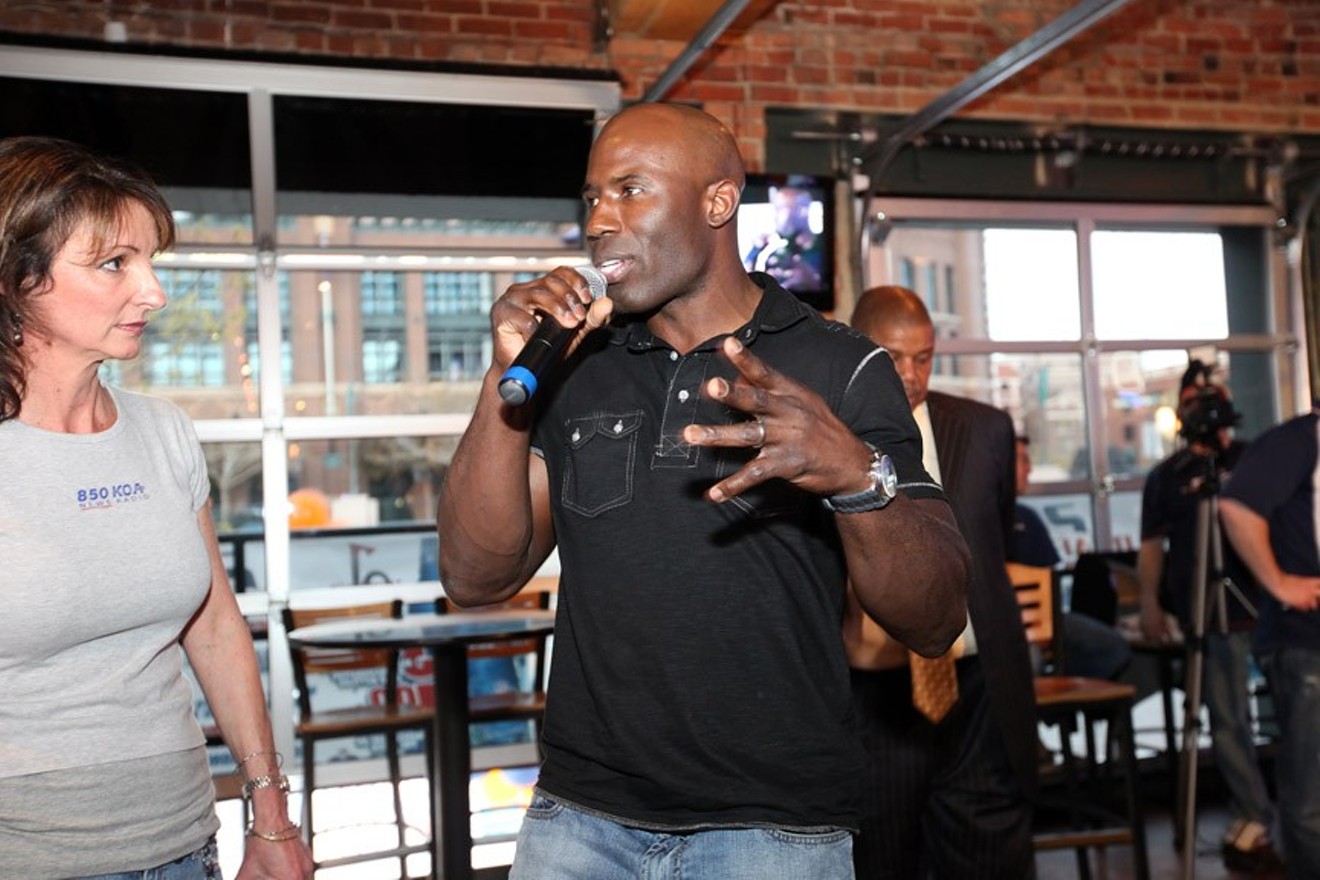 Former Denver Bronco Terrell Davis believes CBD would've helped his playing career. Aaron Thackeray
Former Denver Broncos running back Terrell Davis knows a thing or two about pain and injury. The Pro Football Hall of Famer was on his way to becoming one of the game's greatest of all time when major knee injuries derailed his career — but not before he racked up nearly 9,000 overall yards, 65 touchdowns and plenty of hits.

Davis says he would've been able to suit up longer if he'd been allowed to take CBD during his playing days. And now the three-time All-Pro running back is pushing the cannabinoid after partnering with Defy, a CBD-infused sports drink.

A compound of hemp and marijuana, CBD isn't psychoactive, but rather shows potential for treating pain, inflammation, anxiety and skin disorders, among other afflictions. In an interview with TheStreet, Davis says he'd been taking anti-inflammatory medications for years to treat joint pain and migraines.

"And we all know that the long-term effects of being on anti-inflammatory medicine is not good," he says in the story. "I've been on CBD for well over a year now, and I can tell you that my body feels great. I have no more inflammation in my body, my knee, and my joint pain is gone. My migraines — I haven't taken migraine medicine for over a year."

Davis recently told TMZ that taking CBD might have helped with the inflammation he suffered during rehabilitation to get back on the football field, possibly extending his shortened career.

In addition to this new venture with Defy, Davis is involved with other cannabis-industry efforts, such as working with the Minority Cannabis Business Association to promote a more diverse pot industry.

Defy hasn't hit shelves just yet. But because the product is made from hemp-derived CBD, the company won't have to limit sales to marijuana dispensaries where pot is legal; it can also offer it online or at CBD stores around the country.
KEEP WESTWORD FREE... Since we started Westword, it has been defined as the free, independent voice of Denver, and we'd like to keep it that way. With local media under siege, it's more important than ever for us to rally support behind funding our local journalism. You can help by participating in our "I Support" program, allowing us to keep offering readers access to our incisive coverage of local news, food and culture with no paywalls.
Make a one-time donation today for as little as $1.