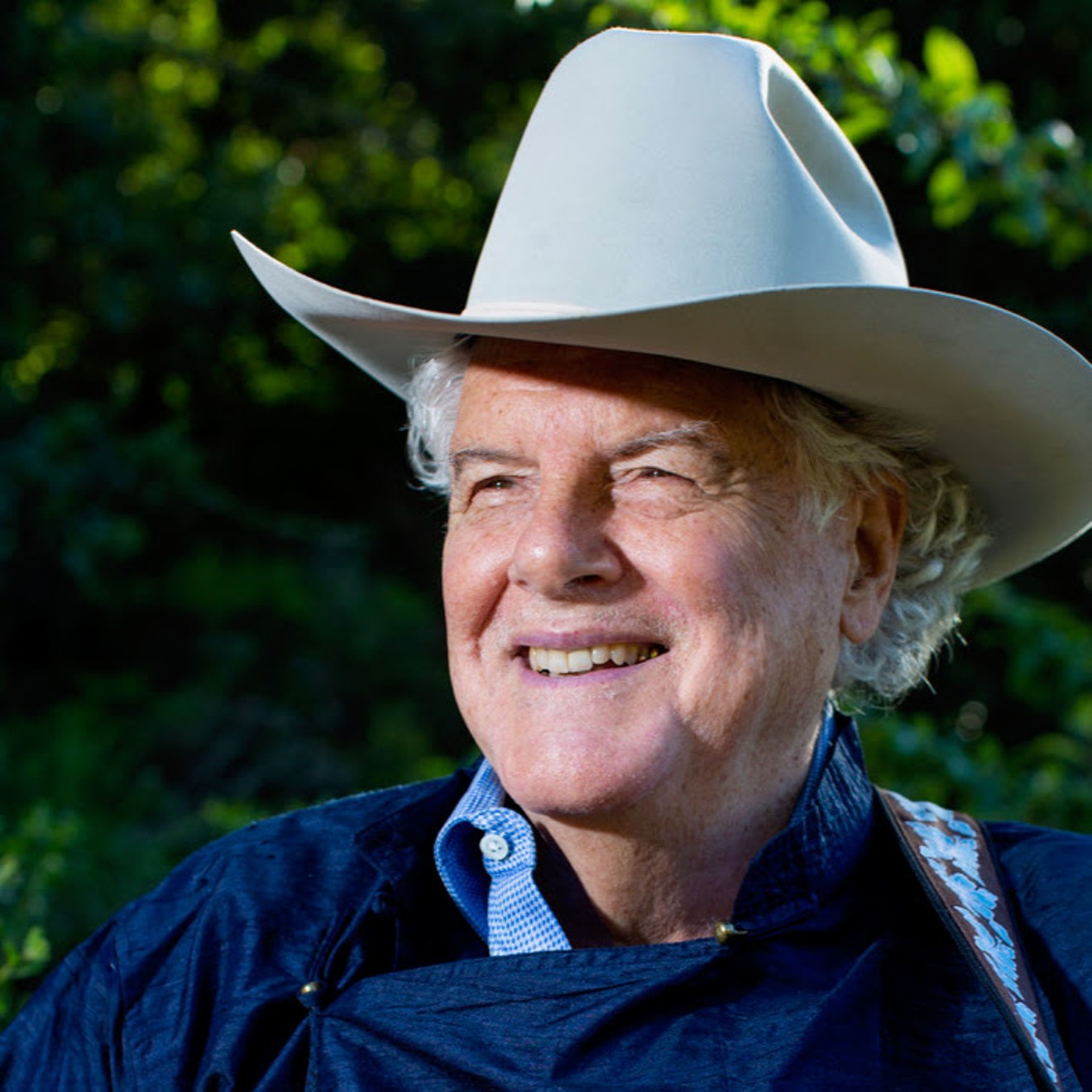 Peter Rowan is being celebrated at the inaugural American Music Legacy Festival. Amanda Rowan
Organizers of the American Music Legacy Festival say that the new three-day event at the Dillon Amphitheater was designed to celebrate great American artists who’ve had long careers and influenced countless people. In its inaugural year, the festival will center on bluegrass musician Peter Rowan, who is expected to take the stage all three days and play with numerous bands.

The festival begins on Friday, July 23, with Fireside Collective, the Lil Smokies and the Del McCoury Band. On July 24, Big Mon, Tim O'Brien Band and the Infamous Stringdusters take the stage. The festival closes out on July 25 with Bowregard, Dan Tyminski Band, Los Texmaniacs and Railroad Earth. Longmont-based musical duo Bonnie and Taylor Simms will emcee the three-day event.

Rowan has started or played in numerous bands, and some of the performances will pay homage to those projects. Rowan, who once headed Peter Rowan & Crucial Reggae, will join Big Mon on July 24 as the band plays the songs of Bill Monroe in a reggae style. On July 25, Los Texmaniacs will join Rowan to perform music from the Free Mexican Air Force.

While Rowan might not necessarily be a household name, O'Brien explains that he's a musician’s musician, someone who influenced people in everything from the bluegrass genre to the modern jam band, reggae and folk-rock scenes, as well as numerous singer-songwriters.

“Probably the release that got him the widest acclaim was Old & In the Way, with Jerry Garcia and David Grisman,” O’Brien says. “A lot of the songs continue to be covered by more modern jam bands over the span of forty years. Peter continues to play major festivals throughout the country.”

During the July 25 finale, Rowan will play songs from that album with Bill Nershi of the String Cheese Incident. O'Brien suggests that some of the performers at the 49th annual RockyGrass Festival taking place the same weekend in Lyons might make the trek to Dillon to sit in on the end of the festival.

“Some of those folks are like, ‘Game-day decision. I’ll see how I feel,'’’ he says. “It’s about an hour-and-45-minute drive from Planet Bluegrass to Dillon Amphitheater.”

To help preserve the musical legacy, film crews will interview the musicians, capturing their camaraderie as well as their backstories. “We have a multi-camera shoot, and we’ll be recording the entire event,” O’Brien says. “We'll have that archival footage, and we'll work with all the bands to secure the permissions and see what develops out of that.”

O’Brien wants to make footage of the performances available to museums.

“Smithsonian is one I had in mind,” he says. “They’re very supportive of American music. We want to provide this footage to them in the archival sense, if they want to do something with it historically.”

The Dillon Amphitheater sits near Dillon Reservoir, with a beautiful view of the mountains to the west; O'Brien likens the scene to a Bob Ross painting. Some of the bands will record songs on a boat out on the lake as part of the PonTune Sessions series of videos. “It’s remarkably unique,” he says. “It’s just spectacular, like sitting in a postcard while watching the show.”

Although the setting won't change, in future years the genres celebrated at the festival might, depending on whom organizers decide to honor.

“We’d like to plant a seed this year and develop as we move forward,” O'Brien concludes. “It seems like we're getting good interest.”

The American Music Legacy Festival starts at 5 p.m. Friday, July 23, and continues through July 25 (doors on Saturday and Sunday at 3 p.m.) at the Dillon Amphitheater. Tickets start at $35, and three-day passes are available; to buy them and get more information, go to dillonamphitheater.com.
KEEP WESTWORD FREE... Since we started Westword, it has been defined as the free, independent voice of Denver, and we'd like to keep it that way. With local media under siege, it's more important than ever for us to rally support behind funding our local journalism. You can help by participating in our "I Support" program, allowing us to keep offering readers access to our incisive coverage of local news, food and culture with no paywalls.
Make a one-time donation today for as little as $1.