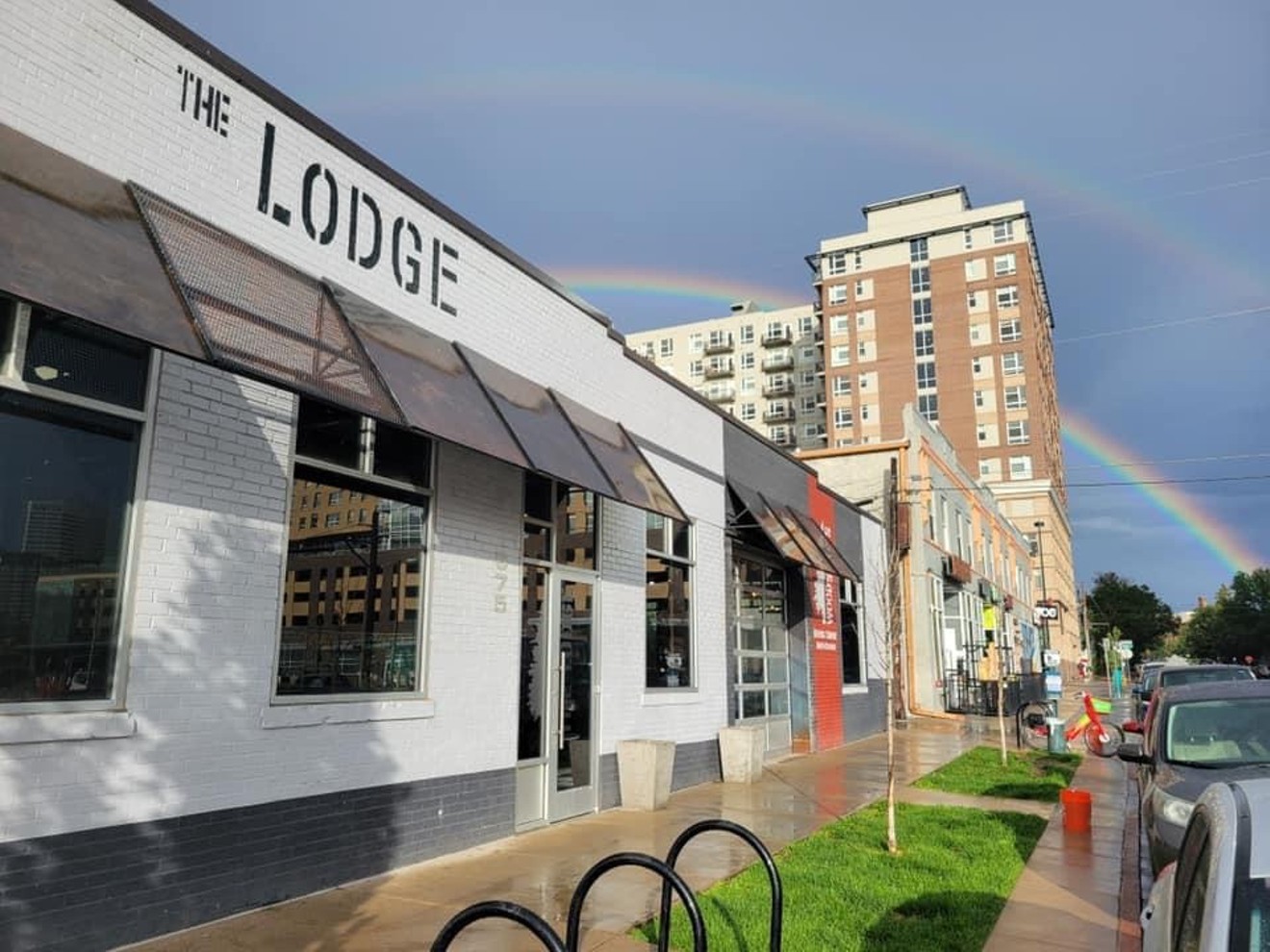 The benefit happens at Woods Boss Brewing. Courtesy of Woods Boss Brewing
After the Supreme Court draft that would overturn Roe v. Wade was leaked, musicians Niki Tredinnick and Alice Hansen wanted to mobilize. “A lot of us were feeling really angry and powerless about something that’s really important,” Tredinnick says. “I [felt] like I either [needed] to drive to D.C. to protest for the rest of my life, or do a benefit concert.” Within a week, the concept for Rock ’N' Roe was created.

The benefit concert for reproductive rights will be held on Sunday, June 12, at Woods Boss Brewing Company. Musicians and poets will take the stage from noon to 7 p.m., and various food trucks will be serving outside. The event itself is free, but donations are encouraged, and $2 from every full pour will be donated to the Yellowhammer Fund, an abortion fund and reproductive justice organization serving Alabama, Mississippi and the Deep South.

Rock ’N' Roe is about “finding some outlet to bring people together,” Hansen says. “To make something productive out of something that’s very upsetting and very traumatic.”

In addition to being a Denver musician for fifteen years, Hansen worked for Planned Parenthood from 2011 to 2018, and is deeply committed to addressing issues surrounding reproductive care. Tredinnick is a multi-instrumentalist who fronts the Dollhouse Thieves, and she says her activism is greatly motivated by her daughter’s future. “I refuse to have her and her generation grow up with less reproductive rights and health-care access than I had,” she explains.

After deciding they wanted to organize Rock ’N' Roe, Hansen and Tredinnick immediately reached out to Woods Boss. Tredinnick and her husband, Luke, have hosted an open mic at the brewery for years and appreciate the owners’ and staff’s community-driven focus. Woods Boss hosts fundraisers and often donates portions of their proceeds to various causes.

Sonrisa MacDonald, who’s been the Woods Boss taproom manager for over four years, says she was excited by the opportunity to host the concert. She was equally angered by the Supreme Court draft decision, worried that it would affect her and her wife’s ability to have a child through in vitro fertilization. MacDonald says she told one of the owners that the benefit concert would happen whether he liked it or not. But everyone was on board.

Alice Hansen (left), Niki Tredinnick and Luke Tredinnick at the 2017 Women's March.
Kelly Maxwell
The organizers decided to raise money for the Yellowhammer Fund because of its geographic location. “We’re here in Colorado, where Governor Polis codified our right to abortion care,” Hansen says. “We’re so lucky to live here. And even though Colorado will be handling a huge influx of people needing care, we wanted to focus on one of the areas where women are going to have less access to reproductive care.”

The Yellowhammer Fund specifically focuses on providing financial assistance to those in need of an abortion. Those funds can cover the procedure itself, as well as needed travel, lodging and food expenses. On its website, Yellowhammer writes that "providing financial support for marginalized communities is an act of justice and dignity. As such, we center our work around the pregnant person seeking assistance in whatever form that takes.”

Though this is one of the first benefit concerts Hansen and Tredinnick have spearheaded, they’ve found extensive community support in Denver. They estimate that more than fifty individuals have contributed time toward creating the event, as well as offering to perform or donating goods for the silent auction.

Several local breweries, including River North Brewery, Our Mutual Friend Brewery, Cerebral Brewery, Baere Brewing Company and Lady Justice Brewing, are helping to promote the event, and some (yet to be announced) will be donating items to the silent auction, as well. The auction will also include items such as two tickets to a show of your choice from Swallow Hill Music, free music lessons from Kayleen Patrick and Tredinnick, and a couple of escape rooms for up to six people from Escapology.

Food will be available during the event from Solutions Lounge and Saucy Chops food truck. And after Rock ’N' Roe ends, neighboring bar Pairadice will host an after-party, donating one dollar from every drink sold from 7 p.m. to midnight to Yellowhammer.

Rock ’N' Roe is “about unifying,” Hansen explains. “What better force and what better means than music to help process together?”

It’s also going to be “lots of fun,” MacDonald adds.

Rock ’N' Roe, 2 to 7 p.m.Sunday, June 12, Woods Boss Brewing Company, 2210 California Street. Admission is free, but donations are encouraged. Learn more about the event on Facebook or follow Woods Boss on social media. Learn more about the Yellowhammer fund on its website.
KEEP WESTWORD FREE... Since we started Westword, it has been defined as the free, independent voice of Denver, and we'd like to keep it that way. With local media under siege, it's more important than ever for us to rally support behind funding our local journalism. You can help by participating in our "I Support" program, allowing us to keep offering readers access to our incisive coverage of local news, food and culture with no paywalls.
Make a one-time donation today for as little as $1.
Claire Duncombe is a Denver-based freelance writer who covers the environment, agriculture, food, music, the arts and other subjects.
Contact: Claire Duncombe