Put It on Your Playlist: The Best New Music Released in Denver and Beyond 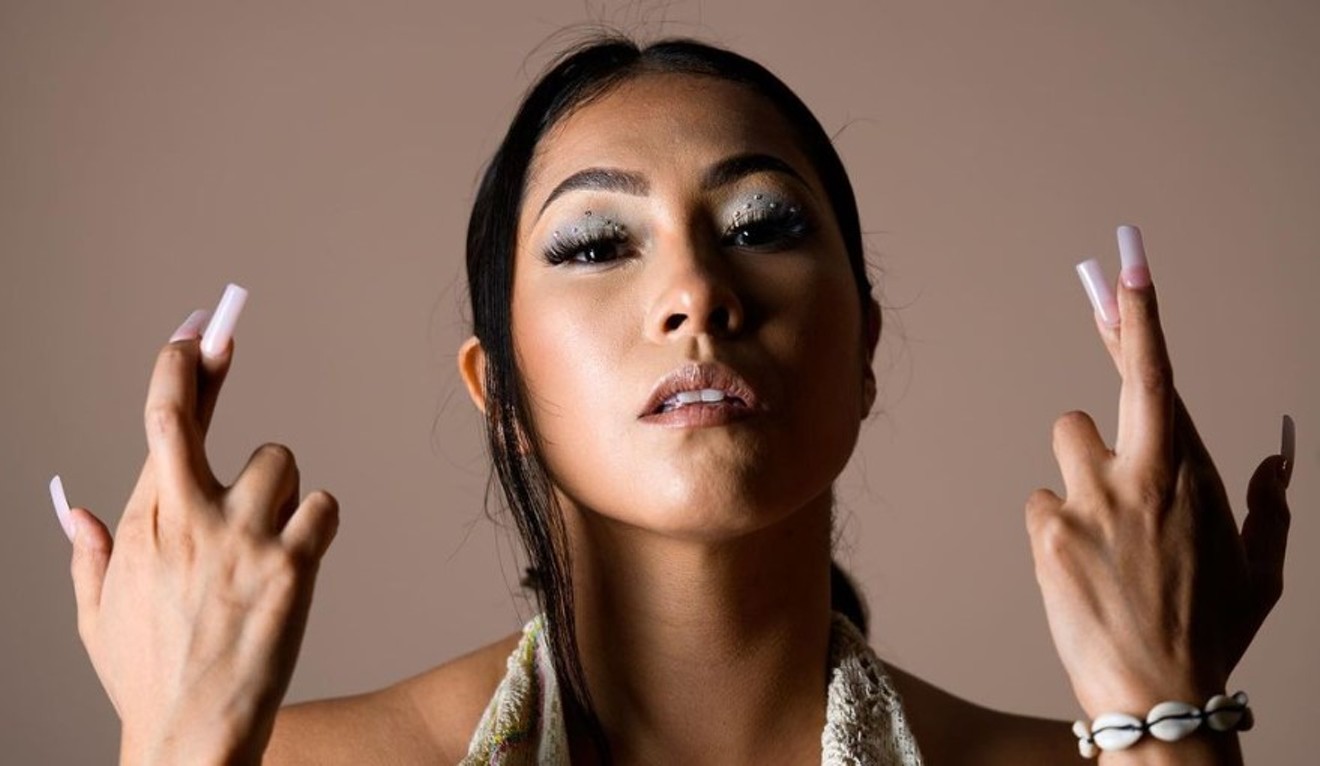 Lolita of 2MX2 has released a new single. https://www.instagram.com/p/CfrllfeuBb8/?hl=en
In need of new music? Look no further. With our new Put It on Your Playlist series, we're uncovering the best new music being released by local acts and more.

In this week's roundup, Denver alt-rockers Bleak Mystique drop a six-song EP, 2MX2 member Lolita shows the world why she is La Más Chingona, and David Lawrence & the Spoonful release a debut collection of Americana songs.

In national news: Grateful Dead founder Bob Weir releases his second volume of live Colorado recordings on Third Man Records. Get it and get in the mood for Dead & Co.'s final tour next summer.

Hey, Gen Xers and millennials: Remember that $2 Fat Compilation you had in 1997? Now you can have it on vinyl for $20 via Fat Wreck Chords!

All of these releases are available for listening on all major streaming platforms.

Sam Shapiro
Peter Vo
Bleak Mystique
Bleak Mystique
The Denver alternative-rock band’s self-titled EP evokes the grumpy, dynamic alternative outfits of the ’90s. The opening song, “Something I Can’t Do,” showcases swirling guitar melodies, sonic shifts and somewhat anguished, emotive vocals from singer Sam Shapiro. It’s not all angst, though: Songs like “Treading Water” and “Tantrum” include a more pop sensibility. The EP also carries a couple of instrumental compositions with psychedelic flourishes and baroque pop leanings. It’s a little Pixies and a little Beatles with some Kinks tossed in for good measure.

Lolita
"La Más Chingona"
Lolita is a fixture in Denver's 2MX2 crew, which fuses traditional Latin rhythms and hip-hop into a danceable blend. She’s struck out on her own with this Spanish-language hip-hop track, which includes fellow 2MX2 members 01 and Juice dropping verses and producer DMD providing a guitar-, bass-, trumpet- and 808-infused track. It’ll make you want to dance and celebrate the chingona — roughly, the "badass woman" — in your life. Coupled with the hilariously disturbing video, the message of the song seems to be this: Don’t fuck with Lolita.

Fat Wreck Chords
Physical Fatness: Fat Music Vol. III
Fat Wreck Chords started releasing CD samplers in 1994 that sold for a few bucks and let people check out a band before taking the full-album plunge. Now that we’ve decided collectively to spend twenty bucks on vinyl, you can have Physical Fatness, the third entry, on wax. The record includes several classic punk nuggets, including NOFX’s take on the jazz standard “All of Me,” Screeching Weasel’s “Cool Kids,” Snuff’s drunken singalong “Arsehole,” and Me First and the Gimme Gimme’s version of “Me and Julio Down by the Schoolyard,” which gives the original a run for its money. The album is available for pre-order and expected to ship at the end of October.

David Lawrence
Roxie Photo
David Lawrence & the Spoonful
Lean In
It’s safe to say that David Lawrence works firmly in the genre known as Americana. Mixing Delta blues, roots and his take on Gypsy jazz guitar, Lawrence possesses an intangible quality — maybe it’s personality — that imparts something special to the songs, pushing them beyond the standard Americana fare. On this debut album, “Cupcakes and Cigarettes” is a banger of particular note. “Seeds We Sow," the band’s first single, sprang from Lawrence watching the horrible wildfires burning in the mountains in 2020. There’s a lot going on here, and the lyrics invite listeners to take a deep dive.


Bobby Weir & Wolf Bros
Live in Colorado Vol. 2
The Grateful Dead was a California band, but Colorado feels like the proper capital for the jam genre the group launched. Founding Dead member Bob Weir must know that, too, because he’s dropping the second volume of his band, the Wolf Bros., playing at Centennial State venues such as Red Rocks Amphitheatre and the Gerald R. Ford Amphitheater. The record starts with a take on the Merle Haggard classic “Mama Tried,” which was also a Dead standard, and quickly goes into long jams of mostly Dead songs, but there’s also some Marvin Gaye in there. The first volume came out earlier this year on Jack White’s Third Man Records.

Photon
Séan Regan
Photon
Stranger Woogs
Denver trio Photon makes some enticing sounds. It’s a little electro, a little funk, a little jazz, a little drum-and-bass. More succinctly, it’s the music you’d imagine Captain James T. Kirk might hear after stumbling into some exotic club in a far-off galaxy and immediately know it's the place he’s been looking for. Member Jimmy Dunston says he wrote the second track, “Chickens in Space Part 2,” as an homage to drum-and-bass master LTJ Bukem and his ability to light up a crowd no matter what he’s playing. The spacey grooves on this four-song EP make for an engaging listen. Photon also includes Dan Africano, perhaps best known in Denver for his instrumental dub reggae outfit, Death by Dub, and Neal Evans of Dopapod. The EP comes out on Denver label Color Red Music, which has been releasing plenty of varied music, both local and otherwise, over the past few years.

Are you a Colorado musician with new music? Send submissions to [email protected]
KEEP WESTWORD FREE... Since we started Westword, it has been defined as the free, independent voice of Denver, and we'd like to keep it that way. With local media under siege, it's more important than ever for us to rally support behind funding our local journalism. You can help by participating in our "I Support" program, allowing us to keep offering readers access to our incisive coverage of local news, food and culture with no paywalls.
Make a one-time donation today for as little as $1.