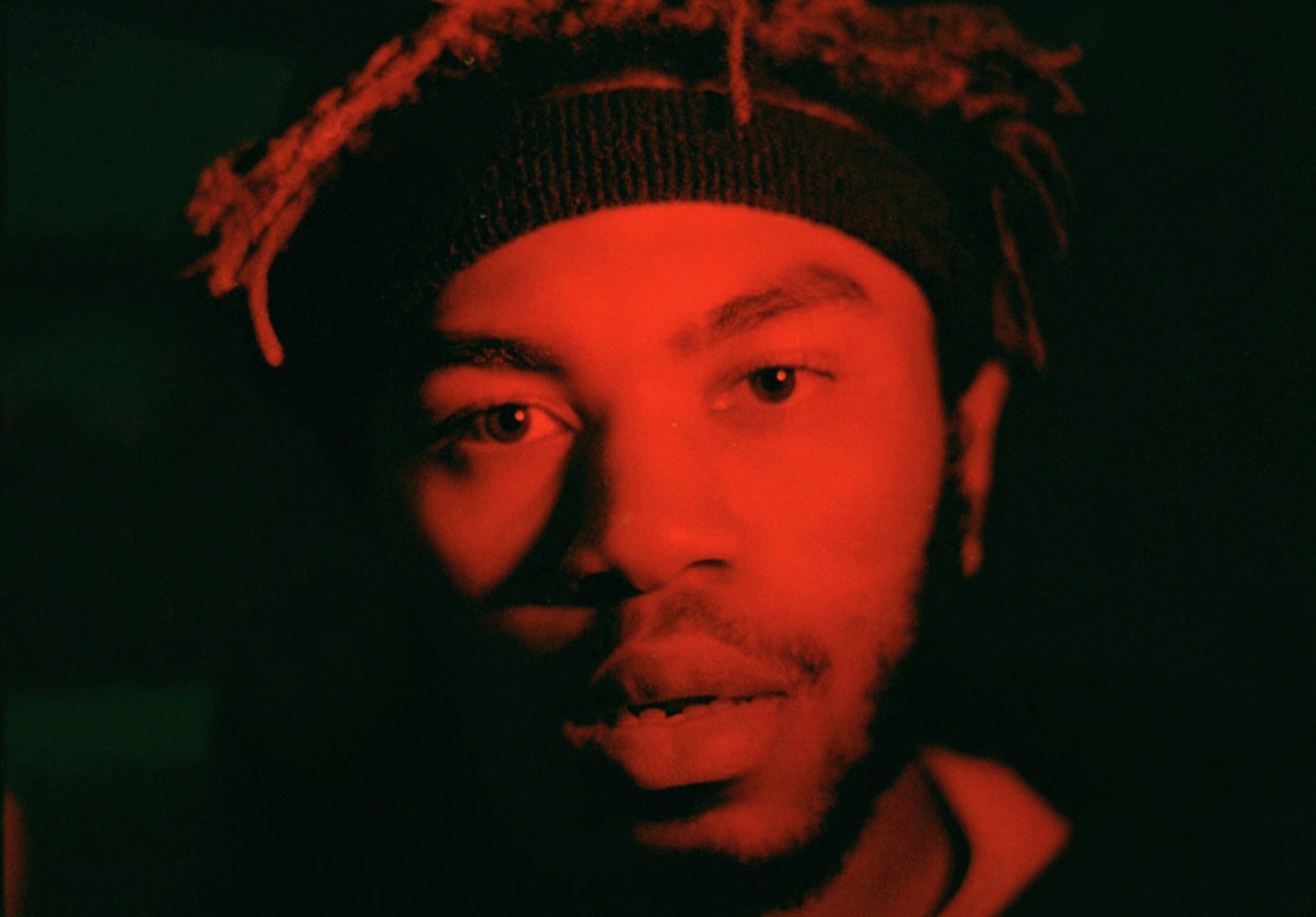 Kevin Abstract of Brockhampton. Izzy Commers
People have had a hard time finding the appropriate label for Brockhampton. Is it a rap crew?  A music collective? A hip-hop group? A boy band?

Brockhampton's members say, yes, a little bit of each — but absolutely a boy band.

And that’s what's so special about them: They are reinventing a musical genre. They are transcending the predetermined rules of popular culture yet breaking through the corporate noise; after all, Brockhampton, which surprisingly formed on KanyeToThe, a Kanye West fan forum, has been running its own project independently.

At Thursday night's Denver show, young people flooded the Ogden: Weirdos, hip-hop heads and kids in Bad Religion T-shirts and dyed green hair. They knew the words to every song (let me note that this band released three full-length albums, Saturation I, II and III, in 2017 alone). And the crowd went wild when the band told them that on the Love Your Parents tour, “Brockhampton is pushing the gay agenda.”

It didn’t take long to convince me that this band might just change the world.

Brockhampton lands outside of traditional genres while playing with them at the same time. These musicians don't have an either/or, but rather a both/and kind of project.

And the group isn't subtle, either. It's fourteen members strong, they’re multi-racial, and they know exactly how to open a show. Hitting the floor with the high-energy dance track "BOOGIE," they encouraged audience members to mosh and brought the crowd to a frenzy, feeding off each other’s energy.

Out of the gate, the concert worked. Everybody in the venue had their hands in the air, belting out the lyrics and dancing their hardest on a cold, snowy night.


One thing’s clear here: Brockhampton is challenging hip-hop at its core. On Thursday night, part of that was making sure we remembered the group as the “world’s greatest boy band,” a phrase the musicians repeated multiple times over the evening.

The group was fully equipped with an AutoTune machine, multi-genre slow jams like "Bleach," catchy hooks, and dream-pop synth songs like "Swim."

The bandmates wore matching orange jumpsuits. And although their brief synchronized dance routine at the end was over the top, by the end of the evening their overall performance struck the perfect balance between delivering what the audience wanted in a boy band, with rooftop breaking tracks about race, gender and being gay.

Brockhampton is made up of smart beatmakers and clever storytellers. The members' lives are complicated, and their storytelling functions best when they play off each other’s strengths, as a hip-hop family.

They struggled a little bit at times. Admittedly, a few of them were under the weather (Joba was running a fever on stage). And at one point during their set, the lights went dark, the music stopped, and they sat down, on living-room furniture set up on stage, to take a break.

They started doing standup – and it was unclear whether that was part of the show or a coverup for technical difficulties. Either way, It didn’t work.

One bad joke in, Kevin Abstract shifted to a live Q&A session while the techs were fiddling around. The band's energy drooped in this moment.


Then someone in the audience asked Kevin Abstract why he always raps about being gay, a possibly unwitting reference to a line from one of Saturation II’s singles, “Junky": “Why you always rap about bein' gay?”

The crowd ate it up, and Abstract asked the audience to answer that question for him. Fans shouted the following line from the song: “’Cause not enough niggas rappin’ be gay!”

Abstract quickly moved on, but not before quietly reminding the mostly white audience that it just freely used the N-word.

During their encore set, Brockhampton broke into the feel-good dream-pop beats of "Hottie." Kevin Abstract nailed the hooks every time, and the band delivered a playful love song that scratched beneath the surface of pop music's traditional formula.

As the crowd was still going wild, Brockhampton delivered a swift blow, reminding us that underneath the manufactured pop music exist personal stories, many of them brutal.

At the Ogden on Thursday night, Brockhampton proved itself to be one of the smartest musical acts around, reinventing images of manhood and musical genres alike. The group has realized its full potential with Saturation III and the Love Your Parents tour, and won over an entire generation of fans in the process. 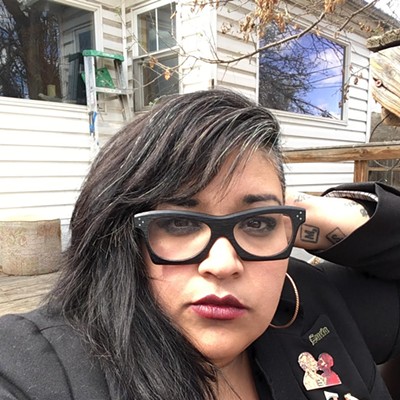 Eneri Rodriguez is a faculty troublemaker at the Institute for Women's Studies and Services at Metro State University Denver. She is into gender, horror movies, and music that gives a damn.
Contact: Eneri Rodriguez