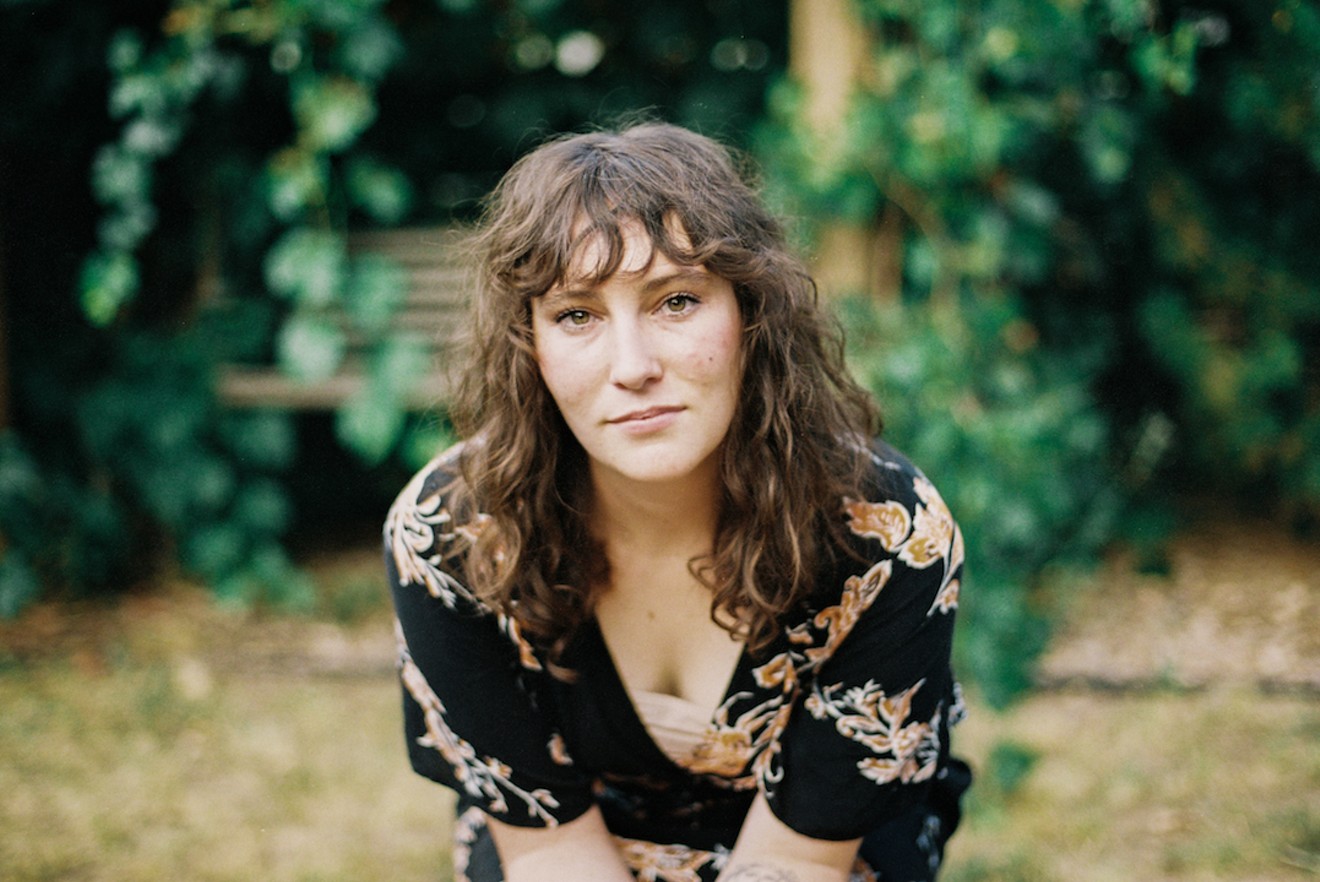 Claire Heywood Adrienne Thomas
“I’ve been thinking: Don’t think poor,” Denver musician Claire Heywood sings in her new folksy song, "Letter Day," released on August 28. In the single, Heywood captures the familiar feeling of waiting for a note to come in the mail or to your inbox that might bring good news. It might be an acceptance letter, a response on a job you’re hoping to get, or, in the case of many Americans this year, a stimulus check.

In the tune, Heywood sneers at the idea that the power of positive thinking can bring financial reward.

“It’s one thing to say if you’ve never experienced paycheck-to-paycheck,” Heywood says. “If you’ve never been in that position, you don’t understand how hard it is to think positively. It’s degrading to your being.”

The singer understands the difficulty of thinking positively in tough financial situations, as she found herself waiting for a stimulus check like so many others this year. “I ended up singing "Letter Day" all spring, because I really needed this stimulus check.

“Letter Day” was actually written in the summer of 2019 but put aside until recently. Heywood was working in the marketing industry at the time. The song came to her one day before work, and she wrote it very quickly.


“I was really feeling the feelings about work and money and all that," she says. "It was a time of balancing a lot of different stuff.”

Like many, navigating COVID-19 and the state's stay-at-home order brought out plenty of emotions for Heywood. But that did not translate into a rush of creative output.

“When quarantine started, I did not write a lot," she says. "I was in a day-to-day survival mode, and my creativity was hiding,” Heywood says. “My housing was not exactly settled at the time. I wasn’t sure where I was gonna live next. I really needed some time to look at the basics of my life.”

It wasn’t until after quarantine that Heywood realized how resilient she was, and her creative juices began flowing again. That was when she resurrected and wrapped up "Letter Day" — a song that more people than ever can relate to during the pandemic.

Even so, the song is not directly about life during COVID-19.

"I feel like I’ve referenced feeling isolated, that things are shut down," she says. "But I’m not writing the pandemic blues."

Letter Day is available to stream or purchase now.
KEEP WESTWORD FREE... Since we started Westword, it has been defined as the free, independent voice of Denver, and we'd like to keep it that way. With local media under siege, it's more important than ever for us to rally support behind funding our local journalism. You can help by participating in our "I Support" program, allowing us to keep offering readers access to our incisive coverage of local news, food and culture with no paywalls.
Make a one-time donation today for as little as $1.